A JOURNALIST has been arrested after the Ryanair flight he was on was force to divert to Minsk where he was a wanted man.

Roman Protasevich, a Belarusian opposition activist and journalist, was arrested in Minsk after a Ryanair flight from Greece to Lithuania was forced to make a detour after being contacted by Belarusian authorities.

The flight was almost at its destination, Vilnius, when it veered towards Minsk after an bomb scare on board, allegedly accompanied by a Belarusian MiG-29 fighter jet.

When the flight landed in Minsk, it was grounded for seven hours as authorities checked the plane for any weapons or devices.

While none were found, journalist Mr Protasevich, the ex-Editor of Nexta and a long-outspoken critic of president Lukashenko, was arrested and detained before the flight was allowed to take off again.

According to AFP News Agency, a passenger on the flight reported that Mr Protasevich looked "very sad" and told other passengers he was "facing the death penalty". 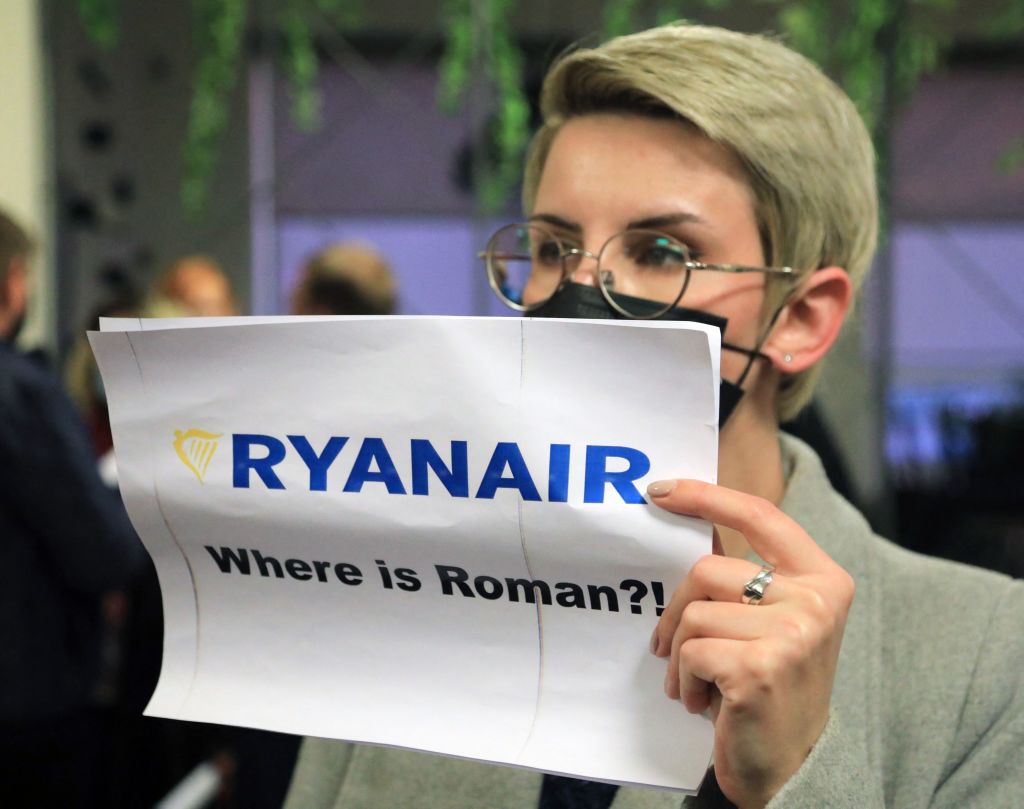 "This is an Irish Airline with EU citizens on board, forced to land in Minsk, while travelling between EU cities.

"A strong [and] united response from EU is needed," he urged. "EU inaction or indecision will be taken as weakness by Belarus."

He was responding to a statement from EU Commission President Ursula von der Leyen, who said any violation of international air transport rules "must bear consequences".

It is utterly unacceptable. This is an Irish Airline with EU citizens on board, forced to land in Minsk, while travelling between EU cities. A strong an united response from EU needed.
EU inaction or indecision will be taken as weakness by Belarus. @dfatirl https://t.co/WUwdcsTjSU

A Ryanair statement on the diversion and delay made no mention of Mr Protasevich's arrest-- a spokesperson said the crew on board were notified by Belarus authorities of a "potential security threat on board".

The statement continued that the crew were instructed to "divert to the nearest airport, Minsk", despite flight patterns showing that the destination airport of Vilnius was in fact closer than the Belarusian city.

"The aircraft landed safely and passengers were offloaded while security checks were completed by local authorities. Nothing untoward was found and authorities cleared the aircraft to depart together with passengers and crew after approx. 7 hrs on the ground in Minsk."

The fact that no mention of Mr Prostavich's arrest or 'kidnap'' was made in the statement has sparked confusion and anger among the public across Europe.