DUBLIN, IRELAND - SEPTEMBER 28: Pro Choice supporters from Northern Ireland take part in the March for Choice on September 28, 2019 in Dublin, Ireland. The Republic of Ireland voted last year in a referendum to repeal its restrictive abortion laws. Legislation brought in by MPs at Westminster in the absence of the Northern Ireland power sharing executive means abortion will be decriminalised in the province unless the executive reconvenes by the 21st of October. (Photo by Charles McQuillan/Getty Images)

SAME-SEX MARRIAGE and abortion are set to become legal in Northern Ireland for the first time.

The changes are the result of amendments to a routine Commons Bill on the governance of Northern Ireland tabled by Labour Party backbenchers Conor McGinn and Stella Creasy.

McGinn put forward a proposal calling for Westminster to legislate for same-sex marriage in Northern Ireland with Creasy then proposing the decriminalisation of abortion.

Both amendments were passed through parliament with significant majorities in what was described as a “watershed moment” for social justice campaigners.

The changes meant same-sex marriage and abortion would become legal unless the Northern Ireland Assembly had been restored by midnight on 21 October, tonight.

It brings Northern Ireland in line with Ireland and the rest of the UK, where both abortion and gay marriage are already legal.

In 2018 the Irish people voted by a landslide to repeal the 8th amendment to the country’s constitution, paving the way for the government to legislate for abortion. 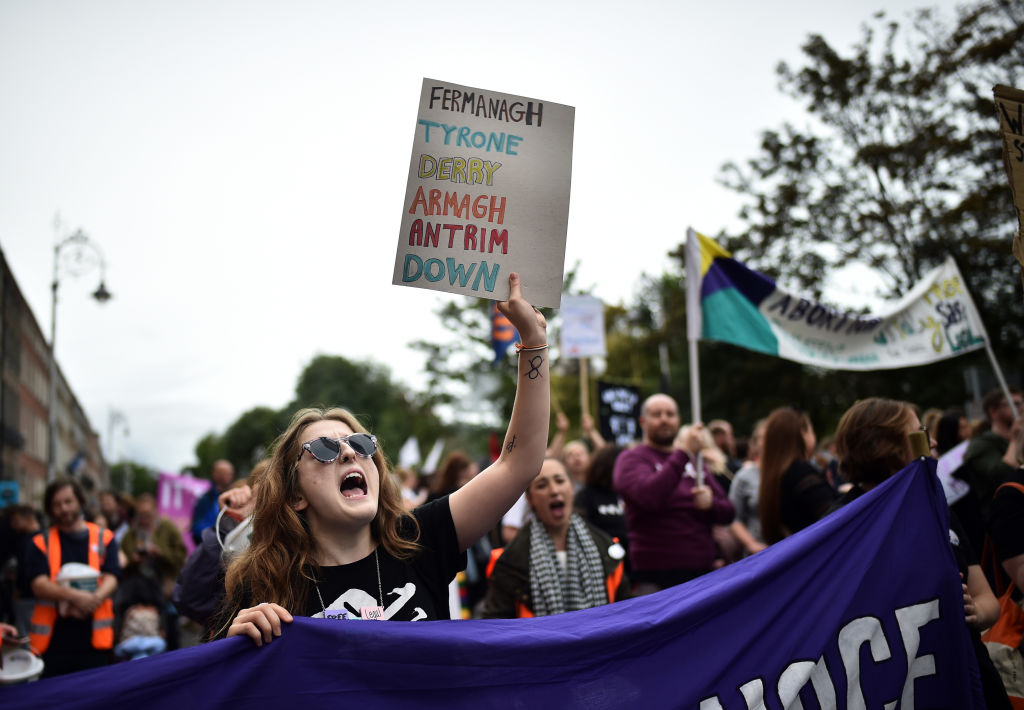 Same-sex marriage in the Republic of Ireland has been legal since 16 November 2015.

The plans are opposed by the Democratic Unionist Party (DUP), which organised a petition to recall the Northern Ireland Assembly.

The Stormont Assembly is meeting for first time in almost three years to discuss the decriminalisation of abortion in Northern Ireland following the petition.

However, the sitting represents a symbolic protest rather than a genuine challenge o the law change with the DUP unable to form a government alone.