DINGLES’S famous bottlenose, Fungi, might have a little competition on his hands after a Scottish dolphin - who hadn’t been seen since September - appears to have found a new home off the coast of Co. Kerry.

After washing up on an Aberdeen shoreline in 2016, Spirtle suffered severe sunburn and was given little chance of survival.

She managed to recover though, with her progress being monitored closely for two years. However, with the last sighting of her coming in September last year, many feared that the young dolphin had died. 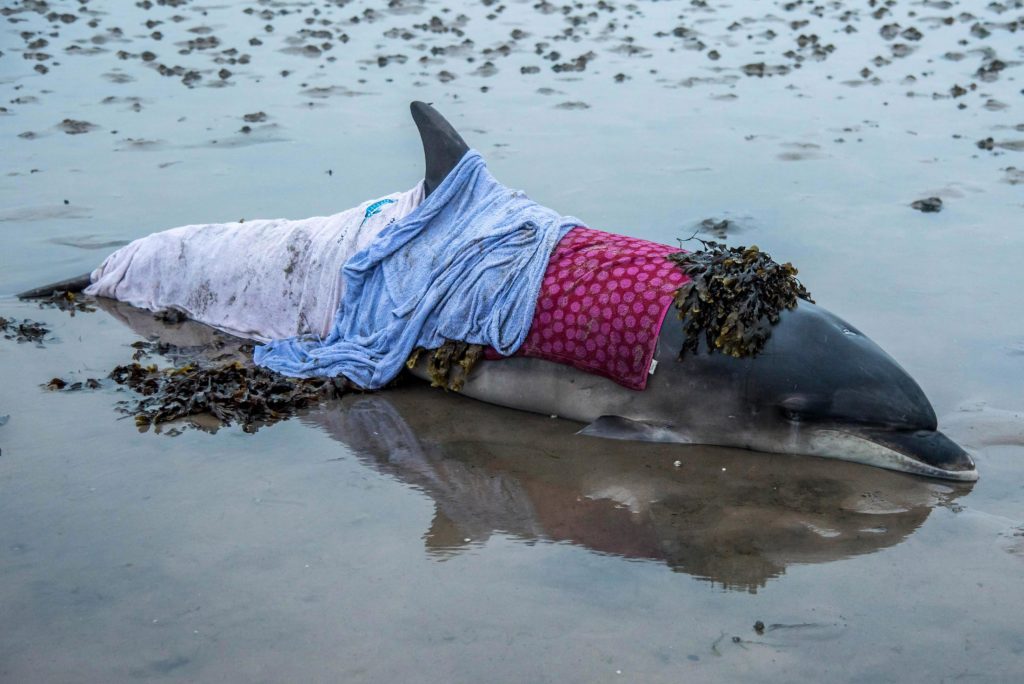 Spirtle was stranded on a Scottish beach back in 2016

But miraculously, Spirtle was spotted off Co. Wicklow in May and after a period of eluding experts, she was spotted again numerous times off the Kerry coast near Fenit.

Spirtle can be recognised by her unique skin discolouration due to sunburn.

The Irish Whale and Dolphin Group (IWDG) said they were stunned and delighted not only to see that Spirtle was safe and well, but that she appears to have settled on the south-west coast of Ireland.

“We thought: ‘it can’t be’, but there were pictures sent in and it was Spirtle,” said IWGD CEO Simon Berrow.

“Will these dolphins take a residence in Fenit? Will they join the Shannon dolphin population?

Mr Berrow mentioned that it was nothing short of a miracle that Spirtle survived her stranding, which left most of her right side red-raw after being scorched for hours on mudflats in the Cromarty Firth, Moray.

“You wouldn’t have given that dolphin any chance whatsoever,” added Mr Berrow. 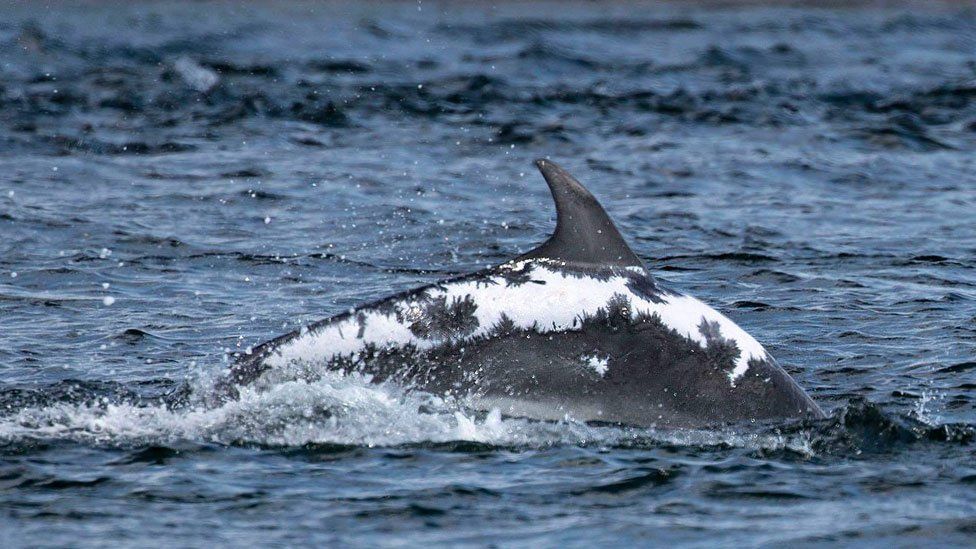 Spirtle has now been sighted off the coast of Co. Kerry numerous times in the last few months

“It was unbelievable. Lost stranded dolphins and porpoises generally do die. We make an assessment, you don’t just refloat every animal that strands because they might be in poor condition, they might not be a candidate for refloating.

“With severe sunburn like that, on a young animal, you wouldn’t give it any chance at all.”

It remains to be seen at this point whether Spirtle will permanently stick around on the Kerry coast, but don’t expect a famous coupling-up with our native Fungi. Dolphins who come into regular contact with humans tend to lose some of their natural instincts.