Margartet Ferrier has had the party whip suspended and is facing calls to resign (Image: UK Parliament)

A SCOTTISH MP has been suspended for flouting coronavirus rules and putting others at risk.

Scottish National Party politician Margaret Ferrier, who represents Rutherglen and Hamilton West, offered an explanation and apology but is facing growing calls for her resignation.

According to Ms Ferrier, she requested a coronavirus test after experiencing "mild symptoms" on Saturday and received a test the same day.

The rules state you must self-isolate when awaiting a test result, but the MP said she felt "much better" and travelled to London from Scotland by train on Monday to attend Parliament.

"This was wrong," she said in a statement, "and I am very sorry for my mistake".

While she was in London, on Monday evening she received a test result which confirmed she had tested positive for the respiratory virus.

Rather than self-isolating or taking a private car home, the SNP politician travelled back to Scotland by train "without seeking advice".

"This was also wrong and I am sorry," she added. "I have been self-isolating at home ever since."

She confirmed she had used Test and Protect and spoken with the House of Commons authorities who have in turn spoken with Public Health England.

Ms Ferrier added she had also notified police of her actions.

"Despite feeling well, I should have self-isolated while waiting for my test result and I deeply regret my actions," she said.

"I take full responsibility and I would urge everyone not to make the same mistakes that I have, and do all they can to help limit the spread of Covid-19."

Margaret Ferrier was suspended from the party whip, with Scotland's First Minister and SNP leader Nicola Sturgeon voicing her support for the decision.

"This is utterly indefensible. It's hard to express just how angry I feel on behalf of people across the country making hard sacrifices every day to help beat Covid.

"The rules apply to everyone and they're in place to keep people safe. [Ian Blackford] is right to suspend the whip."

Politicians both from the SNP and opposition parties have called for Ms Ferrier to step down. 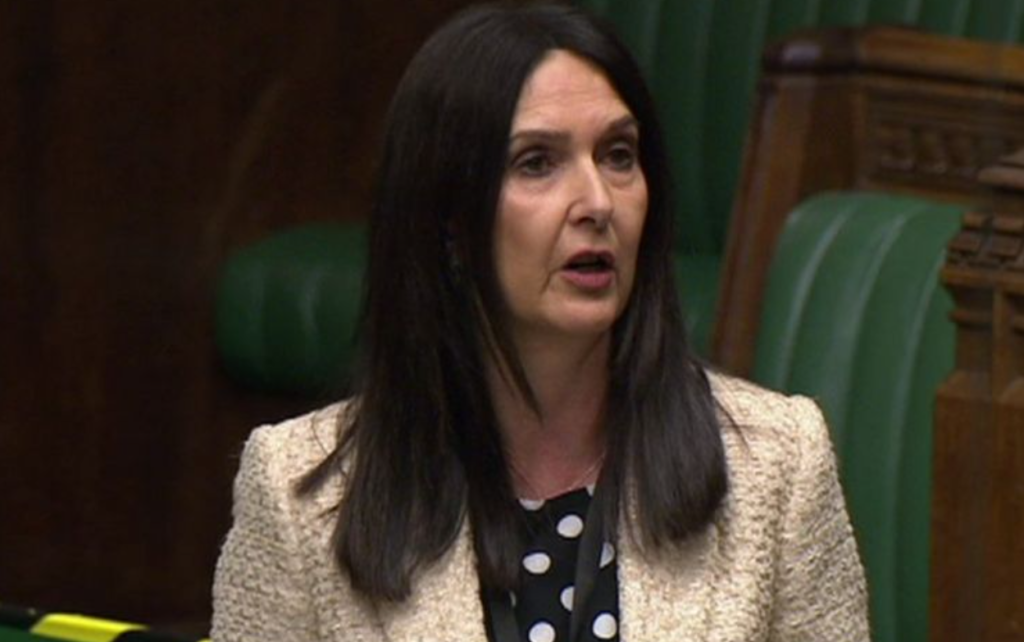 Margartet Ferrier has had the party whip suspended and is facing calls to resign (Image: UK Parliament)

In May, when Donald Johnson's top advisor Dominic Cummings flaunted coronavirus restrictions by travelling to Durham from London with his wife and son, and later travelling to tourist spot Bernard Castle to 'test his eyesight', Ms Ferrier was among those calling for him to resign.

At the time, she said:

"Dominic Cummings’ actions have undermined the sacrifices that we have all been making in lockdown to protect each other from coronavirus. His position is untenable and he must be removed from his post now."

"The public health advice is crystal clear. For the safety of others, anyone with coronavirus symptoms must self-isolate, in line with government guidance. They should not leave the house for any reason."