'Sectarianism and anti-Irishness in Scotland is a serious issue', says diplomat

THE ‘APPALLING’ legacy of sectarianism in Scotland must be eradicated, says Ireland’s only diplomat stationed in the country.

For Pat Bourne, based at Ireland’s Consulate General in Edinburgh, the acts of anti-Irishness reported since he took up the position are ‘disturbing’.

“The lingering and continuing legacy of sectarianism and anti-Irishness in Scotland is a serious issue,” the Dublin native told The Irish Post.

“I would not want to overstate the scale of that, or the frequency in which that comes up, but it is an issue and the Irish community in Britain and Scotland will have noted some of the incidents over the past few months.”

Mr Bourne, who took up the Consul General position in November, claims he was shocked to read of the British soldiers who were filmed singing allegedly sectarian songs at an armed forces day at the Ibrox stadium last September.

Investigations by Police Scotland and the British Army were launched following the event, but were completed and closed with no further action taken. 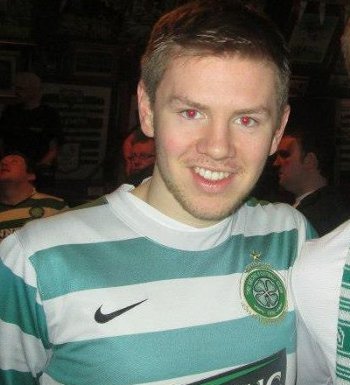 Just weeks later two young people were allegedly thrown out of a Glasgow taxi for speaking in their native Irish tongue, as reported in The Irish Post. Glasgow council’s investigation into that incident is on-going.

“The appalling case of British soldiers seemingly engaging in anti-Irish sectarian singing and chanting on video was quite disturbing,” Mr Bourne said.

“And the fact that no action seems to have been taken, is quite disappointing.”

He added: “The eviction from a taxi cab of two young Irish people, apparently just for no other reason than the fact that they were speaking the Irish language, is again quite disturbing.”

Mr Bourne now hopes to tackle sectarianism during his four-year term in Scotland.

“I wouldn’t draw links between these events or say there is a pattern here, but even a single incident like this is just not acceptable in a modern democratic country that serves human rights, standards and the norms in the 21st century,” he said.

“We should not be complacent or satisfied until sectarianism is completely consigned to history and wiped out altogether,” he added.

“That’s one area I really would like to make progress on in the years that I am here.”