BIRMINGHAM, ENGLAND - NOVEMBER 21: Julie Hambleton, sister of Birmingham pub bombings victim Maxine Hambleton, reacts during memorial service and vigil at Birmingham Cathedral to mark 42 years since the Birmingham pub bombings on November 21, 2016 in Birmingham, England. On the night of 21 November 1974 the IRA detonated two bombs in Birmingham. Twenty-one people were killed and 182 were injured at the Mulberry Bush and the Tavern in the Town pubs. Earlier this year Cornoner Louise Hunt announced that their will be fresh inquests into the deaths after years of campaigning by relatives and supporters. (Photo by Christopher Furlong/Getty Images)

THE SISTER of an IRA bombing victim has made an emotional plea for the killers to be named at an inquest.

Julie Hambleton, whose sister Maxine, 18, was killed in the Birmingham Pub Bombings said they must 'fight for the truth.'

Ms Hambleton said if the perpetrators of the bombings are not mentioned in an inquest she sees it 'as a waste of taxpayers' money and that no one gets the truth.'

A court will rule later today on whether or not the terms of reference of the Birmingham Pub bombings inquest should be broadened.

Two IRA bombs exploded in the centre of Birmingham in November 1974, killing 21 people and injuring almost 200. 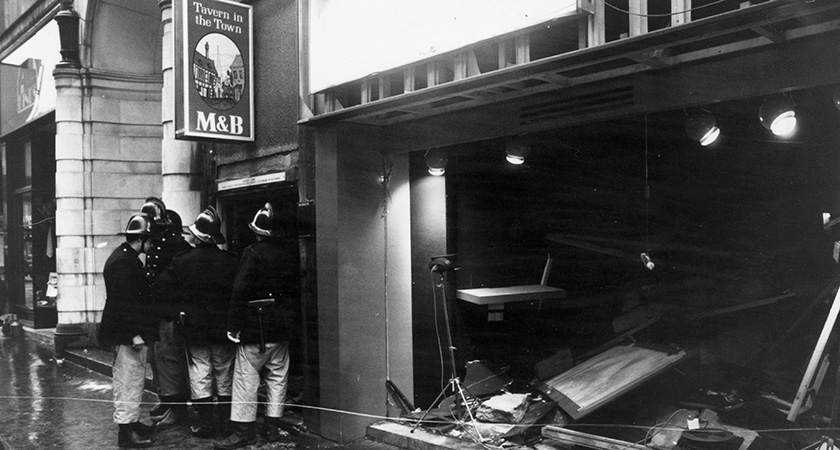 Firemen survey the damage outside the Birmingham pub, 'Tavern in the Town', after an IRA bomb blast on November 21 1974. (Picture: Wesley/Keystone/Getty Images)

Six Irish men, known as the Birmingham Six, were wrongly convicted of the atrocity and had their convictions quashed in 1991.

Since then, families of some of those killed have campaigned to have the real bombers brought to justice.

Speaking on RTÉ’s Morning Ireland this morning, Ms Hambleton said the ruling they hope for is that the coroner changes his decision on the scope, no longer excluding "the bombmakers and their associates from being mentioned at the forthcoming inquest."

She said last year she spoke with the coroner and begged him to have the perpetrators included, saying "if it wasn't for the murderers our loved ones wouldn't be dead."

She said the police told her there has not been not enough evidence to arrest the people they suspected of being involved in the bombings.

Ms Hambleton has also criticised the British government for "not doing enough", and said she has been told it is out of their remit.

"Laws are in place but no one in Government appears to have the backbone to enforce the very laws they implement," she said.

An emotional Ms Hambleton paid tribute to Irish people across the divide who help them get 'truth, justice and accountability.'

She said: "There are so many people we have to thank - also in Ireland - that have come across the political divide to help us get truth, justice and accountability.

"Our hearts go out to all those families in Northern Ireland, on both sides of the divide and on the political divide, where their grief is equal to ours.

"We know their pain, we fight for them too," she said. 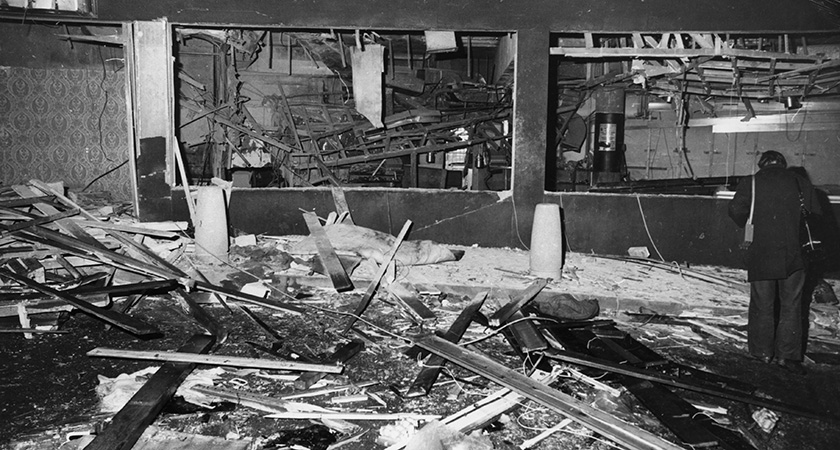 The destroyed interior of the Mulberry Bush public house, Birmingham, after the explosion of a bomb planted by the IRA. (Picture: Wesley/Keystone/Getty Images)

"There is nothing more worth living for than knowing that we have done all we can for our loved ones while we have breath in us."

Ms Hambleton is part of the Justice 4 the 21 campaign, which has sought the reopening of an inquest into the deaths of their family members in the bombings.

While this was granted in 2016, the judge leading the new inquest said the scope of his inquiry would not include the issue of who the real bombers were but the campaign group have challenged the decision in court.

The group wants the scope of the inquest broadened to deal with issue over who the perpetrators were.

The results of that judicial review will be announced later this morning.