THE MYSTERIOUS murder of Sophie Toscan du Plantier is set to be revisited in two brand new true crime documentaries being produced by Sky and Netflix.

The 39-year-old mother-of-one had only planned on a brief stay in Ireland before returning to France for Christmas.

However, on the morning of December 23, a neighbour discovered her body at the end of a pathway leading to her house.

Du Plantier had been beaten beyond recognition; her right cheek, an eye socket and her fingers were broken, her lower lip was torn and there was a boot mark on her neck.

English journalist Ian Bailey was arrested twice, in 1997 and 1998, over the murder.

Local shopkeeper Marie Farrell claimed she saw Bailey at Kealfadda Bridge near Toscan du Plantier’s home at 3am on the night of the murder, while 14-year-old Malachi Reid told gardaí that Bailey confessed to the murder while giving him a lift. 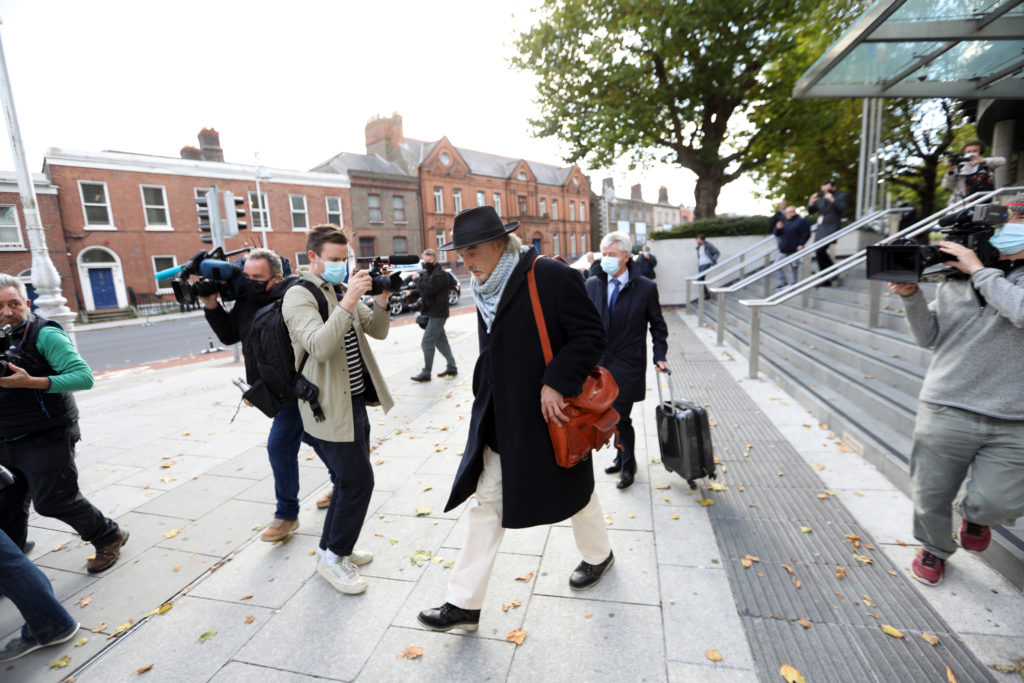 Ian Bailey with his solicitor Frank Buttimer as they leave the Central Criminal Courts as The High Court has rejected a third attempt by French authorities to extradite Ian Bailey for the murder of Sophie Toscan du Plantier. Photo: RollingNews.ie

Despite these claims nobody was ever charged with the crime in Ireland.

Bailey was eventually convicted of the murder in France but Ireland has so far rebuffed calls for him to be extradited. He has maintained his innocence throughout and is set to be interviewed for both documentaries.

Critically acclaimed Irish playwright and filmmaker Jim Sheridan, who made his name with movies like My Left Foot and In The Name of the Father, is helming the Sky documentary.

Murder at the Cottage: The search for justice for Sophie, will consiste of five parts and is slated for release in 2021.

"It is a story that calls into question the meaning and process of the police and the legal system. It is a story that shines a light on domestic violence. It is a story about primal fear. About a devil in the hills. About the existence of evil among us. I would like to thank all those who have contributed to this series, but in particular to Sophie's family who are still searching for justice."

Netflix’s documentary is being made with the assistance of Ms Toscan du Plantier's cousin, Frederic Gazeau and is being directed by John Dower, who previously garnered acclaim for his 2008 documentary Thriller in Manilla.

Simon Chinn, co-Founder of Lightbox and Executive Producer said: "This series will take viewers on a journey filled with unexpected twists and turns as we carefully unravel an extraordinary story from its beginning, 24 years ago, to the present day.

"As the only documentary project ever to have been made with the blessing of Sophie’s family, we feel it’s critical to properly understand who Sophie was as a person and the events that led her to her terrible fate.

"The series will include interviews with the key players in Ireland and France, including the man convicted in France of Sophie’s murder, Ian Bailey, and we will drill down into the evidence surrounding a murder investigation which remains mired in anguish and controversy."

No official release date has yet been provided though the series is expected to air at some point in 2021.