The stronger sex? Scientists find women 'were more likely to survive the Irish Famine' and other disasters

A man evicted during the Irish Famine and his family in a photograph from the 1850s (Picture: Sean Sexton Collection)

WOMEN are more likely to survive life-threatening situations than their male counterparts, scientists studying the Irish Famine have found.

Researchers at the University of Southern Denmark examined the life expectancy of both men and women during seven periods of famine and epidemics in history.

One of the events looked at was the Irish Potato Famine of 1845-49, which resulted in one million deaths and forced a further two million to emigrate.

Before the blight, men and women in Ireland had an average life expectancy of around 38.

At the height of the crisis, that number dropped to a staggering 18.17 for men – but fell slightly less significantly to 22.4 for women.

Similar patterns of female survivability were found in the Swedish Famine of 1772-73 as well as the Ukrainian Holodomor – a devastating famine which ravaged the country in the early 1930s.

Other 'mortality shocks' examined by the team included two deadly measles epidemics in Iceland in 1842 and 1882 – in which women also survived longer.

It's common knowledge that the life expectancy of women in most parts of the world is significantly higher than that of the opposite gender. 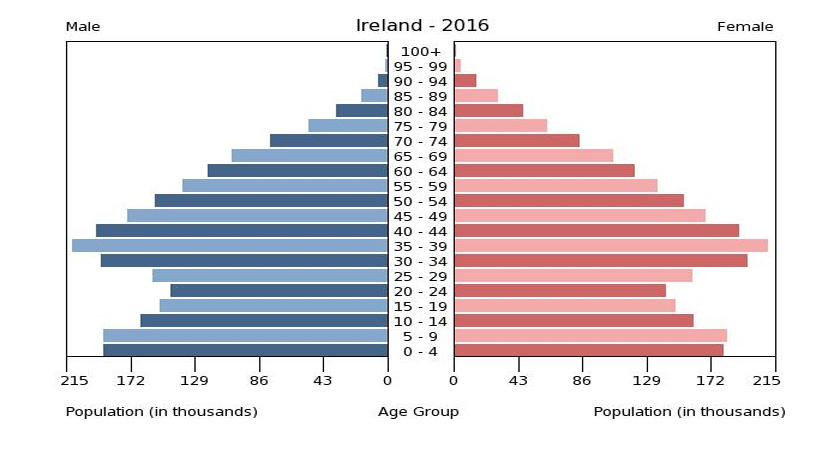 In Ireland, the fairer sex can expect to live until around 83.2 years of age – compared to 78.7 years for men.

Nevertheless, the fact that women appear to survive catastrophic events better than men throughout history will be news to many.

"We find that even when mortality was very high, women lived longer.

"Most of the female advantage was due to differences in mortality among infants.

"It is striking that during epidemics and famines as harsh as those analysed here, newborn girls still survived better than newborn boys".

The only exception to the trend was the Trinidadian slave trade, in which men outlived women during the early 19th century.

Researchers believe this was because male slaves were worth more, so slave traders had more incentive to keep them alive.

Dr Zarulli added that the prevalence of "risk-taking behaviours among men" had a detrimental effect on male life-expectancy.

Hormones may also play a part, as oestrogen is anti-inflammatory while testosterone is a known risk-factor for many fatal illnesses.