A 17-YEAR-OLD Syrian refugee has been awarded a State scholarship for her studies in the Royal College of Surgeons, Ireland.

As reported by RTÉ, Suaad Alshleh was 14 years old when she fled war-torn Syria with her mother. She arrived in Ireland in 2016, with her father following shortly afterwards.

Now a thriving university student studying medicine to become a doctor, Ms Alshleh spent her first year in Ireland living in a Direct Provision centre, which she described as "incredibly difficult".

"It was probably the toughest time of my life," she told RTÉ News. "I try to block those months from my memory".

But she has praised the Irish people for their support and said she has always felt welcome by the community, especially in the schools she attended.

"For many of my classmates and friends, I was probably the first person they would see who looked like me, who wore a scarf. But people were very accepting, and I was very happy there." 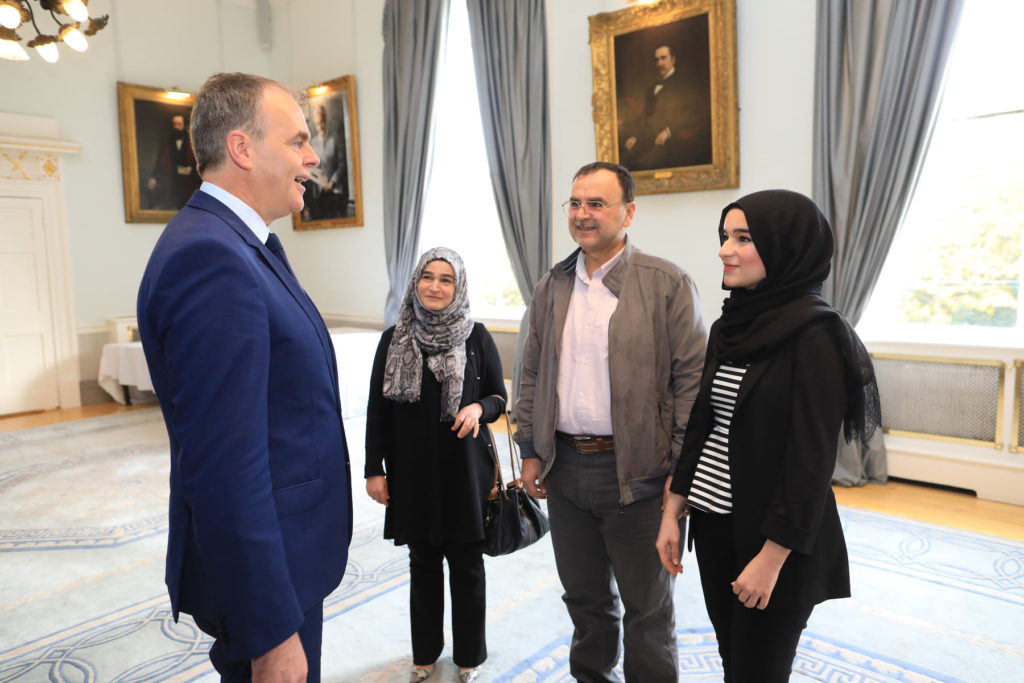 "I have not faced any added difficulty because of how I look or where I'm from, and I think that is a wonderful thing about Irish people", she told RTÉ.

"Even the people in the Direct Provision centre understood it was very tough and they helped me get through it."

Both of her parents are engineers, but Ms Alshleh always knew she wanted to become a doctor-- even attending a secondary school which involved a long commute as it was the only one which offered chemistry as a subject.

The scholarship is entitled the Professor William C Campbell Bursary, named after a Donegal professor whose research helped to develop a treatment for River Blindness and saved the sight of millions of people around the world.

Accepting the €5,000 grant from the Minister for Education and Skills Joe McHugh, the medical student said:

“As the first recipient of this award, I can only dream to one day have as far-reaching an influence on the world as Professor Campbell has had."

"And as a Syrian refugee, I‘m incredibly grateful for the Irish community as a whole for embracing me as one of their own and supporting and encouraging me, through initiatives like this, to realise my dream of studying medicine.”