MORE THAN 5,000 people attended an event in Dublin on Saturday to discuss the possibility of a united Ireland.

The 3Arena hosted politicians, business representatives, artists and actors at the Together We Can conference.

The event was organised by Ireland's Future, an organisation that advocates for the possibility of a united Ireland.

Soon-to-be Taoiseach Varadkar said it was important to achieve as large a majority as possible in favour of a united Ireland on both sides of the border before any referendum can take place.

"We need to acknowledge that cross-community engagement in Northern Ireland and between north and south remains far short of where it needs to be if we want to build this new and united Ireland," he said.

"There is a distinct danger that we could focus too much on a border poll and on future constitutional models and not enough on how we enhance engagement, build trust and create the conditions for a convincing majority of change, which is what we want. 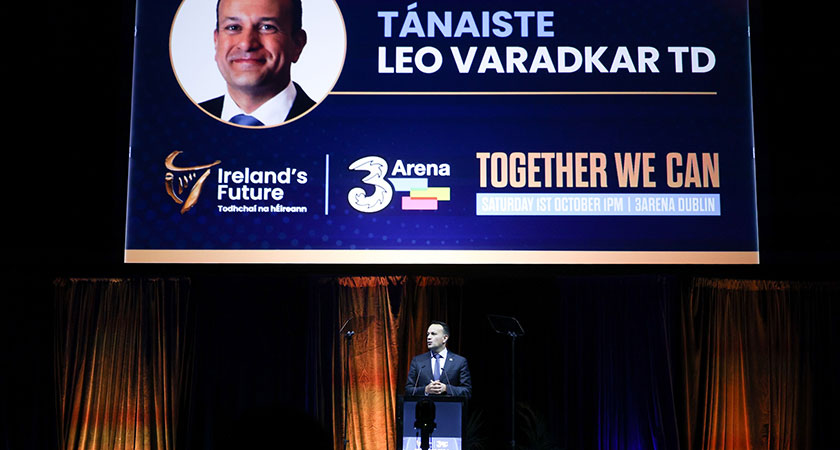 "We can't build a future based on narrow majorities or on the wishes of just one community.

"For these reasons, I believe our objective should be to secure as large a majority as possible in both jurisdictions in any future poll.

"Fifty per cent plus one is enough on paper and in law, I don't dispute that for a moment, but a majority so narrow is not a recipe for success.

"Our only hope depends on presenting a proposal, north and south, that will be able to achieve democratic consent and this will involve compromise."

'A home for everyone'

Sinn Féin's McDonald welcomed government representation at the event, but called on the government to begin making provisions for a referendum and constitutional change now.

She proposed getting the process going with the establishment of a citizens' assembly on Irish unity.

McDonald said generations of people on the island of Ireland had been failed by 'two conservative reactionary states' established by partition. 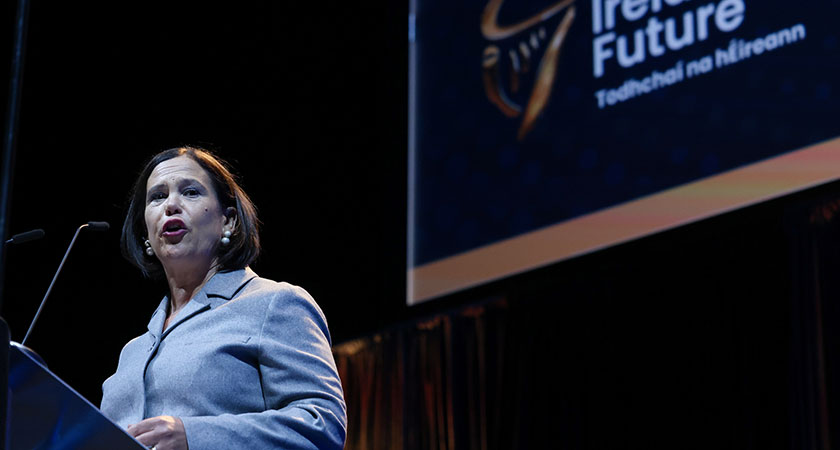 "So, it is now the duty of our generation to fix what was broken, to make Ireland the home that we know it can be for everybody," she said.

"A home for every person regardless of community, colour, creed, sexual orientation, identity or background.

"Recognising and embracing that, while we have many tribes and traditions, we are but one nation."

Collins said he believes some unionists are taking a pragmatic view of a united Ireland and weighing up its value in a post-Brexit world, as well as its implications.

"For me I'm an idealist, and I can see the benefit and the beauty of reunifying our country," said Collins.

"But it's also the practical, hard-headed reality of what the benefit of Irish unity is, that's what people are thinking about. 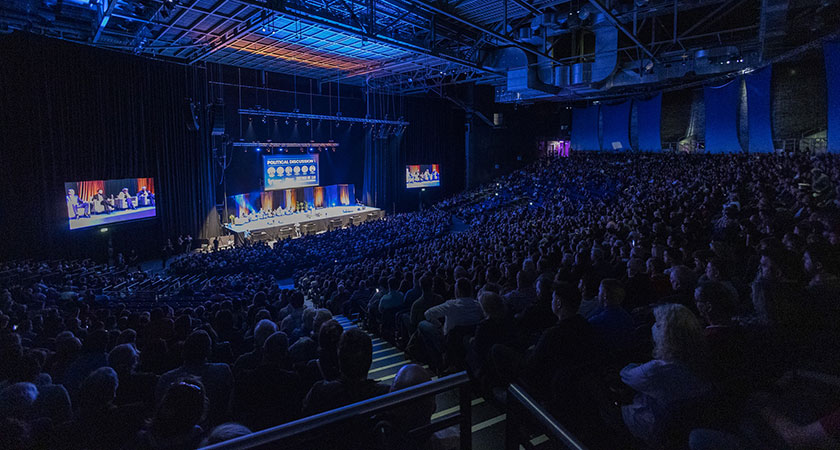 More than 5,000 people attended the event at the 3Arena in Dublin (Image: Sam Boal/RollingNews.ie)

"They look at the dysfunction in Westminster, people don't want to be part of that.

"I think people are open to it, they want to know what the plan is."

'Partition has been a tragedy'

Another who believed Brexit had hastened calls for a united Ireland was US Congressman Brendan Boyle, whose father emigrated from Donegal to America in 1970.

Like Collins, the Democrat also stressed the economic benefits a united Ireland would have but said any referendum must be inclusive and respectful of all stakeholders.

"I am clear and unwavering in my commitment to the cause of peace and justice in Ireland," Boyle said in a recorded message.

"A century has now passed since Ireland was divided into two. 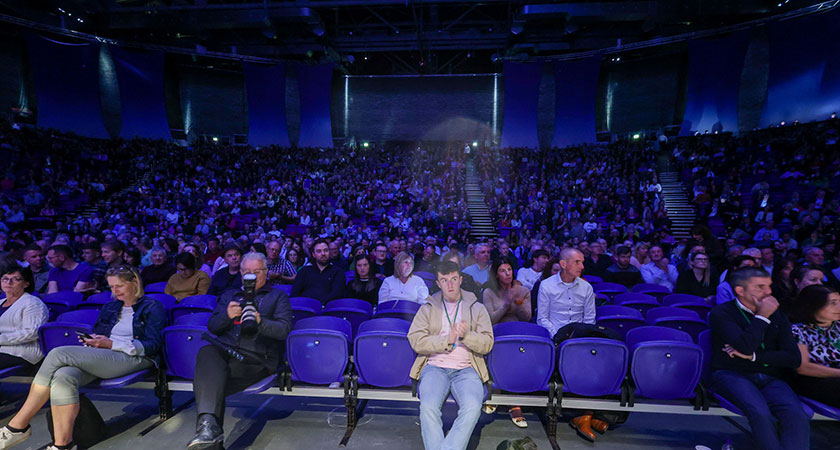 "While partition may have temporarily solved a political problem for the governing party in London at that time, I am firm in my belief that partition has been a tragedy for all of Ireland.

"Today, the momentum for reunification is stronger than ever — Brexit has changed everything.

"The path to peaceful, constitutional change is clearly laid out in the Good Friday Agreement.

"Rest assured I, along with my colleagues here in Washington, will work to ensure there is no backsliding and that the commitments made in the GFA are fully honoured."

'Change must be people-led'

Closing the speeches was actor James Nesbitt, who was born and raised a Protestant and grew up immersed in unionist culture.

However, he revealed he began to examine his Irish identity when he first moved to England and was regarded as Irish, and later through his acting roles.

While not promoting one side over the other, he said he does believe that 'an informed debate based on clear evidence needs to happen' and it must involve those who will be impacted most by any possible constitutional change. 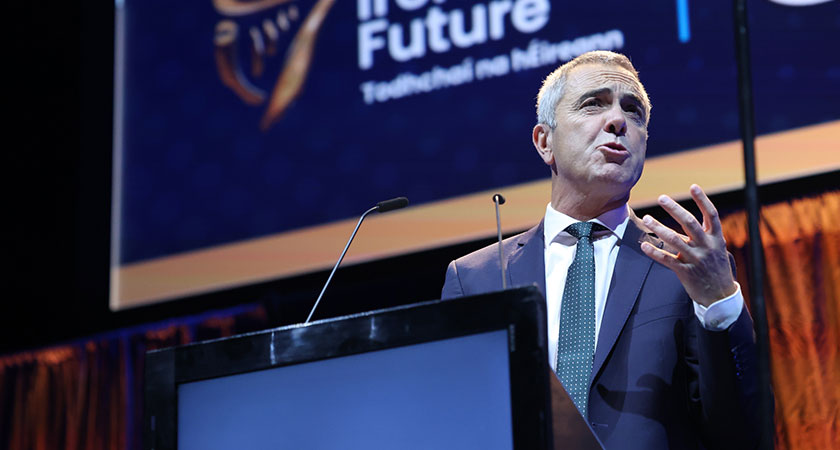 "I firmly believe that we need to bring this discussion out of the Dáil, out of Stormont, out of Whitehall, out of academic fora and into the town halls, the village halls, the church halls, the orange halls," said Nesbitt.

The next Ireland’s Future event will be held at the Ulster Hall in Belfast on Wednesday, November 23 at 7pm.