THE Irish Government has welcomed the EU’s package of proposals released today to address challenges related to the Northern Ireland Protocol.

This afternoon EU Commission Vice-President Maros Šefčov confirmed plans to adapt the current NI Protocol “in response to the concerns raised by people and businesses in Northern Ireland”, following his visit there in September.

The proposals will see the removal of 80 per cent of checks currently required on goods moving from Britain into Northern Ireland under the terms of the original Protocol agreement.

The new package would also mean a 50 per cent reduction in paperwork required by those taking goods across the border and allows medicines to be sent from Britain to Northern Ireland without restriction.

Confirming their new, alternative Protocol model, Mr Šefčovič said: “I have listened to and engaged with Northern Irish stakeholders. Today's proposals are our genuine response to their concerns.”

He added: “We have put a lot of hard work into them to make a tangible change on the ground, in response to the concerns raised by the people and businesses of Northern Ireland. We are looking forward to engaging earnestly and intensively with the UK government, in the interest of all communities in Northern Ireland.”

In a statement the EU Commission explained: "Today's package proposes further flexibilities in the area of food, plant and animal health, customs, medicines and engagement with Northern Irish stakeholders.

"This facilitation is enabled by a series of safeguards and increased market surveillance to ensure the goods do not move into the EU's Single Market.

"This package opens the way to a resolution of all outstanding implementation issues, thereby establishing predictability, stability and certainty for people and businesses in Northern Ireland." 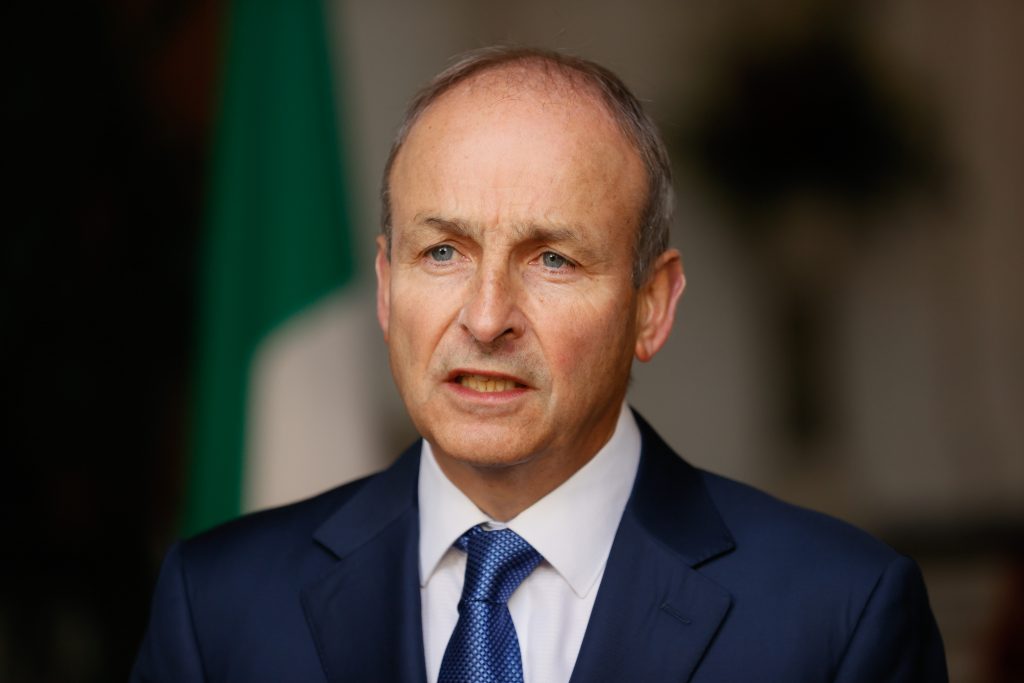 Taoiseach Michael Martin responded to the EU's proposals this evening

“I strongly welcome today’s package of proposals from the European Commission aimed at finding real-world solutions to challenges that have arisen in implementing the Protocol,” he said this evening.

“I trust that it will now be the subject of serious engagement with the British Government and form the basis of a jointly agreed solution to those challenges.

“Such an outcome is very much in the interests of both the EU and the UK, but most especially of the people and businesses in Northern Ireland.”

He added: “The Commission has engaged deeply with the issues, with the people, and with businesses in Northern Ireland.

“Today’s package reflects that engagement and is a serious response to the challenges and concerns that have arisen.”

The NI Protocol is the element within Britain’s Brexit deal that was agreed by the EU and the UK Government to protect the Good Friday Agreement and avoid a hard border on the island of Ireland.

It allows Northern Ireland continued participation in the EU Customs Union and Single Market for goods, despite the UK's withdrawal from the EU.

“It is not surprising that in implementing such an innovative arrangement, practical challenges and concerns have emerged,” Mr Martin added.

“The Commission, acting in good faith, has today invited the UK Government to work with it on these proposals, which it has said are a basis for discussion.

“I believe that the UK Government should accept that invitation and will engage in the same spirit.

“I also encourage everyone in Northern Ireland to recognise the significance of these proposals, to engage with them, and to support these renewed efforts to arrive at agreed solutions.”

The British Government has yet to respond to the proposals, although the nation's chief Brexit negotiator Lord David Frost said in a statement yesterday that he had prepared plans for an "entirely new" Protocol, which would be sent to the EU ahead of planned negotiations due to take place between them next week.

"This new Protocol is forward-looking," Lord Frost stated of his plans.

"The original Protocol was agreed at a time when we didn’t know whether there would be a trade agreement between us and the EU.

"Many of the most unusual and disproportionate provisions were agreed precisely because we didn’t know what the shape of our future trading relationship was going to be.

"In the face of uncertainty the original Protocol defaulted to excessive rigidity - rigidity which is now needlessly harming Northern Ireland.

"We now know have a very far-reaching agreement between us, one which will regulate all aspects of our trade in the future.

"So it makes sense to situate the new agreement in that new trading context and bring it in line with those arrangements – they are after all the most significant signed by each party to date."

He added: "What does it cost the EU to put a new Protocol in place? As it seems to us, very little.

"There is no threat to the single market from what we are proposing.

"We are not asking to change arrangements within the EU in any way.

"We are not seeking to generalise special rules for Northern Ireland to any other aspect of our relationship."