BRITAIN’S largest teaching union has been accused of “ignoring” allegations that one of its senior officials made anti-Irish remarks.

Rob Harrington said he was “appalled” that the National Union of Teachers has taken more than four months to investigate comments made by the secretary of its Kent branch.

The organisation promised the Cork man a full investigation after he highlighted the NUT leader’s claims that British schools should employ their ‘own people’ rather than the increasing number of Irish teachers filling the roles.

But despite making repeated enquiries about the investigation, the dad-of-two has received nothing more than a note in November, confirming his complaint was received.

“I can guarantee you that if this was an anti-Semitic slur or a racist slur against virtually any other race, it would have been investigated fully by now,” Mr Harrington told The Irish Post.

“It just seems that people can get away with saying things about the Irish that they would not dream of saying about other nationalities.”

“I do not know what the NUT’s procedures are, but it strikes me as ironic that there is a woman at the head of the NUT criticising the Education Secretary for taking months to reply to her and engage in talks, but she does not even have the courtesy to reply to my letter,” he said.

Mr Harrington was outraged when he read an article in a local newspaper last summer in which John Walder, secretary of NUT Kent Division, commented on the number of Irish teachers in the area. 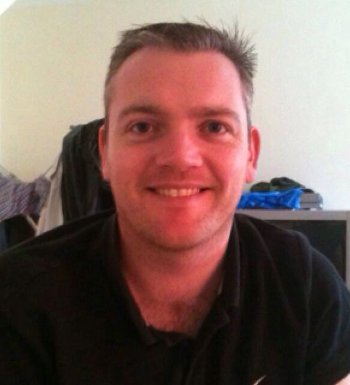 Asked about Kent’s teacher shortage, he pointed out that the number of Irish number plates reached double digits in car parks of some Kent schools.

“The fact is that we should be worried — we should staff our schools with our own people,” Mr Walder added.

Mr Harrington then complained about the union official in October after he encouraged NUT members to strike by claiming the teacher shortage would worsen because he believed many Irish teachers would return home once Ireland’s economy improved.

Mr Walder was quick to clarify his position, telling The Irish Post that teachers from Ireland are “an essential part of our teaching force”.

He also stressed he was only trying to highlight the “scandal” of Kent’s teacher shortage and had not wanted to make Irish teachers feel alienated.

But he had little sympathy for Mr Harrington, branding him “an idiot”.

The NUT confirmed it was investigating Mr Walder’s comments in late October, saying it “takes any allegation of discrimination very seriously”.

Mr Harrington said he had hoped Mr Walder would be asked to apologise for his comments.

But he has been “very disappointed” by the NUT’s failure to complete its investigation after four months or reply to his two letters asking for an update on their progress.

“The NUT plainly does not take this seriously at all,” he added.

“I would say that this is being ignored, buried deep down in their archives, and we will hear no more about it. Now it looks like it is okay to articulate anti-Irish bias in trade union circles in Kent.

“This guy has commented on a particular nationality within the education system in Kent with impunity, which is the NUT’s fault.”

An NUT spokesperson said: “The complaint has been dealt with according to appropriate Union procedures and the final outcome is expected soon.”

She added: “In a democratic organisation which involves lay officers in decision-making, serious complaints can take time to investigate and process. The procedures apply to all complaints.”