A TEENAGER has been charged after an Irish footballer was subjected to 'sickening' racist abuse on social media.

The 17-year-old, who cannot be named for legal reasons, is accused of sending an offensive message to Ireland U21 internationalist Tyreik Wright.

The Cork native received the vile abuse on Instagram in February while on loan at Walsall from parent club Aston Villa. 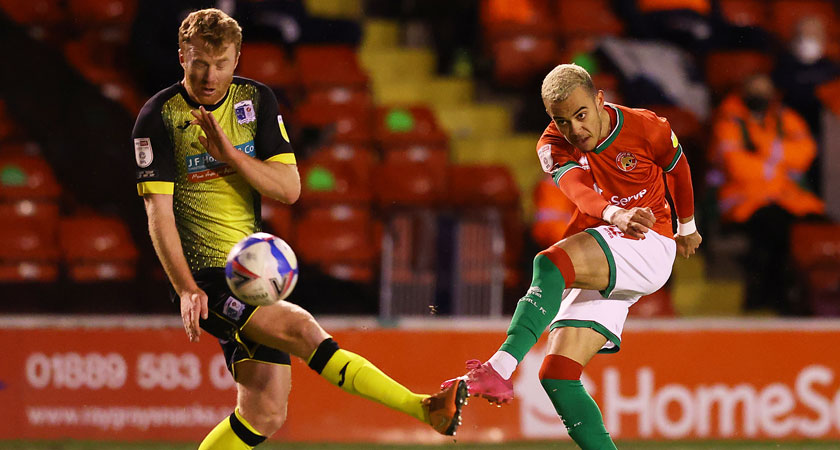 Now, West Midlands Police have revealed that a 17-year-old has been charged under section 127 of the Communications Act 2003.

The teenager, from the north east of England, will appear at Birmingham Magistrates Court this Thursday, October 7.

When Wright shared images of the messages he had received, both his parent and loan clubs described the abuse as 'abhorrent'.

"Aston Villa Football Club is appalled by the racist abuse of one our academy players, Tyreik Wright," the Premier League side said in a statement at the time.

"Tyreik, who is currently on loan at Walsall, received sickening and abhorrent messages via his Instagram account, messages which the club have reported to both the social media platform and West Midlands police."

He has yet to make a first-team appearance for Villa but has featured for the club's U18s and U23s and provided three assists after joining Walsall on loan in January.

The promising talent signed a new contract with the Premier League side in the summer before moving on loan to Salford City, where he scored his first professional goal in August.

He made his Ireland U21 debut in March having previously featured for the U17s, U18s and U19s and scored in a 2-0 win over Bosnia and Herzegovina in September in a European U21 Championship qualifier.