PRIME Minister Theresa May has said at Prime Minister’s questions that a celebration should take place next year to mark the centenary of the election of the first female MP – Irish Republican and Sinn Féin member Countess Markievicz, who took part in the Easter Rising of 1916.

Markievicz wasn’t mentioned by name, and it is unclear whether the Prime Minister was aware of who she would be celebrating when making the announcement this week.

There can be no uncertainty regarding Markievicz's role as the first female to be elected to UK Parliament in December 1918, as a law had been passed just a few months earlier to allow women to stand as candidates.

As a member of Sinn Féin, she upheld the party’s commitment to not taking a seat as it would mean swearing an oath of allegiance to the Queen.

The first woman to take her seat was Nancy Astor in a by-election in December 1919.

Born in February 1868, Constance Markievicz (her maiden name was Gore-Booth) was a suffragette, a socialist and a leading figure in the Irish Republican movement.

She played a major part in the 1916 Rising and was sentenced to death, but her life was spared because she was a woman, and because of her privileged and powerful background.

She was a founding member of Cumann na mBan and the Irish Citizen Army, became the first female minister in the Irish Free State, and the second woman in the world to hold a Cabinet position as Minister for Labour from 1919 – 1922. 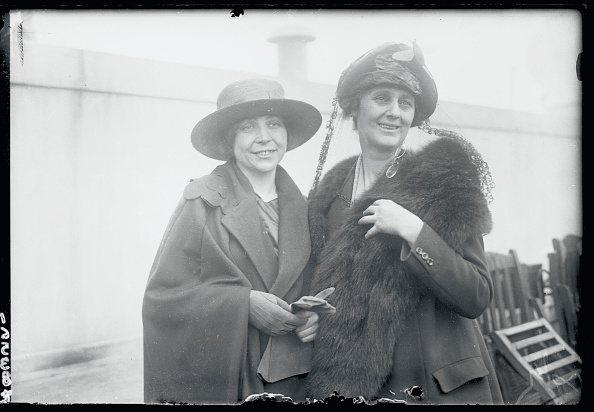 Markievicz (right) was elected to the House of Commons in December 1918. (Picture: Getty Images)

Theresa May said in the House of Commons: “I want to see young woman and women actually able to see this House as a place where they actively want to come to, where they want to contribute to their society, that they want to respond to the needs of local constituents and make a real difference to people’s lives. That’s what I’m in it for.”

A parliamentary committee, called the Vote100 series, has been set up to celebrate women’s place in parliament.

Its centerpiece will be a major exhibition during summer 2018 in Westminster Hall, whereby, according to May at least, Countess Markievicz will be commemorated as being the first woman to be elected to the House of Commons.

Now, that’ll be an event worth watching!

UK 'no longer in pandemic', according to experts