POPE FRANCIS has openly voiced his support for same-sex Civil Unions for the first time.

The leader of the Catholic Church made the comments in a new documentary about the Pope's life, directed by Evgeny Afineevsky and titled 'Francesco'.

Pope Francis's comments, in which he says "homosexual people have a right to be in a family", are a significant departure from the stance of the Catholic Church and his predecessors.

"What we have to create is a civil union law. That way they are legally covered."

The message of support is a step short of support for same sex marriage, which has been legal in the formerly ultra-Catholic Ireland since 2015-- but is still a dramatic change in tone from the leader of the Church. 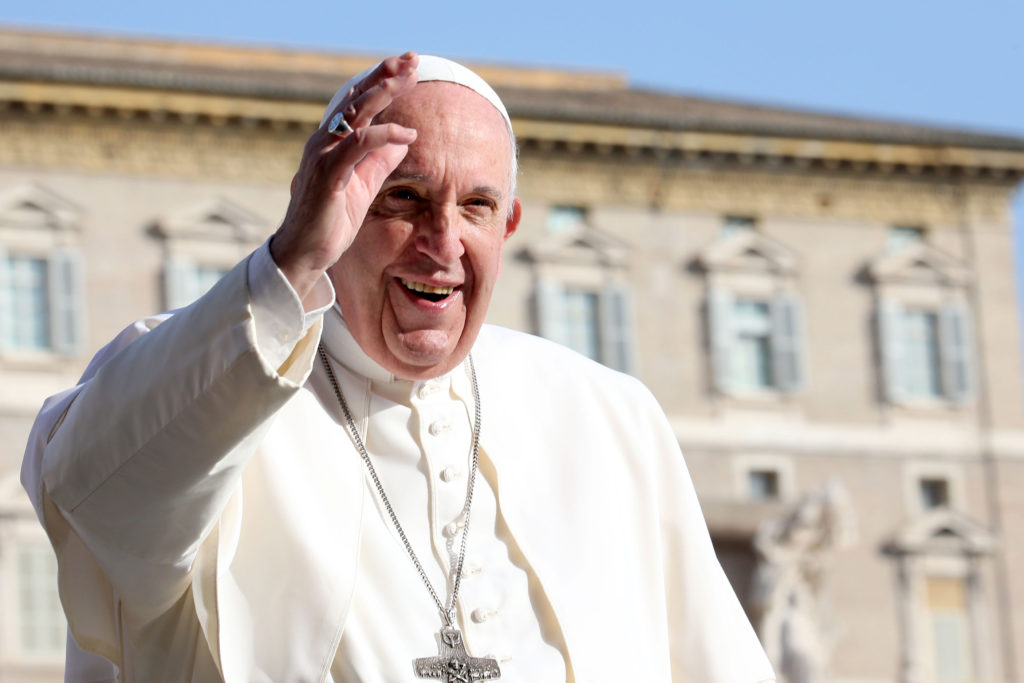 "Nobody should be thrown out or made miserable" over being gay, the Pontiff declared.

In 2013, the Pontiff said a child adopted by a same-sex couple would be negatively affected, saying "every person needs a male father and a female mother than can help them shape their identity".

In Francesco, he says "[Gay people] are children of God and have a right to a family."

While serving as archbishop of Buenos Aires, Francis said alternatives to marriage should be offered to gay people, but this is the first time he has come out in support of same-sex Civil Unions as Pope.