IT has been over a century since Thomas John Barnardo, the legendary Irish philanthropist and founder of children’s charity Barnado’s, died in London.

Barnardo’s was founded in 1866 after the Dublin man had been left shocked by the squalid conditions of London’s East End. Since then, the charity has rescued hundreds of thousands of destitute children.

Here are seven facts about the Irish hero behind Barnardo’s...

1. His unusual surname is of uncertain origin

Thomas John Barnardo was born on July 4, 1845 in Dublin. His mother Abigail was an Englishwoman from Plymouth. His father, John Michaelis Barnardo, was a German emigrant from Hamburg.

The origin of the Barnardos is unclear. Thomas believed his family to have originated in Venice, Italy, but others have claimed them to be of a German Jewish bloodline.

2. He nearly became a missionary in China

Barnardo studied medicine in London, Paris and Edinburgh with the intention of becoming a medical missionary in China. During his studies, however, he became aware of a plight closer to home.

Noticing the appallingly large number of homeless children adrift in English cities, Barnardo gave up his Chinese dream and opened the first of the “Dr Barnardo’s Homes” in the East End of London in 1867. 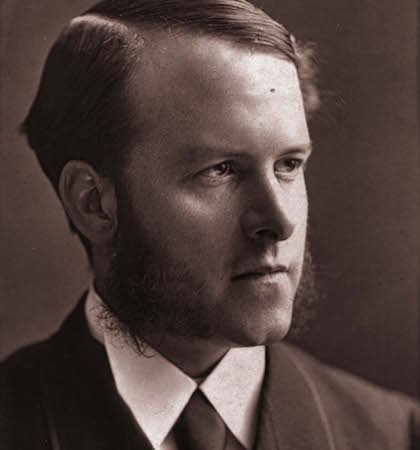 3. He founded a village just for homeless children

In Barkingside, now on the border between London and Essex, Barnardo and his wife Syrie created a 60-acre rural retreat, with the vision of creating a way of life for destitute children that resembled growing up in a village.

Over the years, the number of cottages grew to a total of 66 in 1906, housing over 1,300 girls. A multi-denominational Children's Church was built and the area become a real "garden city" by 1894.

Raised by an Evangelical Protestant family, it’s perhaps unsurprising that Barnardo would choose to join the Orange Order in Dublin. An Orange ‘lodge’ was founded in his memory in London; the Dr Barnardo Memorial Total Abstinence LOL 819.

Regardless of his religious convictions, Barnardo made sure each child was brought up ‘under the influence and teaching’ of the domination of their birth parents.

5. He may have been Jack the Ripper

At the time of the Whitechapel Murders, various doctors in the area were suspected due to the killer’s medical expertise. Ripperologist Gary Rowlands has theorized that Barnardo murdered prostitutes due to his ‘lonely childhood’.

However, there is no solid evidence to support the Barnardo the Ripper theory. Critics have also pointed out that his age and appearance did not match any of the descriptions of the Ripper. 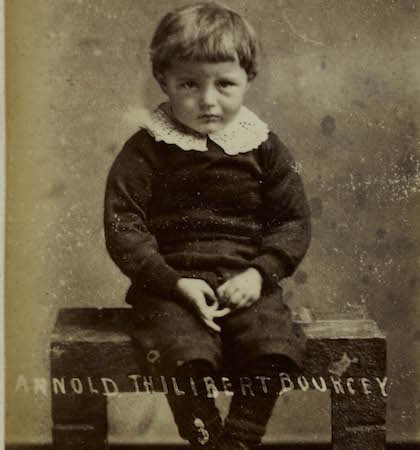 One of the children helped by the charity in 1885, Thilibert Arnold Borsay

6. His daughter married the famous mind behind Of Human Bondage

Barnardo’s daughter Syrie went on to be a leading British interior decorator of the 1920s and 1930s, best known for popularising rooms decorated entirely in shades of white.

She would later marry W. Somerset Maugham, a British playwright, novelist and short story writer. He was among the most popular writers of his era and reputedly the highest-paid author during the 1930s.

7. His legacy lives on

Barnardo died of angina pectoris in London on September 19, 1905. A national memorial fund was soon set up to make sure his homes would endure after his death.

Barnardo authored 192 books dealing with the charitable work to which he devoted his life, and he recused some 60,000 children during his lifetime.

Today, the charity is made up of some 17,000 volunteers and 5,000 permanent employees. As of 2013, it raised and spent around £200 million each year running over 900 services for British children.