Derailed carriages are seen at the scene of a train crash near Stonehaven in northeast Scotland on August 12, 2020. - Three people have died after a passenger train derailed in northeast Scotland, police said, in what First Minister Nicola Sturgeon described as "an extremely serious incident". (Photo by Michal Wachucik / AFP) (Photo by MICHAL WACHUCIK/AFP via Getty Images)

THREE PEOPLE have died and more have been injured after a passenger train derailed in Scotland.

A major incident was declared yesterday when the 6.38am train from Aberdeen to Stonehaven crashed: the locomotive and three of its four carriage are understood to have become derailed and slid down an embankment.

Six passengers and six staff members are believed to have been travelling on the train, according to RTÉ News. Three people have lost their lives and six more are being treated in hospital for injuries. 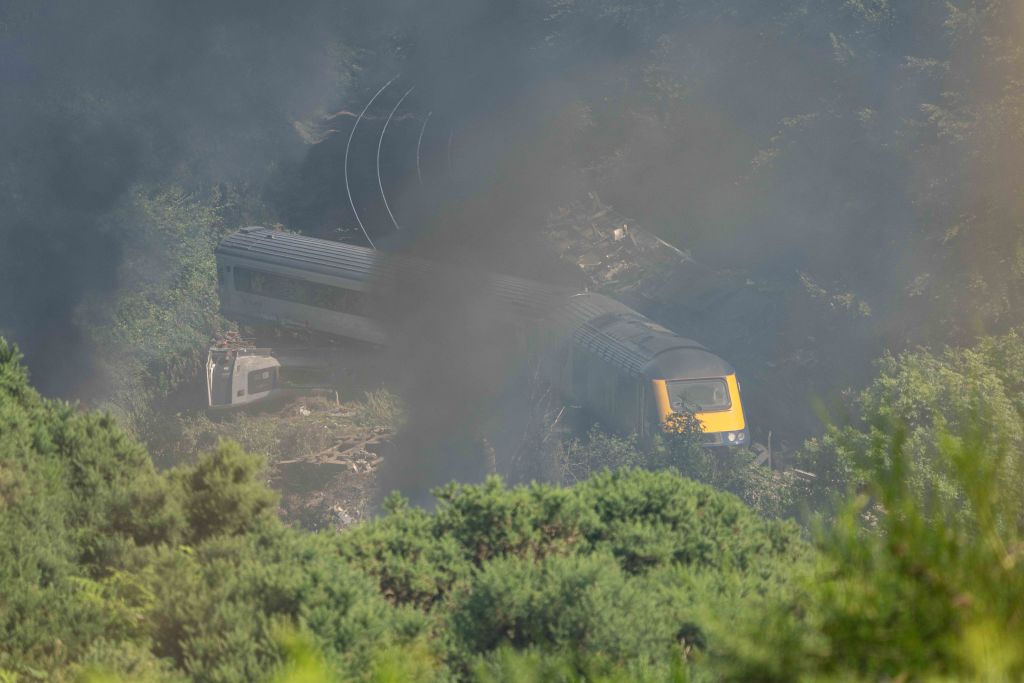 Scotland's First Minister, Nicola Sturgeon, shared the news of the derailment on Twitter and said it was"an extremely serious incident".

As the news of the three tragic deaths broke, Ms Sturgeon offered her "deepest condolences... with the loved ones of those who lost their lives in their tragic incident."

My deepest condolences are with the loved ones of those who lost their lives in this tragic incident.
I have just been updated by Network Rail and the emergency services on the ongoing operation. My thanks go to them, and my thoughts remain with everyone affected. https://t.co/L73rZTeRFu

"I have just been updated by Network Rail and the emergency services on the ongoing operation. My thanks go to them, and my thoughts remain with everyone affected."

Chief Superintendent Eddie Wylie of the British Transport Police offered his condolences to the friends and family of those who have died, and confirmed that a major incident operation is underway. 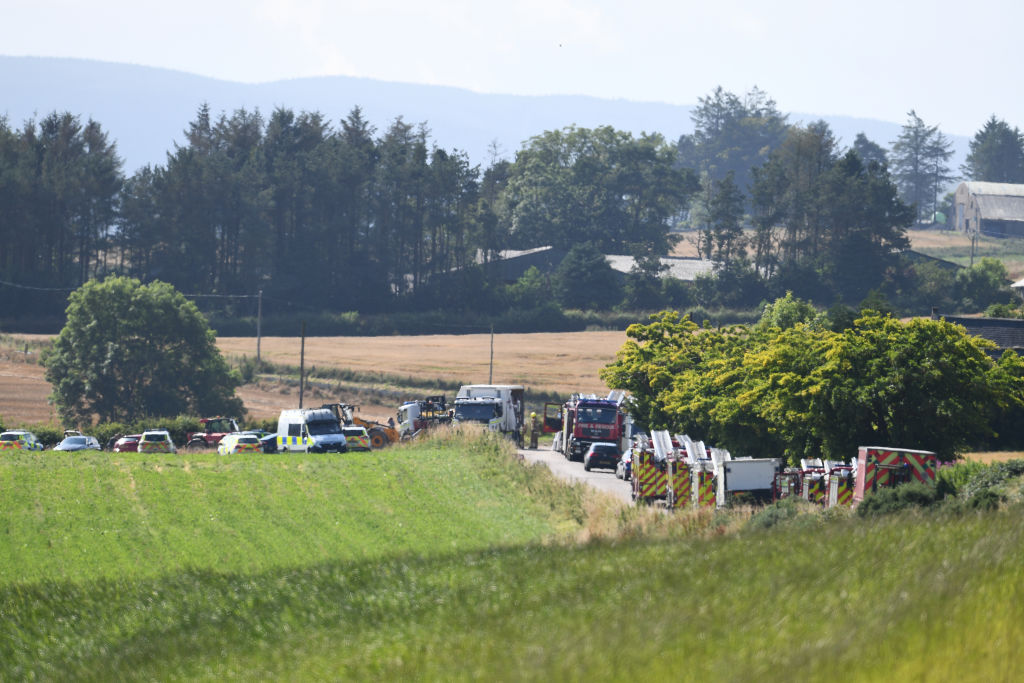 Emergency Services attend the scene of a train derailment in Stonehaven, Scotland as a major incident is declared. (Photo by Jeff J Mitchell/Getty Images)

"I would like to reassure the public that this was not a busy service, and from CCTV enquiries and witness statements we believe all passengers have been accounted for," he said.

"However, once the area has been made safe then a full and thorough search will be conducted, which is likely to take some time.

Mr Wylie went on to say that while formal identification has not yet taken place, the driver of the train is believed to be among the fatalities.

Downpours and spot flooding in parts of Scotland had led to landslips in some areas: shortly before the train derailed, Scotland's Network Rail tweeted that services would be suspended between Dundee and Aberdeen due to a landslip close to where the incident occurred.

At Carmont, we’ve had reports of a landslip, which means services can’t operate between Dundee & Aberdeen. /2 pic.twitter.com/1E29tKHFhy

It is not yet clear whether the landslip and the derailment are connected.

Ireland to begin vaccinating people aged 70 and over from start of February, Minister for Health confirms