GARDAI HAVE identified the three suspects wanted in connection with a vicious assault on a soccer referee that left the match official with a broken jaw and fractured eye socket.

Disturbing images of Daniel Sweeney, who had been refereeing a match between Horseleap United and Mullingar Town before the assault, were posted on Twitter over the weekend.

They showed a bruised and bloodied Sweeney, sat in a hospital awaiting surgery after the match, which took place last Sunday.

The shocking pictures prompted widespread condemnation of the attack.

Now details have emerged as to what sparked the violent confrontation and the alarming injuries Sweeney suffered as a result of the attack.

One of our Referees in Midland Branch today after a game was viciously attacked by players this should not be tollarted at all we as Referees doing a job no REF no game pic.twitter.com/YgPpAhSNpD

According to the Irish Times, Sweeney, from Dungloe in County Donegal, was attacked in a pub car park close to the pitch as he was preparing to leave.

The violent attack reportedly stemmed from an incident at the end of the game involving three players and a spectator.

Though details remain sketchy, Sweeney is thought to have issued a yellow card during the confrontation.

That was apparently enough to spark an assault that left Sweeney with two fractures to his jaw, a fractured eye socket and other injuries that left him requiring stitches. 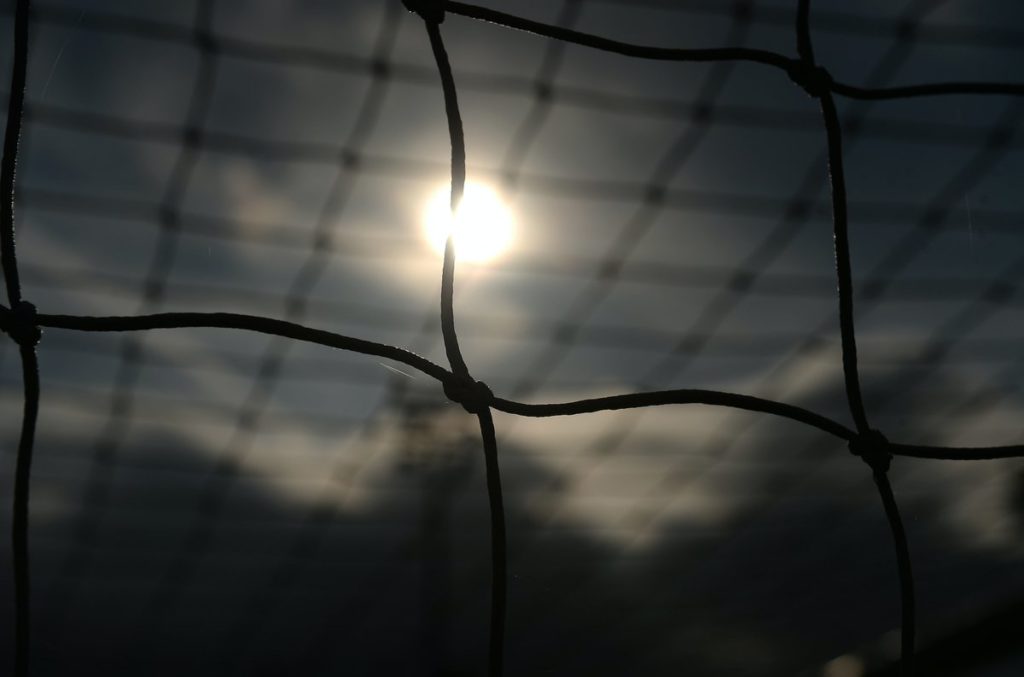 The married father of two has already undergone surgery but could require another two weeks of specialist care at the Royal Victoria Eye and Ear Hospital in Dublin.

But while no arrests have been made, three men said to be in their 20s and 30s have been identified and are set to be arrested very shortly, according to the Irish Times.

Though Garda investigations are ongoing, the three men are all closely associated with Mullingar Town FC.

All three could face criminal charges over the incident.