TOMMY ROBINSON has been jailed for nine months today after being found guilty of contempt of court.

The co-founder and former leader of the English Defence League (EDL) is due to serve at least 10 weeks of the sentence.

The far-right political activist was found to have illegally filmed defendants in a criminal trial and uploading the broadcast to Facebook.

The broadcast was classed as interfering with the trial of the defendants, who were charged with sexual grooming back in May 2018. 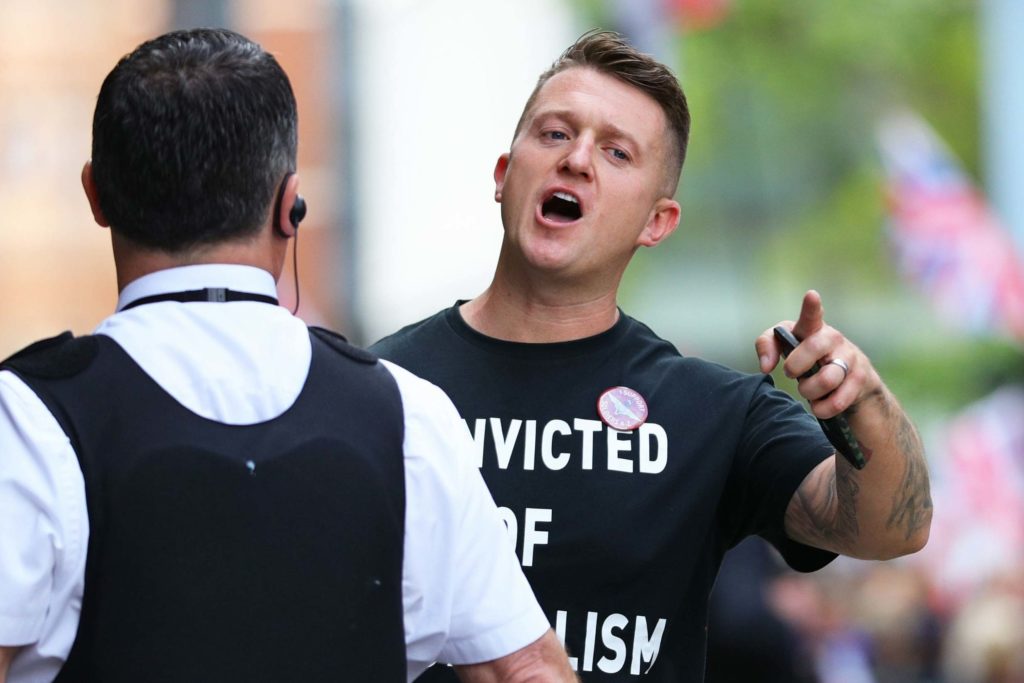 Robinson was today sentenced to nine months in prison

Robinson, real name Stephen Yaxley-Lennon, was found guilty of contempt of court last year and sentenced to 13 months in prison. However, he was released on bail pending a retrial due to a few procedural errors.

The retrial, held today, once again found him guilty and Robinson has been taken into custody.

Passing sentence today, Dame Victoria Sharp said: “He [Robinson] has lied about a number of matters and sought to portray himself as the victim of unfairness and oppression.

“This does not increase his sentence, but it does mean that there can be no reduction for an admission of guilt.”

Robinson had denied breaching the reporting ban and as he arrived at the Old Bailey in London this morning, he claimed he was being “arrested illegally”.

Supporters of Yaxley-Lennon gathered outside the London court and booed as news of his sentence reached them.

Police were then pelted with cans and plastic bottles as the group began chanting “we want Tommy out.”

Robinson arrived late to court proceedings wearing a shirt emblazoned with the slogan ‘convicted of journalism’.

Once inside, his barrister apologised for their late arrival, to which Sharp’s response was: “Well, it’s not a very good start is it?”

Tragedy as man, woman and boy die in incident at Loch Lomond