IRELAND is ready and waiting to welcome back visitors from Britain as soon as government restrictions on international travel are lifted - which could be within months.

Niall Gibbons, CEO of Tourism Ireland (TI), revealed the excitement building around a potential return to movement between the two nations in an exclusive interview with The Irish Post.

While Covid-19 restrictions across Britain and Ireland still bar non-essential travel, Mr Gibbons is hopeful that this may change in the second half of the year - which could see travellers making the long-awaited trip home from June onwards.

“The big question I keep getting asked is when can people travel to Ireland,” Mr Gibbons states.

“It’s impossible to put a date on it today,” he adds, “but what we are saying is that we don’t see overseas tourism recovering in the first half of this year, but certainly we are really hopeful that we can see a recovery in the second half of the year.”

And that return to travel can’t come quick enough for nation’s tourism industry – which is bolstered by millions of visitors from Britain into Ireland each year.

“So that’s going to be a strong part of the [sector’s] recovery.”

The CEO believes that the return to non-essential flights between nations will also play an important part in getting the industry moving again.

“Air connectivity is going to be really important for Ireland, being on the fringe and the periphery,” Mr Gibbons claims.

“We are fortunate that we do expect to see a really strong recovery in air connectivity from Britain when the time is right.”

He explained: “In a pre-Covid world there is about 230,000 [airline] seats on sale every week between Great Britain and Ireland, and 45,000 car spaces on the ferries, every week, so they will come back.”

While Ireland’s tourism industry waits for the green light to open back up, TI - the government appointed body responsible for marketing the island of Ireland overseas - has been busy conducting research within its four main markets – which are Britain, the US, France and Germany.

The organisation surveyed 1,000 people in each nation, each month, to see “where people’s heads are at” when it comes to travel, Mr Gibbons confirms.

And its findings point towards Britain being the most important region to the sector’s recovery. 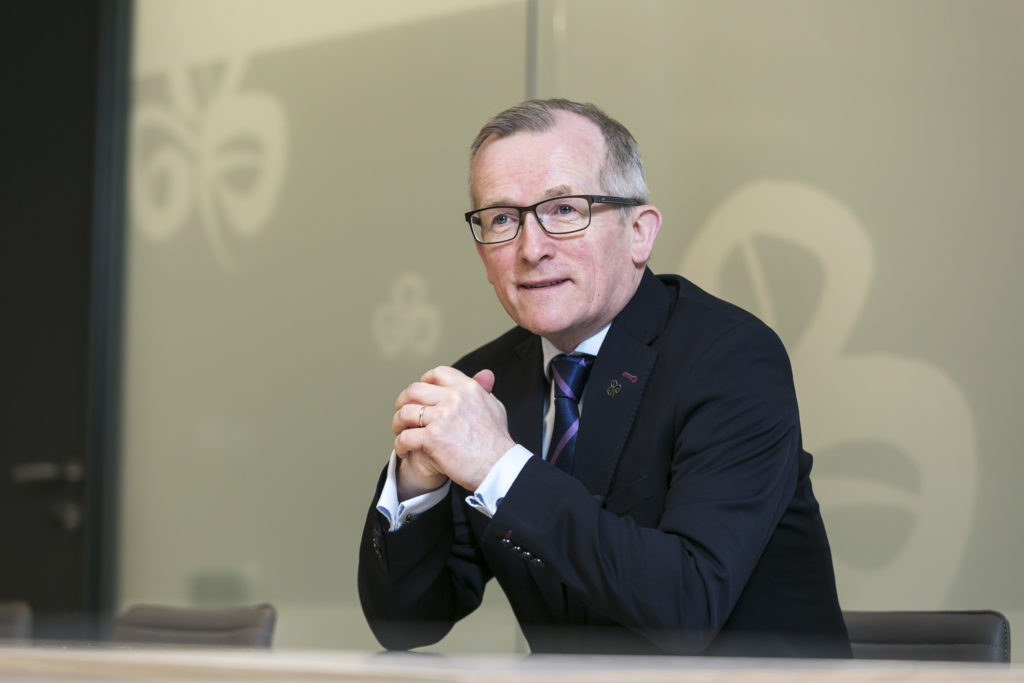 Excitement is building for a return to travel, claims Niall Gibbons, CEO of Tourism Ireland

“The feedback we are getting is very consistent,” Mr Gibbons admits, “the first thing they are saying is that they are dying to get back to travel again.

He added: “It might sound like common sense, but two years ago everyone would be talking about the ‘braggable destinations’, you know, going to New Zealand to do white water rafting, or going to the Outback in Australia.

“It’s now about wholesome reconnection, believe it or not, it sounds corny, but it’s a recurring theme in the research.”

He explains: “We all know people who have had births, deaths, marriages, we have all missed big family occasions.

“That’s why, I think, in terms of tourism recovery, Britain will be leading the way into Ireland, to be quite honest with you.

“I think all these things resonate – being close to home, it's familiar, it’s an extension of the home holiday and there are huge family and friends connections here.”

There is no question that the return of travel is vital to secure the nation’s post-pandemic economy.

Ireland’s tourism industry employs 10 per cent of people across the country, with roughly 235,000 people working within it, it contributes about €6billion to the economy annually and represents four per cent of the nation’s GDP.

But are the people of Ireland ready to open their borders, towns and villages to visitors once again?

Mr Gibbons believes they will be, in time.

“When you get into more rural areas, rural communities are more concerned about looking after their people [right now],” Mr Gibbons admits.

“We do surveys on this and people would be concerned right now,” he adds, “but they are looking forward to the return of tourism down the line and it will happen when the time is right.”

The continuing vaccination programme rollout in Britain and Ireland is expected to add reassurance for people in Ireland as well as visitors and be a key element within the framework around a return to travel.

“If the vaccination programme keeps on delivering the numbers it's doing, that will provide people another reassurance,” Mr Gibbons explains.

“But I think for the moment [the return to travel] won’t be based on vaccinations alone, it will be rapid testing too, that will play a role, and probably masks and social distancing will play a role too.”

In a message to the many members of the Irish community in Britain who have been waiting a year to get back home, Mr Gibbons added: “We can’t wait to see you.”

“We are waiting here with our arms open and the green carpet rolled out.

“We genuinely can’t wait to see you, when the time is right, and you will be guaranteed of a great welcome.”