TRIBUTES have been paid to Paddy Duffy, an advisor to former Taosieach Bertie Ahern, after he passed away in London.

Mr Duffy, 75, fell ill as he prepared to board a flight from Heathrow to Dublin this morning, according to Independent.ie.

He and Mr Ahern are believed to have been returning to Ireland after a week in Papua New Guinea. 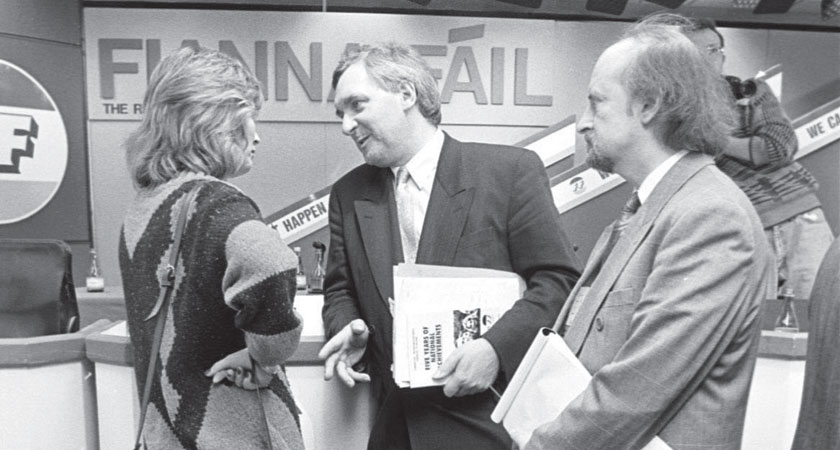 Duffy, right, with then Minister for Finance Bertie Ahern during the 1992 General Election campaign (Image: RollingNews.ie)

They were attempting to broker peace in the Bougainville region ahead of an independence referendum next year.

Tributes were paid to the former press secretary and special advisor to Mr Ahern, with journalist Ken Murray hailing him ‘one of the great characters of Government Buildings’.

RIP Paddy Duffy, one of the great characters of Government Buildings in the late 90's

Jeez, I'm very sorry to hear about the passing of Paddy Duffy. He was incredibly nice and supportive of me when I started out as a researcher and hadn't a clue of what I was at. Very sad.https://t.co/nhMjrRPnab

Very sorry to hear of the death of Paddy Duffy. I worked with him in Leinster House in the ‘90s. He was clever, kind, and a great man for the craic. A great supporter of younger colleagues, at a time when not everyone was. RIP.

sad news, a character in the best possible sense. RIP

RIP Paddy Duffy, a wonderful man and family man. I personally owed him a huge debt of gratitude as if it hadn’t been for him I wouldn’t have gotten an extra 3 years with my dad. My thoughts go out to his close family and our extended family.

Very, very sorry to hear this sad news about the death of Paddy Duffy. He was a really lovely man and will be much missed. RIP.https://t.co/TWfSTKXVVM