Trimble and the Troubles

David Trimble in the House of Lords 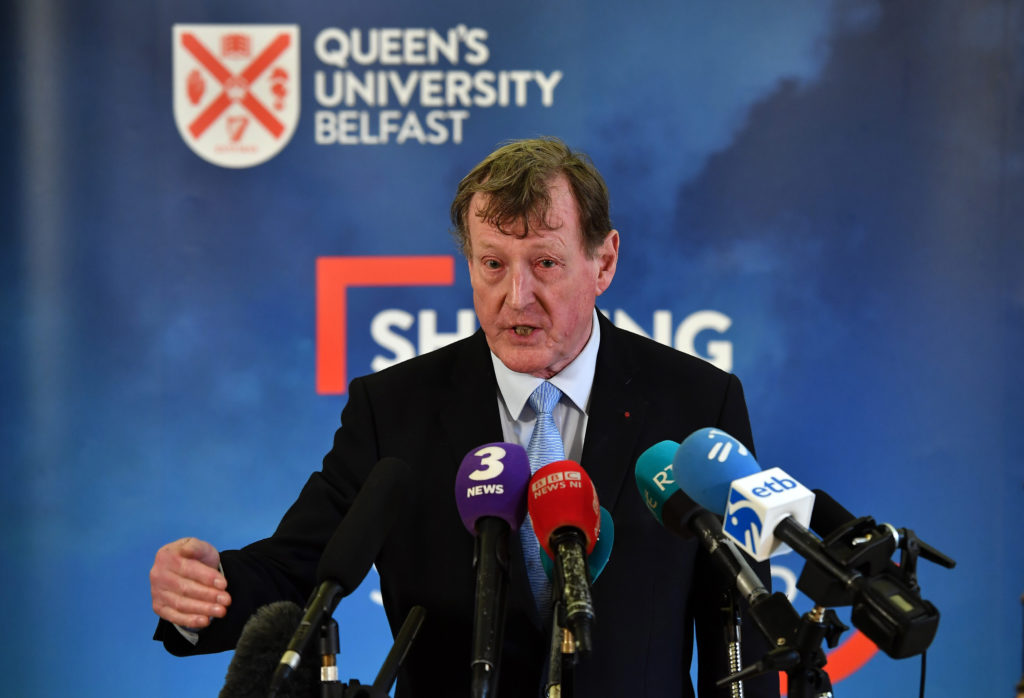 DAVID Trimble had a reputation for being something of a curmudgeon, even stroppy for no apparent reason, but on meetings we had, I found him reasonably easy company if at times a bit stern. As well as politics, he spoke of his love for opera, displayed an impressive knowledge of Irish ballads, and revealed a lifelong admiration for the King.

But not King Henry II, or King William III.

The King, as it turned out, was Elvis Presley. He was a true fan of the man from Tupelo, odd as it that may seem.

In short, David Trimble had what might be called a wide cultural hinterland. That probably stopped him being parochial, even though he was an Orange man.

Trimble grew up in Northern Ireland where, for more than half of his life, civilian life was marred by violence and strife, and probably the most dangerous place in Europe.

Sectarian politics drove that violence, but as sometimes happens in long drawn conflicts, a group of people emerged who somehow produced a chemistry that led to peace. The roll call includes Albert Reynolds, Bertie Ahern, John Hume, Gerry Adams, Martin McGuinness, John Major, Tony Blair, the two Americans Bill Clinton and George Mitchell — and David Trimble. These people, against quite hefty odds, helped bring peace to Ireland. It had been a country that looked, on occasion, as if it could tip over into fullscale civil war, or the kind of violence that overtook former Yugoslavia on the the death of Tito. Northern Ireland, and the Republic, narrowly avoided that fate.

That it did so was down to these people

There were others too, of course, but the above-mentioned were the main players.

Looking back on David Trimble’s career now, however, it is tinged with irony.

He was a very accomplished legal expert, but lost out on the top job of head of department at Queen’s University Belfast to Mary McAleese — Mary has the distinction of beating both Trimble and Albert Reynolds to top jobs, having nicked the Irish presidency from under Albert’s nose.

Then Trimble backed the losing unionist side in the North, losing his seat, and ultimately his career to the DUP.

He was ousted by Ian Paisley’s party — primarily for ‘dealing with former gunmen’, according to Paisley.

Yet with months, Ian Paisley was in a power-sharing government with a man who was a self-confessed member of the IRA, Martin McGuinness.

In 1998 David Trimble won the Nobel Peace Prize – along with John Hume, a man he didn’t much like.

To some extent, it would be fair to say he was probably as surprised as anyone to have become one of the architects of the Good Friday Agreement. In fact at the time of the presentation in Stockholm, Trimble was described as looking as surprised as a man who had won the lottery even though he hadn’t bought a ticket. But that was a trifle unfair.

In losing  his position of First Minister, and ultimately his career, he arguably saved many lives. Due to the peace process a sort-of-peace had taken hold after the Good Friday Agreement, and this relative calm segued into a more recognisable normal sort of peace. There are of course still massive issues in the North, but the problems are now (largely) political squabbles, and not deadly armed conflicts. Trimble had a very large hand in bringing that about, and clear-minded lawyer that he was would have realised that a problem that was 800 years in the making wouldn’t be solved overnight.