FOTA WILDLIFE PARK has welcomed two adorable baby ring-tailed lemurs ... and they want the public to name them.

It's been over a decade since a ring-tailed lemur was born in the park, with the last baby born way back in 2009.

But the troop welcomed two new arrivals earlier this year, the first born on March 12 to a seven-year-old female named Quincy - who arrived from a Dutch zoo two years ago.

Another member of the troop, Aqua, gave birth on April 10, to a little baby female.

Sadly, the father of the two newborns never got to meet them, as he passed away on March 11, the day before the first baby arrived.

But there's some good news, the park is now calling on the public to name the new lemurs.

They've launched an an online application form, where you can make suggestions. But choose wisely, because you only get to offer up one name, to ensure that at least two winners are picked.

"We’re absolutely delighted with the birth of the two ring-tailed lemur babies, which is an endangered species, and they are nearly five and four months old now," said lead ranger Teresa Power. 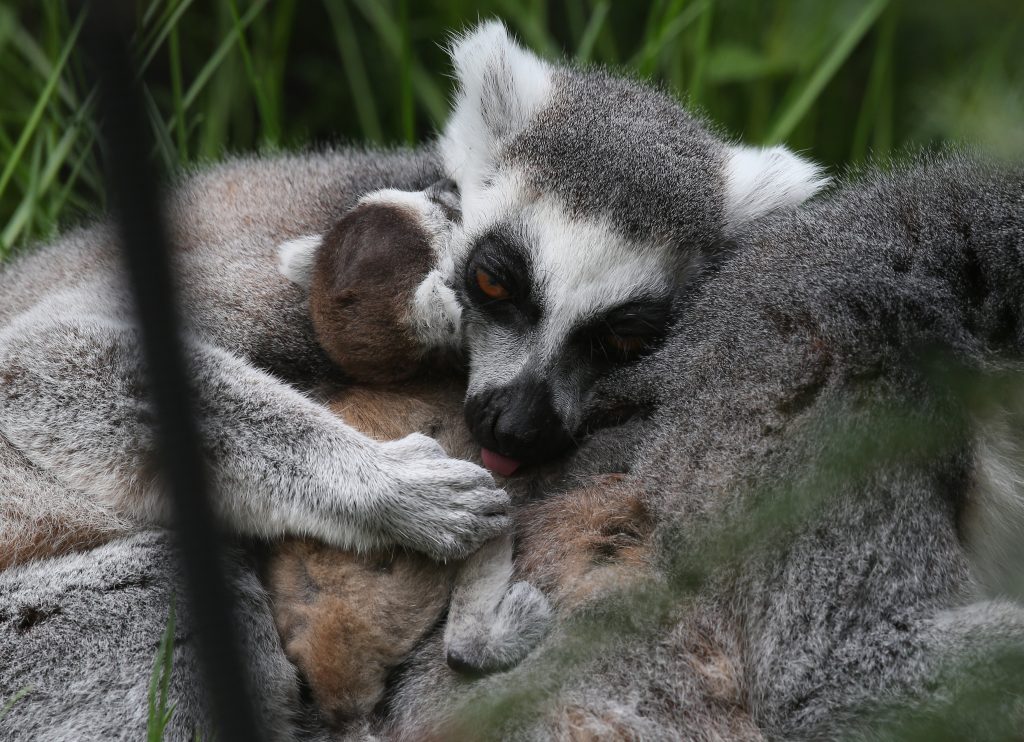 "They really are at a perfect stage for the public to see them as they can be spotted daily clinging to their Mum’s back out on their island habitat or else scampering across the purpose-built mesh tunnel from their house.

"Even though she is smaller and younger than the male, the little female is very feisty and bossy towards her bigger brother.

"The two mothers and babies are living together with access to one of the wildflower islands on the lake, but we have plans to mix them with the rest of the group, all to be free-range in the Palm Walk area.

"Katie was the last baby Ring-tailed lemur born at the Park about 12 years ago to mother Joplin- they are both still here and will hopefully be out mixing with the new babies soon."

In the wild, lemurs are only found in Madagascar, a large island off the Eastern coast of Africa.

Due to deforestation and loss of habitat, most lemur species are endangered, and it's thought that only 2,000 ring-tailed lemurs remain the wild, the same number there are in zoos across the world.

Lemurs are primates and are closely related to monkeys, and indeed human beings. They generally live in troops of around 30 individuals, and like elephants and whales, the most senior females are the leaders.