TYSON FURY has astonishingly revealed that he's ... relieving himself ... up to seven times a day ahead of his highly anticipated rematch with American heavyweight Deontay Wilder.

The Gypsy King says he's adopted the new training method - if you can call it that - in order to "keep my testosterone pumping". 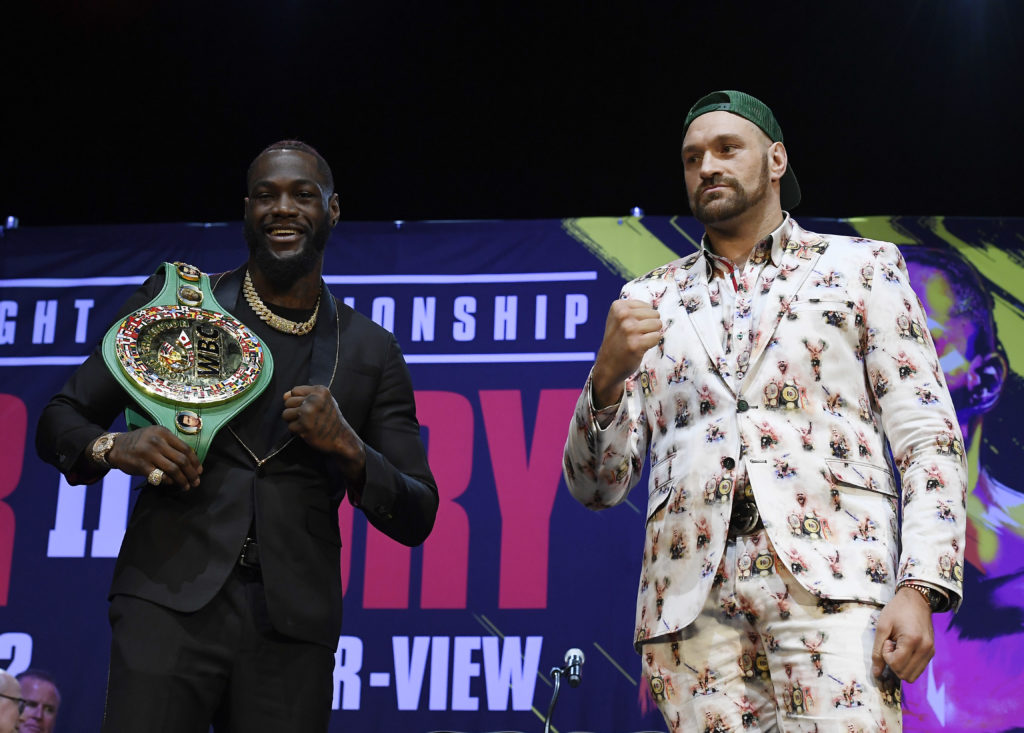 LOS ANGELES, CA - JANUARY 13: Deontay Wilder (L) and Tyson Fury get together during a news conference at The Novo Theater at L.A. Live on January 13, 2020 in Los Angeles, California. (Photo by Kevork Djansezian/Getty Images)

The 31-year-old told reporters during a press conference for the upcoming bout that he's doing "a lot things I didn't do before".

"I’m eating five/six meals a day, drinking eight litres of water. If it’s gonna give me an edge, I’m willing to try it," said Fury.

"I gotta to keep active and the testosterone flowing for the fight. Don’t want the levels to go down," he added.

Fury and Wilder met in the ring back in December 2018.

The two undefeated heavyweights controversially fought to a split decision draw, with many believing Fury was robbed of a deserved victory, having been on top for most of the fight.

Though given that Wilder knocked Fury down twice during the fight, the latter of which lead to an epic recovery fro Fury in the 12th round, some believed the American deserved the W.

In any case, the epic bout unsurprisingly garnered enough attention for a rematch to be organised, and the two will meet between the ropes once again in just over a month's time.

Fury said of the clash: "I wanna meet him head on, ‘mano el mano’ in the centre of the ring.

"Let’s make it a Tommy Hearns vs Marvin Hagler type of fight.

"I’ll meet you Deontay in the middle of the ring, February 22, I won’t be running, you won’t have to look anywhere for me.

"Just watch out for the right hands because you’re going to sleep in two rounds."

Will Fury's 'handy' new training method get him over the line this time? We'll found out next month.