The news comes as Trump reportedly spent his first few days off the job looking for lawyers from his Mar-a-Lago estate.

House Democrats voted to impeach Mr Trump last week for inciting the mob that stormed the Capitol building on January 6th and are keen to proceed with the trial sooner rather than later.

They argue that a reckoning is necessary before the country and Congress can move on from the tumultuous events surrounding the insurrection on Capitol Hill.

Mr McConnell takes the view that while the proceedings should go ahead, the first phase of the trial should be postponed to next week, beginning January 28th.

The timeline should reflect the severity of the charges, Mr McConnell argues, as well any legal or political precedents that should arise from it and the ramifications thereof. 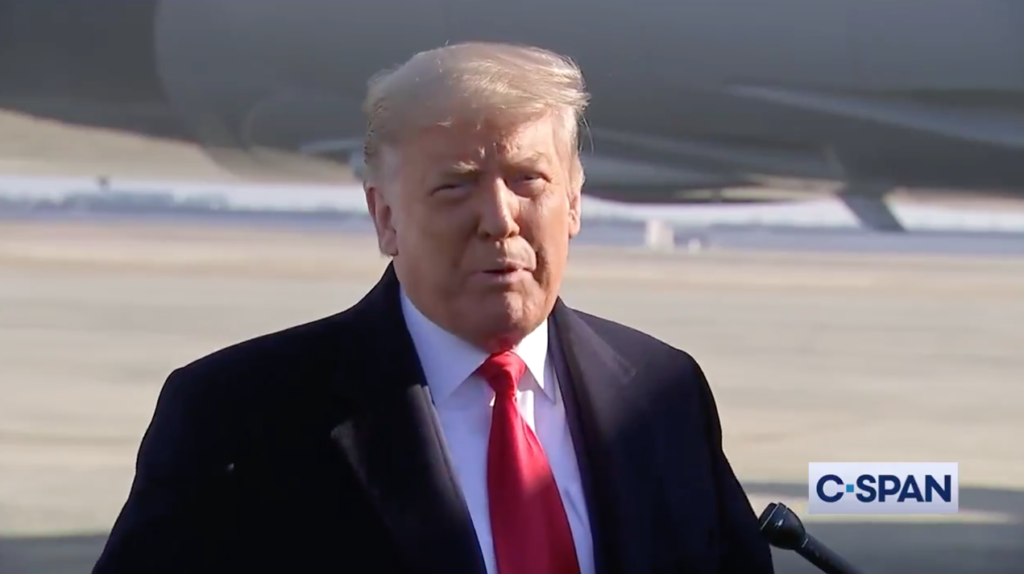 Donald Trump is the first US President in history to be impeached twice.

In a statement, Mr McConnell said: “Senate Republicans are strongly united behind the principle that the institution of the Senate, the office of the presidency, and former president Trump himself all deserve a full and fair process that respects his rights and the serious factual, legal, and constitutional questions at stake.”

Following the beginning of the trial, the former presidents defence team and House prosecutors will have two weeks to file briefs, after which legal arguments should commence in mid-February.

The Indiana senator Mike Braun said that the change in date was “due to the fact that the process as it occurred in the House evolved so quickly, and that it is not in line with the time you need to prepare for a defense in a Senate trial”.

The timetable is under review by the Senate majority leader Chuck Schumer, who will soon meet with Mr McConnell to discuss the issue, a spokesperson has confirmed.

Ultimately, the decision rests with House Speaker Nancy Pelosi, who has the power the trigger the impeachment trial process by forwarding the charge of incitement of an insurrection over to the Senate.

Commenting on when this was likely to happen, Mrs Pelosi said: “It will be soon. I don’t think it will be long, but we must do it.”

Mr Trump told a large crowd of his supporters to “fight like hell” – against what he deems to be an illegitimate election result – hours before the insurrection took place on January 6th.