VACCINE PASSPORTS designed to prove the holder has been immunised against Covid-19 will be introduced in Ireland under plans being mapped out in the EU.

The European Commission is to propose legislation for an EU-wide digital vaccine passport this month.

President Ursula von der Leyen in a speech to lawmakers from across the bloc.  She said: “As for the question of what the digital green passport could look like: we will submit a legislative proposal in March”.

Her announcement comes just days after EU leaders agreed to put a plan together for the establishment of digital certificates by the summer. According to German chancellor Angela Merkel, the EU-wide vaccine passport system could be up and running within three months.

Once established, the Covid-19 vaccine passport program would allow for the re-establishment of international travel within the continent in time for the busy tourism season.

Several organisations, including global airlines body IATA, are in the process of developing the software to use as part of the new system. 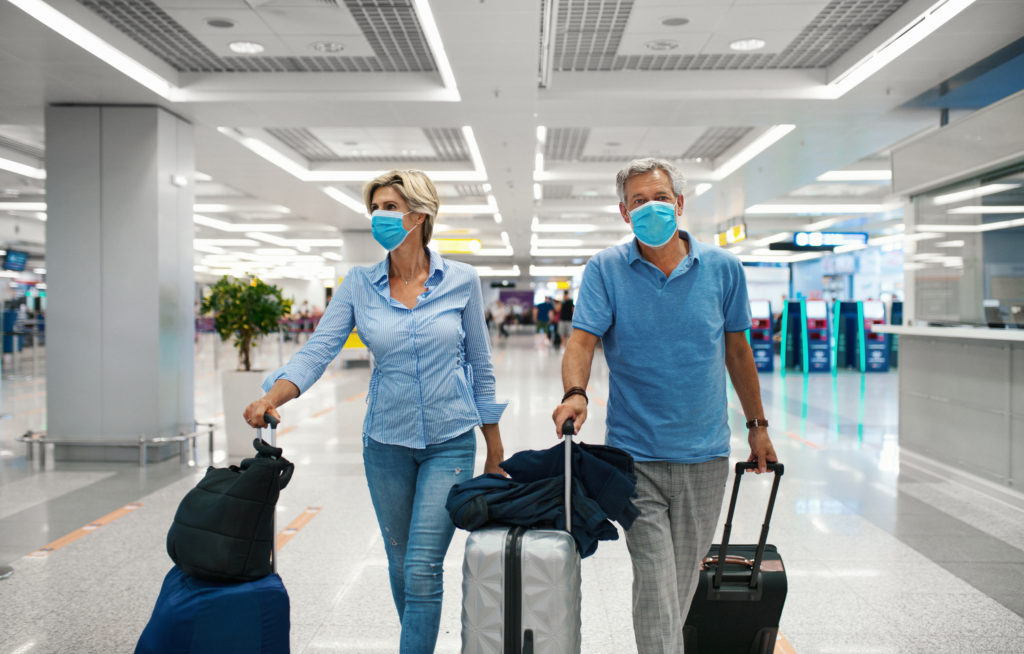 Closeup front view of a mid 50's couple waiting for a flight after coronavirus travel ban has been lifted. Both wearing face mask while walking through almost empty airport.

The Tánaiste Leo Varadkar, previously confirmed Ireland was developing a vaccine passport that would allow those who have received the jab to travel abroad this summer.

He told the Dáil, the system would see passengers given a document with a QR code on it, which will prove they've been vaccinated against coronavirus and allow them to travel freely without having to quarantine or self-isolate.

"And I know in other countries, like Israel for example, they're using that to say that if you have it, you don't have to self-isolate and the same applies to travel, opening now between Cyprus and Greece, but we're just not at that point yet in Europe. We're just not.

"The science doesn't yet say that being vaccinated is enough to say that you don't get the virus and pass it on, but I do hope that we will get there."