THE NATIONAL Poisons Information Centre of Ireland has warned the Irish public that there will be a large increase in the risk of finding a False Widow spider in their homes.

The drop in temperature as Autumn sets in across the country is leading to spiders seeking warmth and shelter in people's homes, often through open windows.

One such spider set to become much more prevalent in houses across the country is the invasive False Widow, whose venom is much more potent than native Irish spiders, and shares two-thirds of its toxins with the fatally venomous Black Widow.

The National Poisons Information Centre (NPIC) have issued a warning to the public to remain vigilant as the presence of the venomous spiders is set to rise.

In a statement, a spokesperson for the NPIC told the public to be on the look-out for a spider of a "brownish colour with paler markings and a bulbous body", which will be most-often seen around windows and in conservatories. 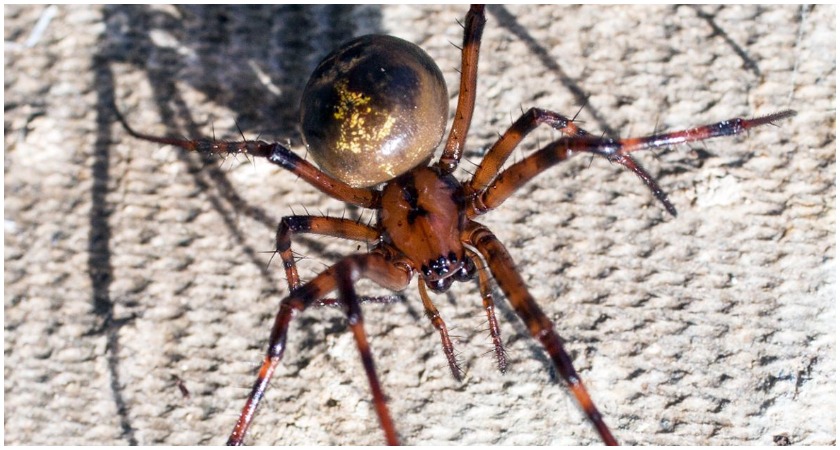 Should a person be bitten by the species, the severity of the bite will "depend on the spider and the sensitivity of the individual", but pain, redness and swelling at the area of the bite are common.

Less common side-effects include nausea, vomiting, headache and hot and cold flushes, and rare-- but possible-- side effects can include necrosis and bacterial infections.

They assured the public however that a bite from a False Widow is not fatal, and the species does not randomly bite humans-- their venom is usually preserved for prey.

Should you be bitten by a False Widow, the NPIC advise to gently wash the bite with soap and water and apply a cold pack.

If pain persists or swelling develops on the site of the bite, the person should contact the NPIC directly or a GP-- and anyone who is bitten on or around their eye should seek medical attention.

You can learn more on the NPIC website here.