False Black Widow spider found in a garden in Dalkey

A NUMBER of sightings of false black widows spiders have been reported in Ireland recently, with the latest coming from Dalkey, South Dublin, according to the Irish Mirror.

Residents of the town have been warned to keep an eye for the venomous spiders with reports of people being bitten by the false black widow earlier this year in Kilkenny and Waterford. 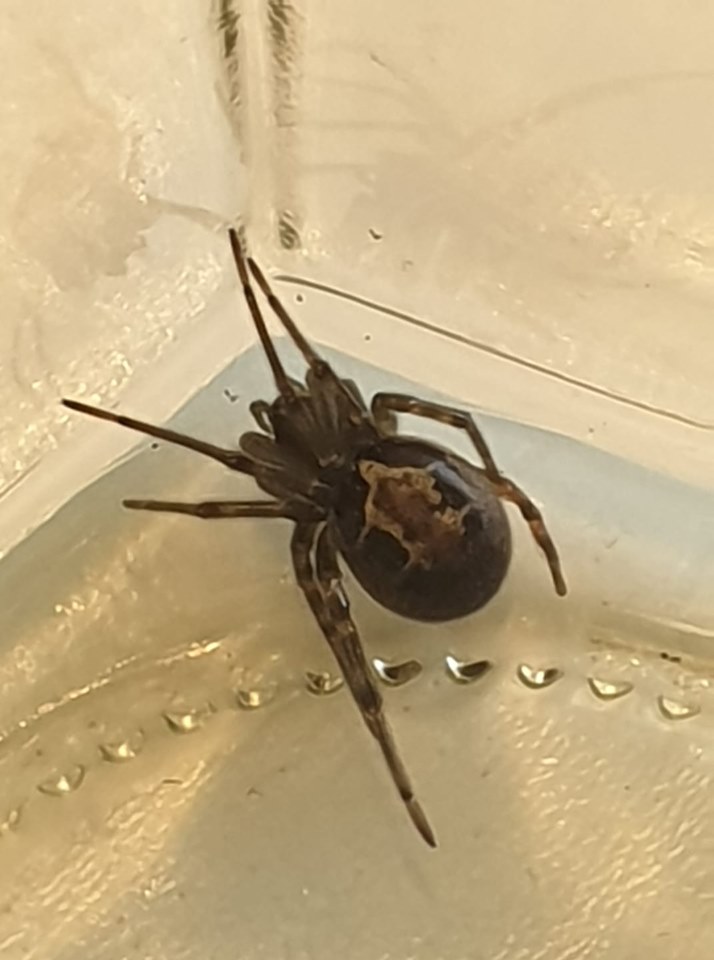 False Black Widow spider found in a garden in Dalkey

Sharing an image of the spider to the Dalkey Open Forum on Facebook, one individual, Michael Molloy, who discovered the arachnid in his back garden said he’d be wearing gloves out there from now on.

“Hi all,” he wrote. “Just to be aware, found this morning in a coiled up hose in garden. It’s a False Black Widow they are aggressive and give a very sore bite.

“Not fatal like their Aussie cousins but can have complications. I read an article about them in the Indo a while ago and was surprised to say the least!

“Definitely wearing garden gloves from here on. Normally I capture spiders and release them but this guy (or girl) is going to get the chop!”

The female false black widows have a stronger and more painful bite than the males.

The spiders are most common in Australia and North America but can be found in Europe too. 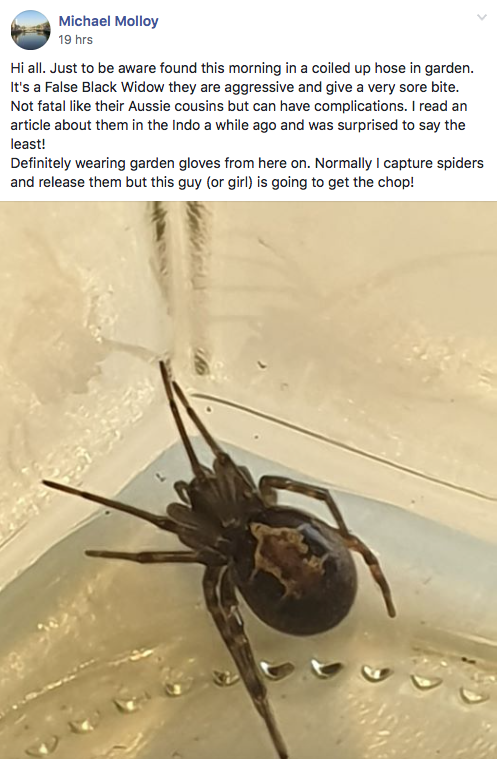 They’re generally not considered to be too aggressive and have only been known to bite humans in acts of defence, often when they’re accidentally squeezed or pinched.

False black widows have been known to bite fingers if they’re thrust into their webs, but only because they mistake them for smaller prey.

Usually the spiders will flee once they get a sense that a larger creature is present.

Their fearsome reputation stems from the resemblance they share with the black widow spider - hence their name.

A black widow spider bite is far more painful and can lead to severe muscle pain and abdominal cramps - and in rare cases, they have been known to kill.