A FORMER FBI agent and his daughter have been found guilty of killing Irish father-of-two Jason Corbett in the United States.

Limerick native Mr Corbett, 39, was found dead at his home in Lexington, North Carolina on August 2, 2015.

The father and daughter had denied the charges against them citing self-defence, but the jury rejected their claims and sentenced them to a combined minimum of 40 years in prison.

Both received the same sentence of a minimum of 20 years in prison and a maximum of 25 years, which had been recommended by the prosecution.

Martens and Molly Corbett alleged that on August 2, 2015, Martens came to his daughter’s defence after Jason Corbett attacked her.

In a 911 call from the night played to the jury, Martens was heard telling the operator that he hit Jason Corbett "in the head with a baseball bat."

"He was choking my daughter, he said, 'I'm going to kill her'. He's bleeding all over and I may have killed him."

During the trial, the jury was shown the recovered baseball bat and a paving stone prosecutors said Molly Corbett used to hit her husband.

Jason Corbett was brutally killed at his home in North Carolina in August 2015.

Dr Craig Nelson, a licensed pathologist, said that Mr Corbett was struck at least 10 times, but he couldn’t say exactly how many times or how quickly.

Two spots on the Irishman’s body showed evidence of repeated blows, and one scrape on Mr Corbett’s head occurred after his heart had stopped.

According to the autopsy report, Mr Corbett was beaten to death with a baseball bat and a landscaping stone.

Dr Nelson said that when he pulled back the scalp to perform the autopsy, pieces of Jason Corbett’s skull fell away.

He also identified fracturing of the nose, bruising on the thigh and hand and scraping on the back and neck.

The exact cause of death was blunt force trauma, according to Dr Nelson.

Prosecutors called it a brutal murder, and pointed to the fact that Molly Corbett and her father didn’t appear to have any injuries – a common sign of self-defence.

Testifying in court last week, Jason Corbett’s sister Tracey Lynch said he had told her that he and the children were going to visit Ireland for their dad’s 80th birthday in September 2015, according to local news service The Dispatch.

Ms Lynch said Molly Martens-Corbett contacted her in March 2015, telling her about travel arrangements for the birthday party. 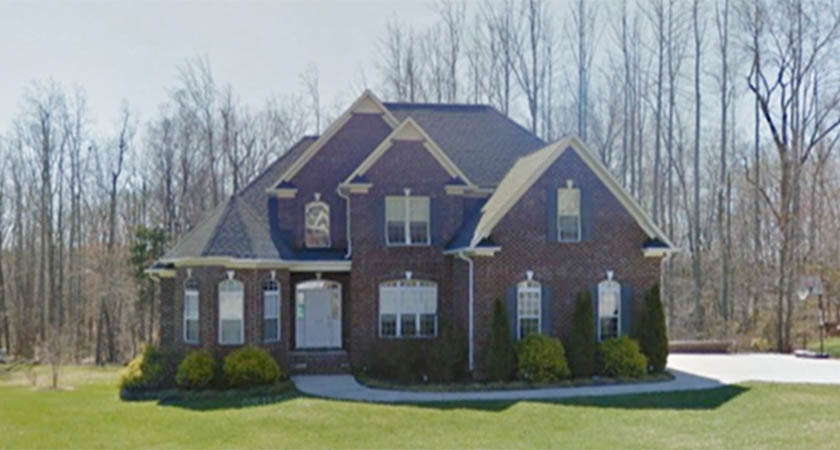 Ms Lynch stated that she found it odd that Molly Corbett would ask her about the birthday party, and not directly ask Jason Corbett.

Mr Corbett’s sister also testified that he had felt “homesick and lonely” while in the United States.

The defence argued that an investigator failed to collect or notice evidence on the night of the killing, including an alleged mark on Molly Corbett’s neck, hair under Jason Corbett’s fingernails and blood on his feet.

ABC News reports that after the verdict, she told the court, “the incidents occurred as they did on a somewhat regular basis, the difference is that my father was there.”

Jason and Molly Corbett first met in Ireland in 2008, while Ms Corbett was working as an au pair for his two young children after their biological mother died.

They married three years later and moved to the US.

After Jason Corbett's death, Molly Corbett fought for custody of Jason Corbett’s children but guardianship was granted to their aunt Ms Lynch.

"Jason will be remembered for who he was, not for how he died," Ms Lynch said after the verdict.