Brendan Rodgers’ Celtic to kick off new season away at Tynecastle

CELTIC will open up the defence of their Scottish Premiership title away to Hearts on the first weekend of August.

The trip to Tynecastle will mark Brendan Rodgers’ first ever league game as manager of Celtic and the Co. Antrim native will be hoping his team gets off to a good start in what looks like being a tricky encounter.

Meanwhile, newly promoted arch rivals Rangers will kick off their new season at home to Hamilton, while the first Old Firm game will commence on the weekend of September 10/11 at Parkhead.

The second is scheduled for the December 31 at Ibrox with the third and penultimate Glasgow derby of the season coming on March 11, when Celtic will be at home.

In other news, Celtic striker Carlton Cole has departed Parkhead after signing just eight months ago for the Scottish champions.

The 32-year-old was brought in by former manager Ronny Deila on a two-year deal after being let go by West Ham, but he failed to hold down a starting berth in the team ahead of top scorer Leigh Griffiths.

Celtic confirmed the former England international’s departure via their website in an extremely brief statement.

"Celtic Football Club today confirmed that Carlton Cole is leaving the club,” it read. "Everyone at Celtic would sincerely like to wish Carlton the very best of success for the future."

Northern Irishman, Brendan Rodgers is rumoured to have a sizable transfer budget to work with this summer as he continues to offload squad players to make way for new signings. 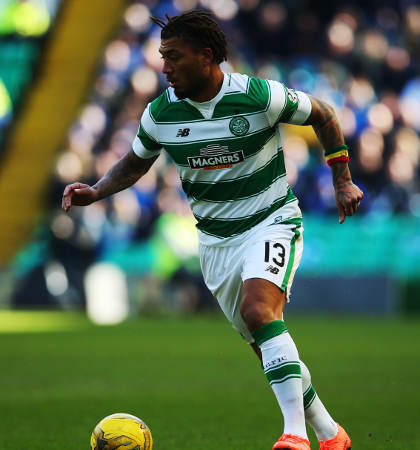 Meanwhile, new signing Kristoffer Ajer says his dreams have come true after signing for the Bhoys on Tuesday from Norwegian side IK Start.

‘’In my head I have dreamed about that so many times since I signed for Celtic. Here in Norway we have five or six thousand at each game and at Celtic there will be 50-60,000 at some games so that will be crazy,” said the 18 year-old.

“For me it’s a big dream come true to play in front of so many people. At Start we sold 900 season tickets this year so it’s a big difference and that’s what football is all about, playing in front of amazing supporters and hopefully we can bring them some success.

‘’I’m most looking forward to just being a professional footballer and living out my dream, to walk out at Celtic Park in front of thousands of supporters and hopefully score some goals and celebrate in front of so many people.”