Andy Farrell makes six changes for the England game, Hansen misses out, Sexton comes back in

ANDY FARRELL has announced his team for the England game this weekend. He's made six changes to the side that beat Italy 2 weeks ago. Sexton comes back in as captain and Hugo Kennan replaces Italy debutant Mike Lowry and Mack Hansen, who don't make the squad.

A win is vital for Ireland if they want to keep their championship hopes alive, as do England.

Ireland's last win in Twickenham was in 2018, when they won the Grand Slam. 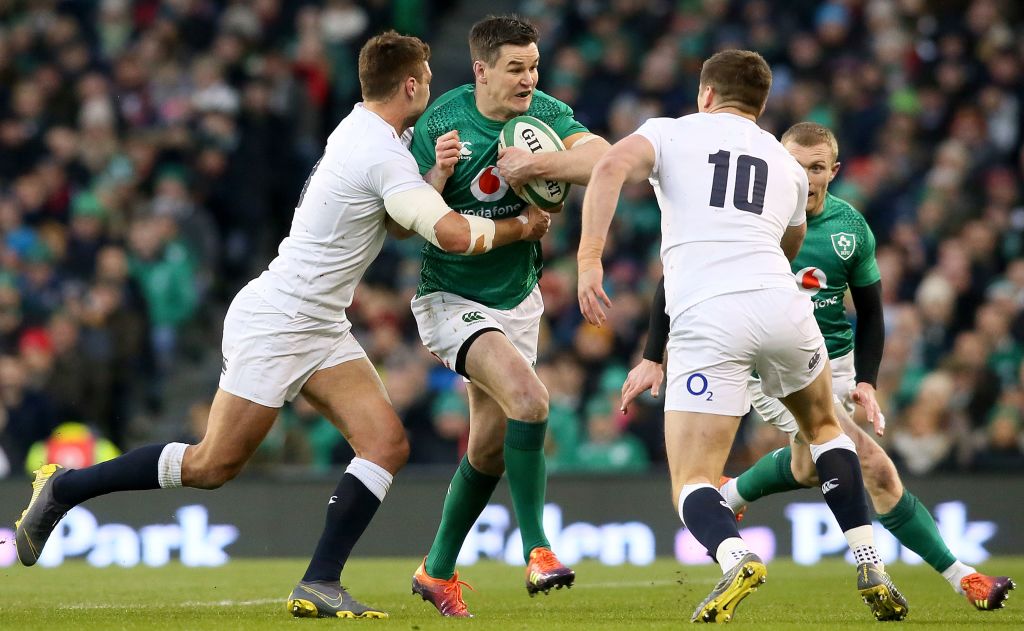 The front row's reliable duo of Ronan Kelleher and Andrew Porter have been ruled out of Six Nations and have thus been replaced with Leinster Cian Healy who wins his 115th cap.

Dan Sheehan his club team mate also comes in as hooker for the injured Kelleher, while Tadgh Furlong retains his place.

In the second row James Ryan, who was replaced for Ryan Baird in the Italy game comes back in, while Tadgh Bierne keeps his place.

The back row consists of the same personnel of Peter O' Mahony, Caelan Doris, and Josh Van Der Flier.

The center pairing of Bundee Aki and Garry Ringrose get the nod by Farrell. Robbie Henshaw drops to the bench.

James Lowe keeps his place on the left wing.and Andrew Conway will take up duties on the right wing.

Mack Hansen and Ulster full-back Michael Lowry are not in the match-day squad.

Hugo Kennan replaced the latter at fullback after missing the Italy game.

The game which kicks off at 4.45pm will be televised by RTE