Basketball Ireland and TG4 agree deal for international basketball in 2022

BASLETBALL IRELAND and TG4 have agreed a three-game deal for FIBA EuroBasket games in 2022, which will see both the men’s and women’s senior sides shown live on the station. The first game takes place on June 30th, when the Irish senior men take on Austria in Salzburg, followed three days later by their home contest against Switzerland, on July 3rd.

Ireland remain firmly in contention in Group A, they’re third, just a point behind joint-leaders Switzerland and Austria. The group winners and the two best second-placed finishers from three groups will advance to round 2 of the Pre-Qualifiers, which begin in August, with another two-game matchday window in November.

Ireland’s senior women return to action on November 27th, at home against the Netherlands in their FIBA Women’s EuroBasket 2023 Qualifiers, which will also be live on TG4.

Basketball Ireland CEO, John Feehan, said: “This agreement reinforces TG4’s commitment to top class Irish international and domestic basketball. They already provide excellent coverage of our InsureMyHouse.ie National Cup and showcased our return to FIBA EuroBasket last year. This announcement for our 2022 internationals is another sign of the appetite for basketball in this country.”

Rónán Ó Coisdealbha, TG4 Head of Sport, added: “TG4 is excited to be broadcasting the Irish senior international basketball teams, as they compete against Europe’s best in FIBA EuroBasket. Both the men’s and women’s teams have put in hugely impressive performances since returning to EuroBasket level, and our viewers have enjoyed watching and supporting them. TG4 is delighted to make even more of these games available to the public on free-to-air television and this agreement means that more top-class basketball will be aired for Irish audiences in 2022.”

Ireland senior men’s head coach, Mark Keenan, stated: “This is great news for our sport, the guys are hugely excited about the upcoming games against Austria and Switzerland in a few weeks’ time. It’s wonderful to see both games shown live on TG4, the station have been a great supporter of Irish basketball. We’re looking to give our fans plenty to cheer about in the next two games, as we target reaching the next stage in FIBA EuroBasket qualification.”

Ireland senior women’s head coach, James Weldon, added: “It's fantastic news that TG4 will once again cover our home game with the Netherlands this November. It gives the wider basketball community and beyond a chance to see our players in action at the top level of European basketball.”

Austria versus Ireland on June 30th tips off at 7.20pm, with live coverage on TG4 starting at 7.05pm. Three days later Ireland host Switzerland at the National Basketball Arena, live coverage starts at 5pm, with the game tipping off at 5.15pm. TG4’s Cispheil Beo will be presented by Galway sports broadcaster Máire Treasa Ní Cheallaigh, who will be joined by a team of expert basketball analysts. The series is produced by Fogarty Fenwick Services. 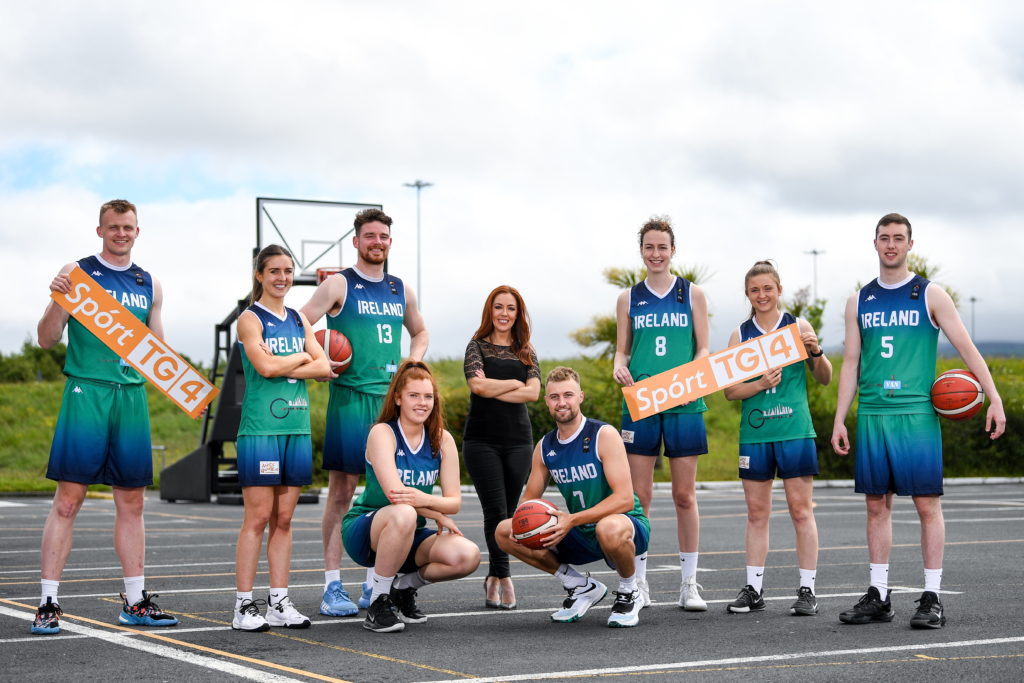