Dublin , Ireland - 13 November 2021; Jordie Barrett of New Zealand is tackled by Garry Ringrose of Ireland during the Autumn Nations Series match between Ireland and New Zealand at Aviva Stadium in Dublin. (Photo By Ramsey Cardy/Sportsfile via Getty Images)

IRELAND'S PERFORMANCE and victory against the All Blacks in Dublin has left many Irish rugby fans smiling proudly at work today. Ireland's 29-20 win on Saturday was the country's 3rd win in five years and the second at the Aviva.

Ireland's win was a great way to start the weekend. But it was the manner and application that have given people a lot of hope looking into the future.

Brian O' Driscoll said the standout statistic was the tackles that made the difference between the sides.

This may suggest that Ireland dominated with ball in hand, while New Zealand stopped tried to stop the flow of Irish attacks

You contrast this in the 2019 World Cup, which saw New Zealand make 145 tackles and 147 for Ireland.

Ireland's last victory over the All Blacks, an autumn international in 2018, saw Ireland make 188 tackles to New Zealand's 198.

The infamous win at Soldier Field in 2016 saw 135 tackles made by Ireland, and just 97 made by New Zealand. All three games show much different numbers.

The ability also to control the possession against the All Blacks was something unique for Andy Farrell's side.

If Johnny Sexton hadn't had a bit of an off day and Tadhg Furlong's try was given then it could have been more.

"we won it our way" and that "we dominated playing the way we play."

Eddie O' Sullivan claimed it as a benchmark" for Ireland, saying "the score didn't reflect our dominance."

Ireland's intensity never let up even when going 10-5 down at half time. There has been a history of teams falling apart when the All Blacks get into the groove, but Ireland never let that happen. 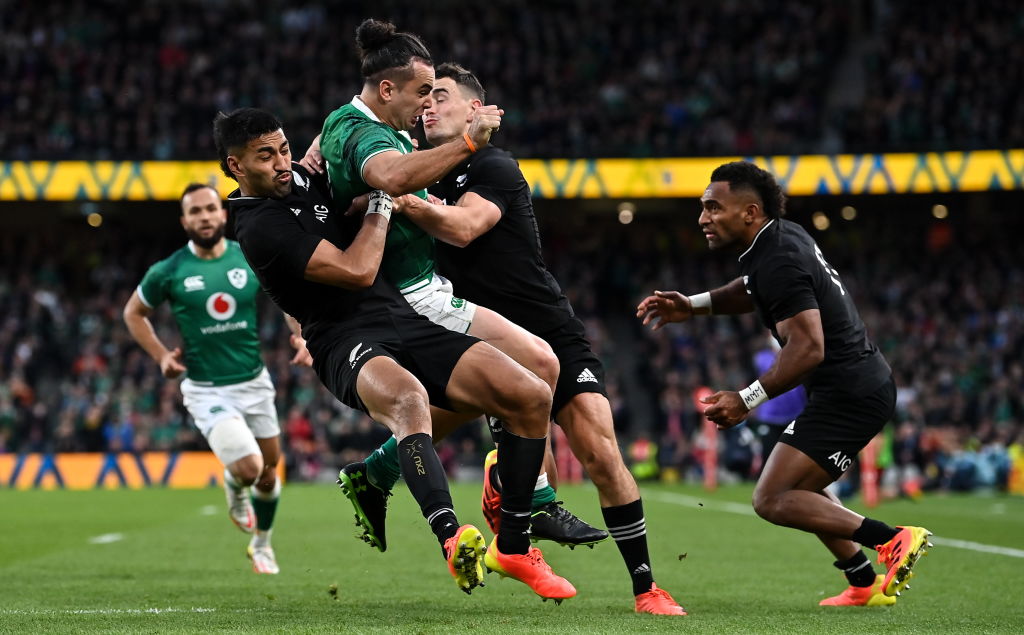