Bundee Aki back for Munster game this weekend

Galway , Ireland - 12 October 2021; Bundee Aki in action during a Connacht rugby squad training at The Sportsground in Galway. (Photo By Matt Browne/Sportsfile via Getty Images)

BUNDEE AKI will return to the Connacht side this weekend when they face Munster at Thomond Park. His return will be a welcome boost to the side after Connacht lost to the Dragons last week,

The Irish centre is back in training after being given more time off after touring with the British and Irish Lions this summer.

The partnership of Daly and Farrell has bore productive fruit for the province, but a shoulder injury for Farrell means that it is likely that Aki will return to the side when they make the trip to Limerick

"I think for him, obviously the physical confrontation he brings on both sides of the ball, as a defender and as a ball carrier, even the 1% efforts, cleaning a player out from the ruck and working back off the ground, he has this enormous intent and energy that comes with everything he does.

"As well as that being important in terms of making dents in the opposition, it lifts his team-mates around him and it lifts the entire changing room. 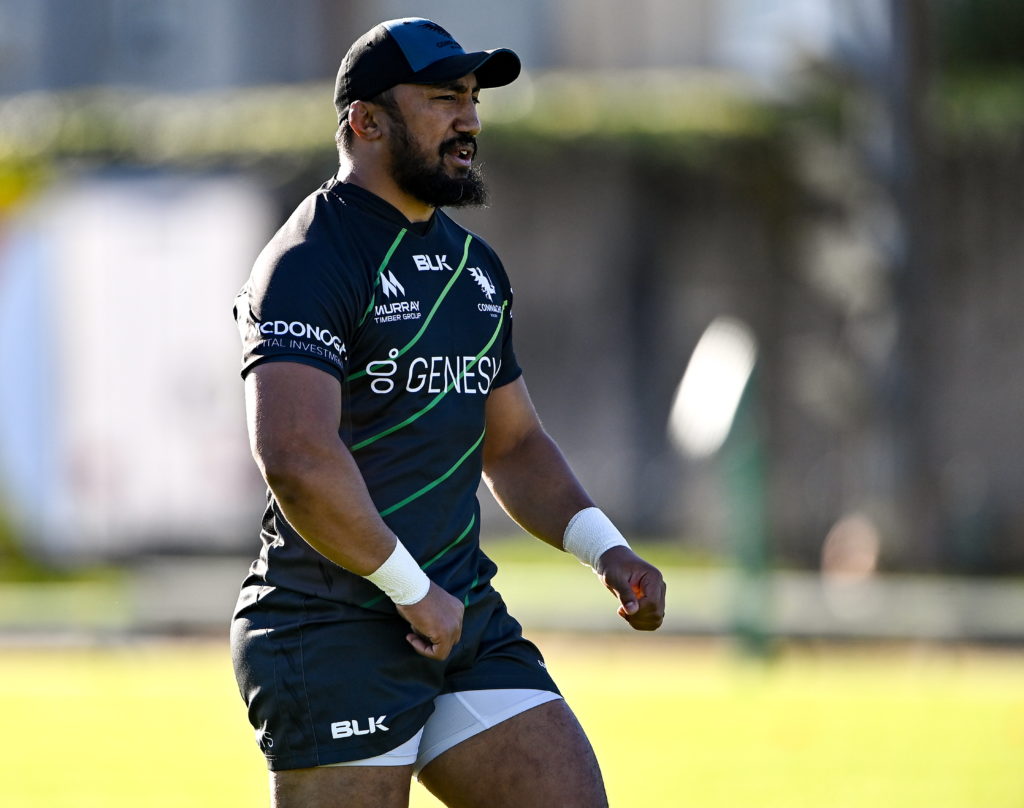 Aki featured in five games for Warren Gatland over the summer. He returned to the side for the third test, where South Africa won the series,

"But it's also really humbling for us to feel that he's very much flying the flag for everyone involved here that has been part of his development and part of his successes."

Aki became the first Connacht player to line out for the Lions since Ciaran Fitzgerald's inclusion on the 1983 tour of New Zealand, ending a 37 year wait.

Wilkins felt Aki's selection for Lions duty this summer was a proud moment for Connacht rugby.

"He's come back proud of what he's achieved, both from a personal level but also in terms of representing Connacht and representing the fact that he's done it on the back of his form for our province and for Ireland, and I think that's tremendously important to him.

"But it's also really humbling for us to feel that he's very much flying the flag for everyone involved here that has been part of his development and part of his successes.

"So that's a really nice aspect for him, he's got that personal achievement but also the group identity, and that's the tribal achievement, as it was, from our perspective.

"But he's come back very level-headed and he's got both feet on the ground. He's worked incredibly hard to get his body right after what was a really bruising campaign over there, and on the back of the season he had," Wilkins said.

#WATCH Rugby round-up: Bundee Aki is back available for selection for Connacht’s Interpro against Munster, meanwhile Connacht outhalf Jack Carty hasn’t given up on Ireland selection@PWalshVirginTV #VMNews has more: pic.twitter.com/YcztWdIvVe

Aki's return however will not deter a Munster team who want to keep their 100% start.

Johann van Graan's gave  number of their key players the weekend in the win against the Scarlets, Munster have given game time to 36 players in comparison to Connacht's 27.

"I don't think we fear going anywhere, since I've been here we've won there maybe three times and a lot of the games we won have been built on quite similar principles in terms of intensity and work-rate," Carty said.

"It's going to come down to one or two scores, it's about staying in the fight the full game and then those pivotal moments that we don't kind of switch off whether that's discipline or going away from what we do."