CARL FRAMPTON has targeted his first KO victory for three years as he steps up his war of words with challenger Luke Jackson.

The Belfast boxer puts his WBO featherweight crown on the line when he faces the Australian at Windsor Park on August 18.

Frampton has been riled by talk from the Jackson camp that he is overweight and finished as a boxer.

He defends a proud record of 25 wins out of 26 fights -with 14 of those victories coming via KO. But Frampton's last stoppage was against the USA’s Chris Avalos via TKO in Belfast, back in February 2015.

Now he is seeking to add Jackson to that record.

“I haven’t knocked anybody out in a long time, but Luke Jackson is a guy who is going to get knocked out,” said Frampton.

“He has annoyed me a little bit, but not enough to take my mind off the game and be overly aggressive.

“He has annoyed me enough to wanna flatten him and put him out cold - properly.” 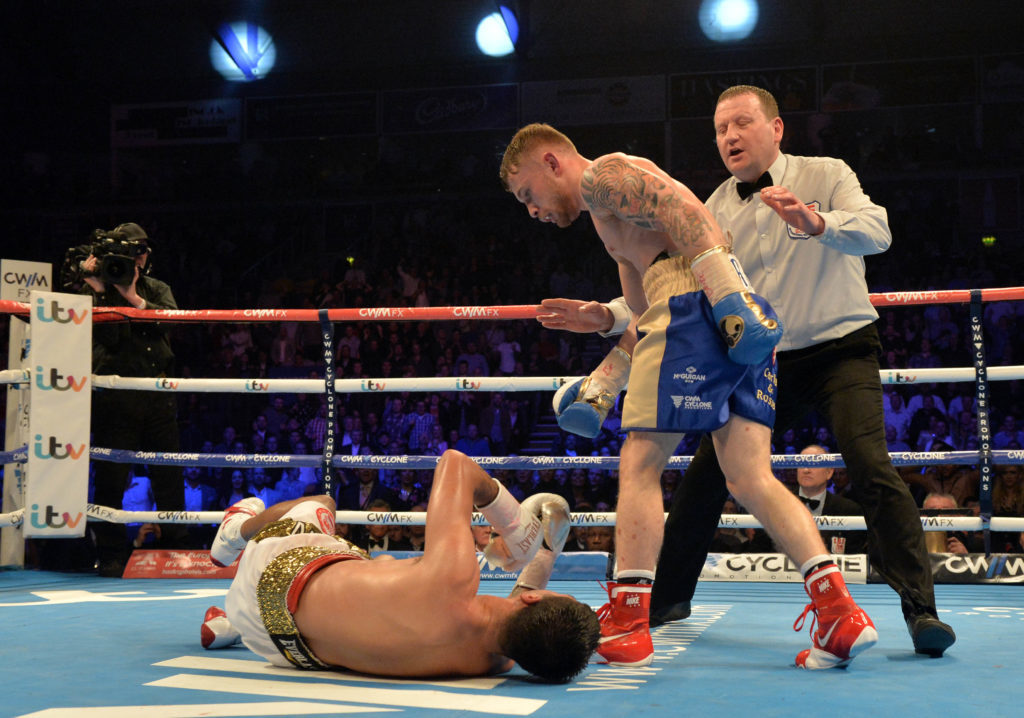 Jackson also made light of Frampton’s amateur record and believes his stint as team captain of the Australian team at the London Olympics gives him the edge there too.

But Frampton was quick to rubbish such comparisons.

“He keeps talking about his amateur career. Who give a f**k what he did as an amateur? He isn’t Vasyl Lomachenko.

“Let’s not forget he is based in Australia.

"If Australia sent a ten man team to box an international against Ireland they would get beat 10-0, and that’s a fact.
“His amateur career wasn’t even that good when you look at it.

“The reason Australia can send almost a full team to the Olympics is because they box Fiji, Samoa and Tonga.

“It is a lot easier qualifying process compared to what Ireland and GB have to go through for the Olympics.”