CELTIC moved six points clear at the top the Scottish Premiership after a pulsating 2-1 win over Rangers at Ibrox.

The visitors fell behind early on as Aaron Ramsey turned in Ryan Kent's cross after just three minutes as Rangers started brightly.

However, the lead was short-lived as Tom Rogic equalised four minutes later, pouncing on the loose ball after Allan McGregor had stopped Reo Hatate's effort from the edge of the box. 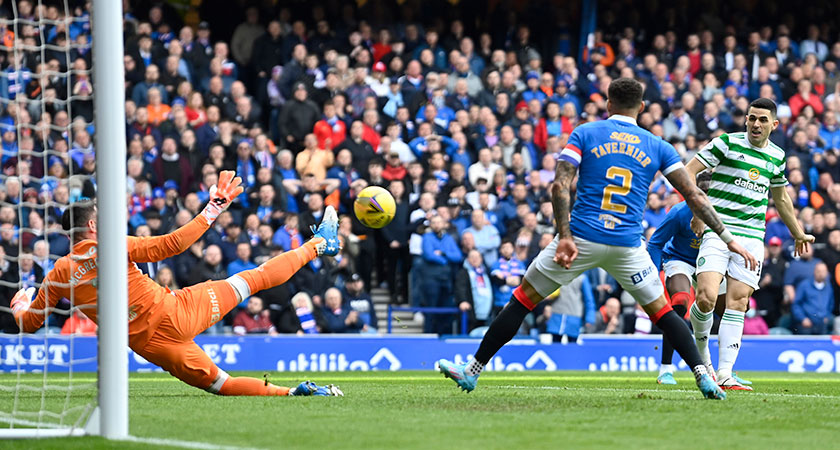 Celtic then took the lead after United States international Cameron Carter-Vickers fired home with the ball bouncing around the box following Jota’s lofted free kick into the area.

Rangers upped the pressure in the second half but Celtic could have made sure of the points on 81 minutes only for a stretching McGregor to tip over a Liel Abada effort.

That ensured a nervy finish for Celtic, who saw substitutes Nir Bitton and Anthony Ralston pick up late yellow cards as they battled to retain the lead.

🎙️"How about that for a rapid response from Celtic! An extraordinary start to this game!"

Here's how @CelticFC got back on level terms at Ibrox through Tom Rogic! Watch Rangers vs Celtic live on @SkyFootball📺 pic.twitter.com/AOv2P2RW0b

However, the visitors held on to seal back-to-back wins over Rangers for the first time since September 2018.

It also extends Celtic's unbeaten run in the league to 26 games.

Despite the win, Celtic manager Ange Postecoglou remained pragmatic, saying it was just another three points.

While the manager wasn't getting carried away, it was a significant result for Celtic as it ensures a first win at Ibrox since September 2019, having lost on their last four visits.

The result also puts Celtic in control in the title race and underlines the huge progress made under Postecoglou.

The Australian took charge last summer with the club in a state of flux and facing a huge rebuilding job. 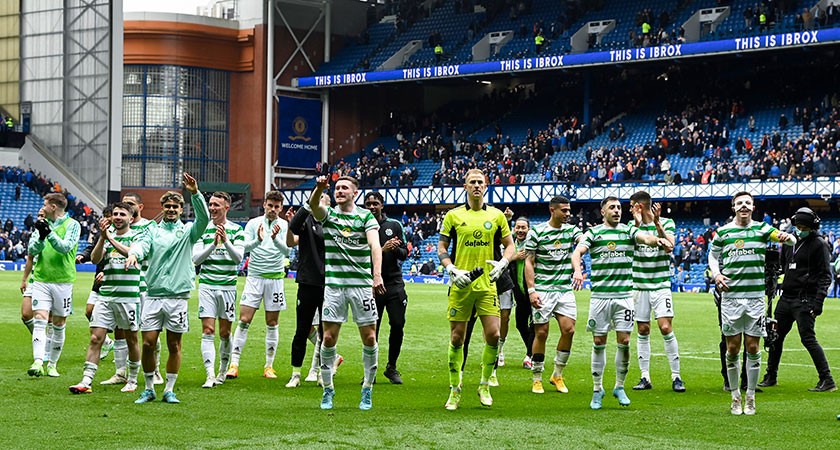 Celtic had seen their ten-in-a-row dreams dashed as they finished a miserable 25 points behind Steven Gerrard's Rangers in the league and finished trophyless for the first time in 11 years.

With Celtic also in the semi-final of the Scottish Cup, where they will meet Rangers at Hampden Park in two weeks’ time, fans will be hoping the club can add to the League Cup success in December.

'Real steel to this team'

Commenting on today's performance and the progress of the side this season, Postecoglou revealed his pride at the players' efforts.

"I'm just really proud of the players, it's a difficult place to come to and they [Rangers] got off to a great start," he told Sky Sports.

"In those kinds of conditions everything's in their favour and it's going to take a massive effort from us to turn it around but I thought the boys were brilliant. 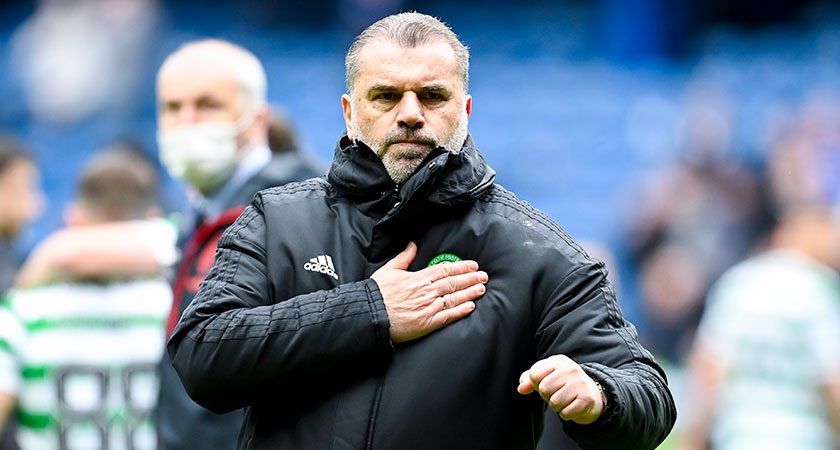 "They've had character from day one and that's what I keep saying, the one thing people have overlooked is there's real steel to this team, there's a resilience.

"We've had to be [resilient]; we lost three games of the first six, we were still putting the team together and the league had already started, but no excuses — we wanted to keep pushing on and we had to show that today.

"Rangers were at it, they put us under pressure, the crowd was behind them but I'm super proud of their efforts."

🎙️"A frantic start to the half & now a frantic end to the half!"@CelticFC go in 2-1 up at the break thanks to this from Cameron Carter-Vickers! Watch half-time analysis & the second-half live on @SkyFootball 📺 pic.twitter.com/VIuJS8yP84

However, despite the win opening up a six-point gap between Celtic and their city rivals, the Australian refused to be drawn on the significance of the result.

"It's three points and there's another three points we've got to get next week [against St Johnstone]," he said.

"We'll just keep accumulating until it means something."

"All season we've shown that character to keep going no matter what the score is at the time and no matter what happened in the game before, we just keep pushing and that's what we done today," he told Sky Sports.

"Sometimes it's difficult, you come to a big stadium like this, the fans are all screaming for them, sometimes it takes a little time to adjust and get used to the game. 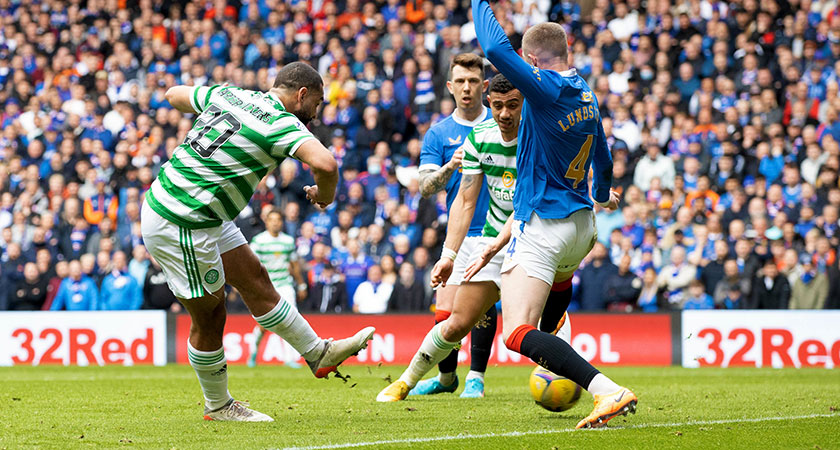 Carter-Vickers tucks away the decisive goal to make it 2-1 (Image: Craig Williamson/SNS Group via Getty Images)

"It was disappointing to concede in the first five minutes but after that we played well."

The defender, who took his tally for the season to four, also admitted there was an element of luck behind his well-taken strike.

"It was a bit lucky, if you watch it back it ricocheted off two or three people then fell to me," he said.

"I just shot and luckily it went in but obviously it's a massive goal for our season and we keep on going."