Dublin , Ireland - 12 October 2021; The Republic of Ireland team, back row, from left, Caoimhin Kelleher, Conor Hourihane, Shane Duffy, Matt Doherty, Andrew Omobamidele and John Egan with, front, from left, Jamie McGrath, Callum Robinson, Chiedozie Ogbene, Enda Stevens and Jeff Hendrick, wearing the Republic of Ireland jersey in 'St Patrick's Blue', which is being worn to celebrate the 100th anniversary of the Football Association of Ireland, before the international friendly match between Republic of Ireland and Qatar at Aviva Stadium in Dublin. (Photo By Stephen McCarthy/Sportsfile via Getty Images)

REPUBLIC OF Ireland midfielder Conor Hourihane says that Callum Robinson is Ireland's answer to the country's goal-scoring problems that have plagued the team since Robbie Keane's departure from the national side. The forward scored a hatrick in the 4-0 win over Qatar last night to take his tally to five goals in two games.

Speaking to the Independent, Hourihane also believes that Ireland's new crop of youngsters like Andrew Omobamidele, Troy Parrot, Gavan Bazunu, and Jamie McGrath have given Ireland a "springboard to challenge the Portuguese and Luxembourg in Ireland's final two qualifiers.

Robinson is the first Irish player to hit a hattrick for the country since Robbie Keane scored his against Gibraltar. Hourihane sees the West Brom man as someone who can only get better.

"It's a big boost for the squad. The one thing since I came into the squad was the lack of goals," said Hourihane of Robinson, who had scored just once in his first 20 games and has now found the net five times in a week. 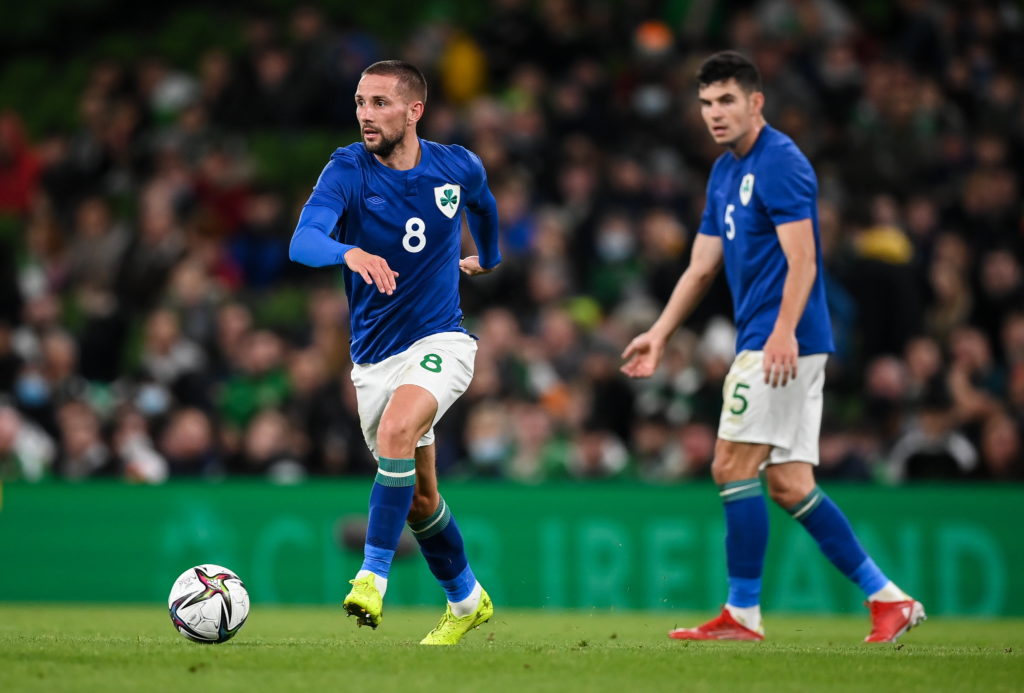 "Shane Duffy gets his head to a few, but Callum has had a fantastic week and hopefully he can be that player for us.

"There is a lot of hard work still to do, we are only meeting up again in 3 weeks time, we have tough games to come at home to Portugal and away to Luxembourg, but it's a great springboard.

"It has been a fantastic week, we have taken big steps forward. We've not had the results we wanted but the performances have been getting better, we are playing in a certain way, we have to keep building.

"You believe you are close, we had a penalty tonight, we haven't had a penalty in I don't know how long, a bit of luck seems to be going for us."

Hourihane also said it's now a battle for some to get back into the squad.

"Andrew Omobamidele has been hugely impressive, Gavin Bazunu, Caoimhin Kelleher, Jamie McGrath. They can play the way the manager wants to play, they are comfortable on the ball, they are like sponges, taking on messages, they have taken their opportunity.

"Over the time I have been here we have struggled for players to come through, it was the same old faces, but we now have the impetus of fresh, young players who can play the way the manager wants to play.

"It's brilliant, fantastic, the players who came in tonight and did well, we have people not in the squad, people at home like Alan Browne, the more numbers the better, the stronger the squad is for everyone, you are always on your toes, there is no complacency as there is always someone breathing down your neck."