COUNTY COLOURS: The changing face of Gaelic football and its importance to Irish life

WITH the Allianz football league recently underway and the championship around the corner, I’ve decided to put pen to paper with some observations I’ve had for some time about the changing aspects of Gaelic football.

Today, the GAA is the largest amateur sports association in Ireland with more than 3,000 clubs, most of which cater for several teams in various competitions.

The visionaries who set up the GAA deserve special praise for beginning the process and maintaining it through turbulent times of political hardship and upheaval in Ireland.

Gaelic football is by far the most popular of all Irish sports today and is played in virtually every town and village throughout the country.

The rules remained in place until fairly recently, when the game has undergone profound changes.

It’s now faster, more fluid and the emphasis has switched from high fielding and long kicking, to speed, fitness and hand passing.

The area around the centre of the field once dominated by Des Foley of Dublin and Mick O’Connell of Kerry has degenerated into a morass of pushing and spoiling tactics at every opportunity. 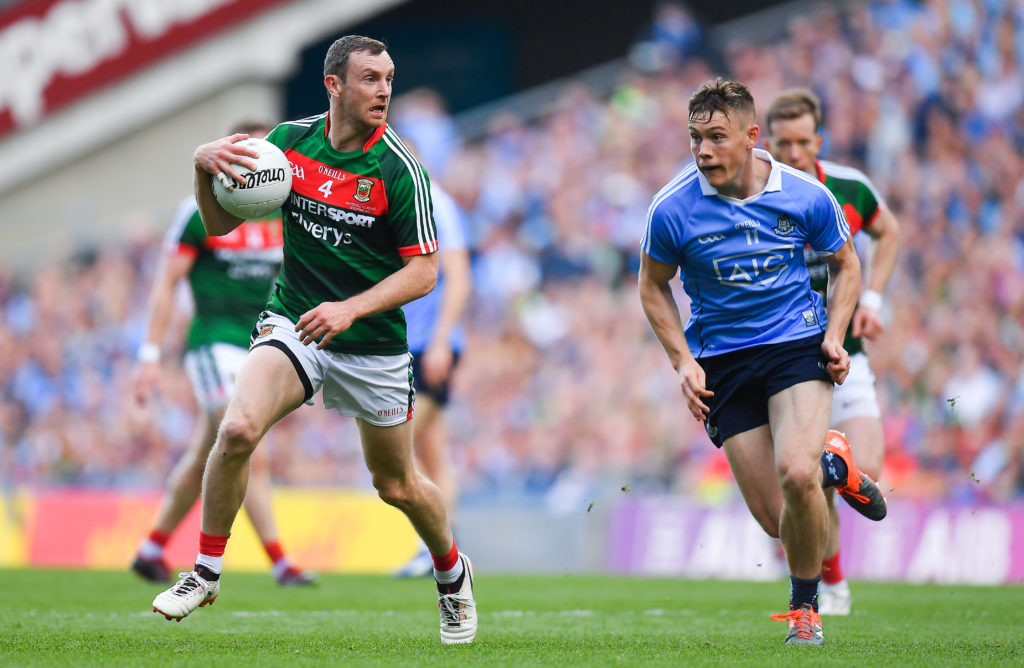 The game I once loved has been reduced to throw ball, no doubt influenced by Australian Rules football. It’s a form of basketball now with the emphasis on blanket defences, win at any cost and the destruction of skill and self – expression.

The GAA authorities must take their fair share of the blame for tinkering with the rules and their lack of courage in tackling the ugly elements creeping into the game.

Oh, for the thrill of the high catch, the satisfaction of seeing the rain cascading from the back of the net from a rocket of a shot as the umpire signalled a goal.

There was little change in the rules over the years, in fact, the only time of a major change occurred was in 1953, when Congress voted to limit the number of substitutes allowed in a game to three.

It was the custom at the time for players to feign injury and then generally hobble off after being attended to.

I accept it’s easy, with hindsight, to glance back on older times when the summers were longer and Gaelic footballers were cult figures.

Of course, the GAA operates mainly in Ireland but in recognition of the huge numbers of Irish diaspora across the world, it supports the establishment of member organisations in other countries.

As an immigrant myself in Britain, especially in the early days, the organisation helped nourish and foster friendships making a valuable contribution to their local communities.

For Irish people abroad, the benefits of keeping Irish culture alive outside of Ireland are foremost in their minds.

The sense of identity which is fostered by taking part in Gaelic games, be it football or hurling, connects us to our roots and is both empowering and self- affirming.

People who have never settled in a foreign country will not understand the initial loneliness and isolation, but the GAA can provide a network of support through shared experiences. I clearly remember my first time in Oxford, being asked by someone, did I play Gaelic football? I immediately felt at home.

I love all sports but Gaelic games take pride of place. It would be remiss of me not to point the finger at how the game is going.

I feel the present day, over – indulgence in hand passing is ruining the game as a spectacle.

Some people point the finger at Down’s supremacy of the early sixties when they decided the old style ‘catch and kick’, developed so brilliantly by Kerry over the years, would not suit their style.

Consequently, they played fast, free flowing football with the emphasis on hand passing and piling up the scores.

Galway in the sixties continued along similar lines. Within a span of eight years Down and Galway had won six All Ireland finals. 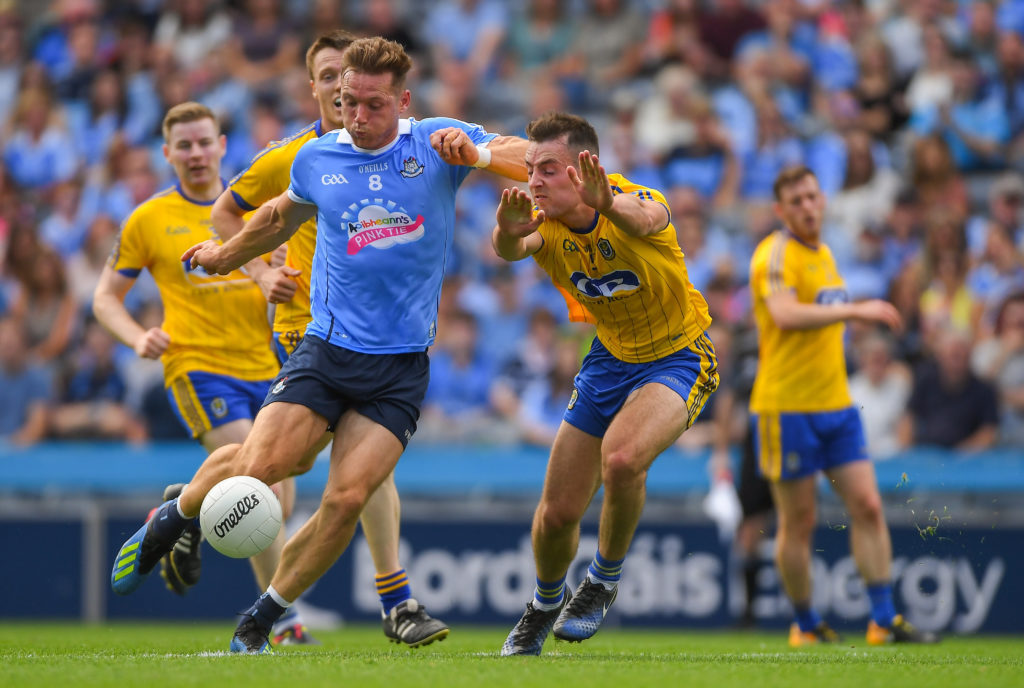 Gaelic football is played across the world

Changing the traditional bedrock of ‘catch and kick’ football to the modern version is the legacy that most northern teams have bequeathed to the GAA in more recent years, for better or worse.

When the final chapter on Gaelic football is written and cognisance is taken of the important role of the games in Irish life, the removal of the ban on British forces in Northern Ireland and the playing of soccer and rugby at Croke Park will be recognised as the events that changed the face of Gaelic games forever.

This process was long overdue and helped cement better relationships with our fellow brethren in Northern Ireland.

I suppose the founding fathers in 1884 would never have imagined that Croke Park would become a sporting icon in its country’s history, would be one of the top stadiums in Europe, would hold over 80,000 people and would open its gates to international soccer, rugby and huge music concerts.

Innovation, such as the qualifier system, has worked reasonably well since its inception. It has given the public more games and of course it has generated more revenue for the GAA coffers.

The real bite has gone from the provincial finals, however, apart from the tribal aspect.

The provincial system is now devalued and the back door does more for the stronger teams bouncing back on their second chance. The will to win is good, but not at any price.

A strong case can be made for continuing to run the games for amateur players; it has been that way from the start and has been the main reason why the GAA has developed into the most powerful sports body in the country.

The huge input from volunteers is another major contribution to the success of the organisation.

If you look back to fifty years ago, the number of Irish people earning a living through sport was minimal in comparison to where it is today.

Only soccer players and golfers were the official benefactors.

Nowadays some GAA inter-county managers can earn as much as their regular employment. (Nice work if you get it!)

All I would say is that the payment to managers will continue and those journeymen will be well compensated for looking after their teams.

I’m aware of a number of managers who swore they would never manage a county team outside their own, yet within a very short period of time they were in charge of a team a hundred miles away.

Don’t tell me it was for the love of the game. 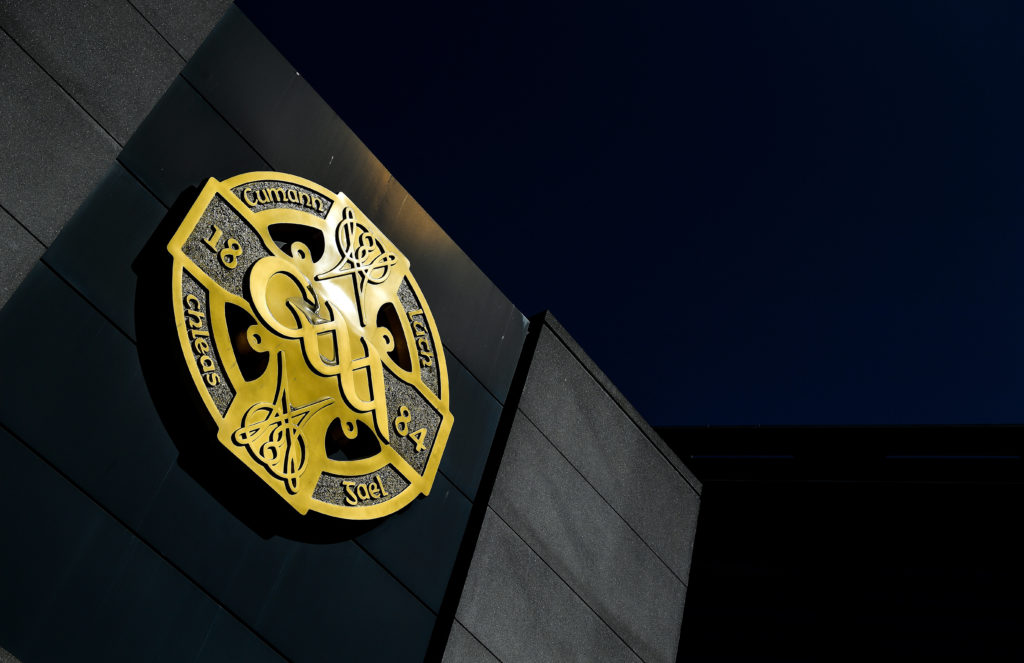 Croke Park Stadium, the home of GAA in Ireland

There has been, and certainly continues to be, rumblings of discontent among the grass roots as to where all the money goes.

On a recent visit to the Croke Park Museum, my attention was drawn to a fine line-up of top-of- the- range new cars parked in the staff car park, no doubt perks of the job for staff looking after an amateur organisation.

I am a firm believer that more transparency and accountability is needed to ensure the ordinary club member is aware of who gets what.

The scale of losses to the GAA over the last couple of years due to Covid has made for eye catching headlines.

Their bank balance is a little leaner but the money is still there.

Another challenge facing the GAA today is due to television coverage.

Amateur sports men and woman are expected to perform to professional standards.

It must also recognise that now, more than ever before, it is in competition with professional sports and that puts greater demand and greater pressures on players at all levels.

Like all organisations, the GAA has its quota of faults and weaknesses, but its positive contribution to Ireland and its countrymen and woman has been immense since its foundation in 1884.

The issue of violence on the pitch was always a problem, it’s just that television magnifies and analyses every little thing today and nothing escapes notice.

The authorities must put its house in order in supporting referees who are subjected on many occasions to a shocking litany of abuse from players and spectators.

They need to hand down harsh penalties to the guilty parties.

In my own humble opinion, the early years, when physique rather than physical fitness was the prerequisite of a footballer, was more enjoyable for everyone.

The contrast now could hardly be greater.

In its place is football based on hand passing at every opportunity and it’s very difficult for referees, due to the speed of the game, to ascertain if it’s a throw ball or not.

The taking of frees from the ground should be restored as my granny would kick them over from the hand.

Don’t get me wrong, I admire the skill and fitness levels of the players today. 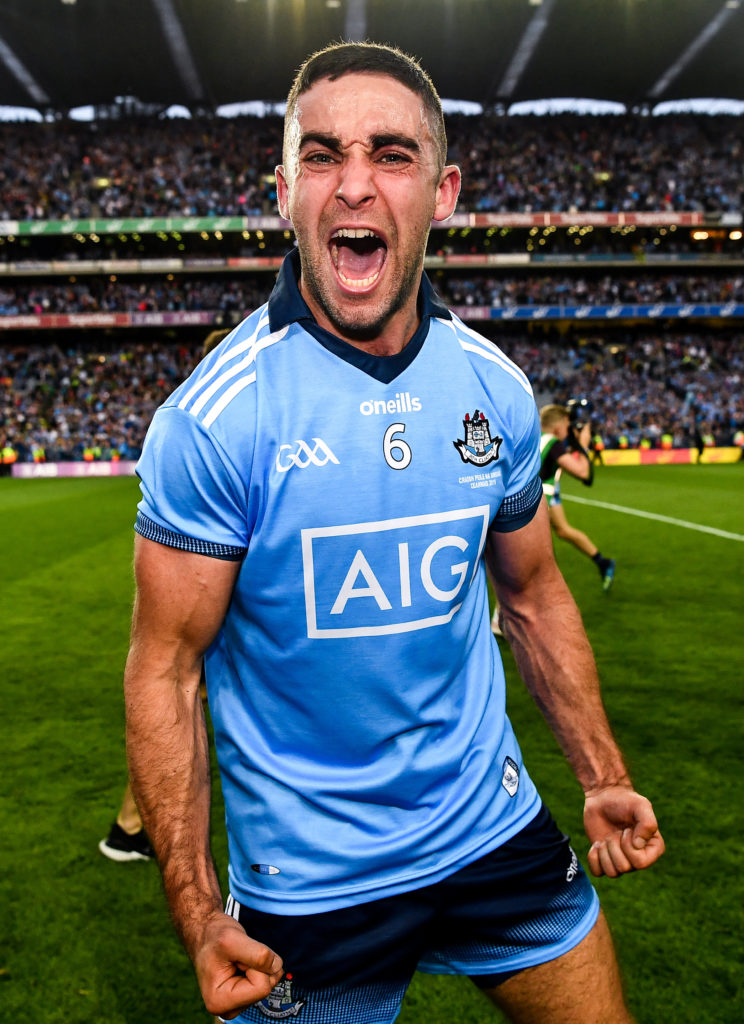 Today’s game is all about sponsorship, advertising, and the sale of television rights to the highest bidder, but fair play to RTE and TG4 for their unwavering support against the likes of Sky TV, and other outlets.

I would like to see the game time extended to eighty minutes for all inter-county games, a move I feel would greatly enhance the enjoyment for players and supporters alike.

Also, I would like to see the open hand pass abolished, as it’s not clearly defined, and a return to the fisted pass.

Gaelic games are full of passion, and remain a peculiarly family affair, as I have noticed from the coterie of mothers, fathers, sons, daughters and grandchildren, dressed in their county colours, singing and laughing their way to the match, mingling with the opposition with great humour and wit.

Long may it last.