Ireland eased to victory over Italy at the Aviva (Image: Harry Murphy/Sportsfile via Getty Images)

IRELAND scored nine tries, including a brace from debutant Michael Lowry, in a 57-6 win over Italy to bolster their Six Nations points difference.

However, the Ulster star had to share the headlines with the rugby rulebook after a bizarre afternoon at the Aviva.

The hosts were always favourites going into the game against a side on a run of 34 consecutive Six Nations defeats.

However, with 20 minutes played and the score at 7-3 to Ireland, the contest was effectively ended when the visitors were reduced to 13 men.

Italy's starting hooker Gianmarco Lucchesi was replaced by Hame Faiva after just eight minutes, only for the replacement to be shown a red card for a hit on Dan Sheehan 10 minutes later.

With no other replacement hooker in the Azzurri squad, the decision was made to have the scrums uncontested. 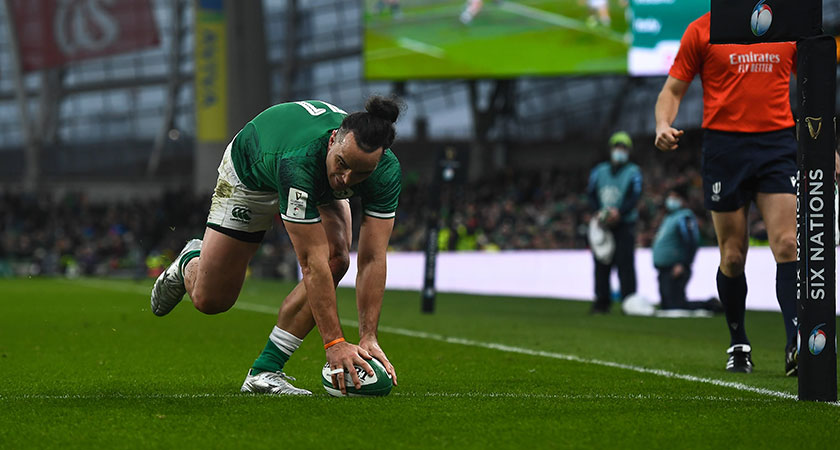 Sadly, for the Italians, World Rugby rules state the team causing the uncontested scrums must replace a back with a front row player and also nominate an additional player to leave the field.

As such, Ivan Nemer replaced debutant Pierre Bruno, while Toa Halafihi was the player sacrificed.

Quizzed on the situation after the game, Ireland head coach Andy Farrell paid tribute to the 'brave' Italians.

"I thought Italy were incredibly brave, I thought they started the game really well and it was really hard to play with them with 15 men," he told ITV Rugby.

“Having said that, when they went down to 13 for most of the game I thought they were so brave, getting off the line, really tough, hard at the break down, and gave us lots to ponder on.” 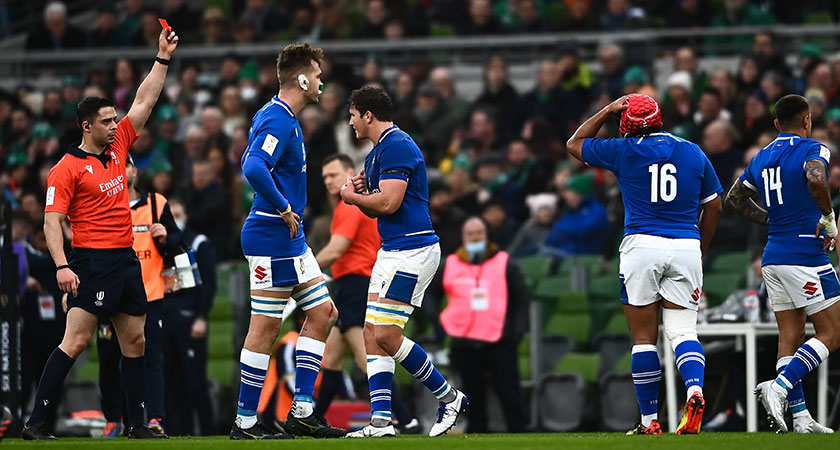 Addressing the rule that saw the Azzurri reduced to 13 men, Farrell said he understood the reasons but that "it's not nice to see".

"It's not nice to see for the game but I understand why.

"There was a game many moons ago that went for 100 minutes and there's all sorts of different permutations that went on around that and I suppose now, when you get a game like that and the team goes down to 12 men [after Braam Steyn's late sinbinning], we'll have a look at it property."

Predictably, it was all one-way traffic after the double blow for the Azzurri, which was a shame after they had threatened to make a game of it having frustrating Ireland in the opening exchanges.

Despite trailing through a Joey Carbery try and conversion, the visitors got back into the game after 15 minutes through an Edoardo Padovani penalty, the fourth penalty Ireland had conceded.

Paolo Garbisi hit another just before the break but it was small comfort as Jamison Gibson-Park, Lowry and Peter O'Mahony had gone over in the meantime to make it 24-6 at the interval. 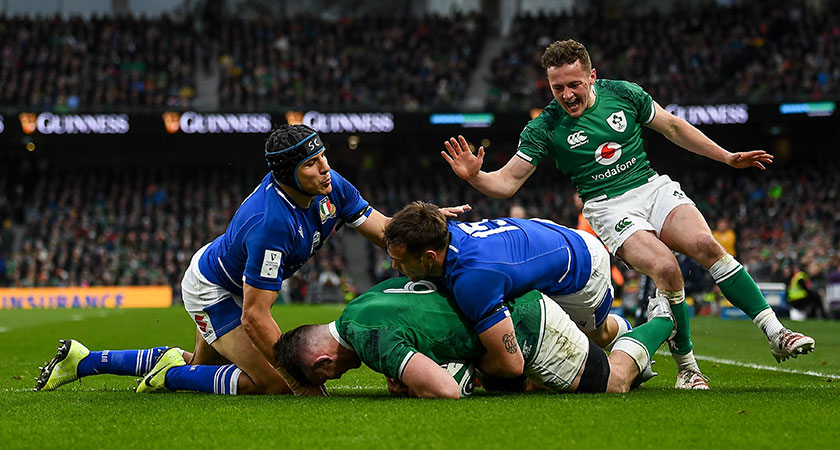 Italy defended gamely after the break and could have closed the gap only for Garbisi to hit his penalty wide, but the dam was irrevocably breached after 52 minutes.

James Lowe, Lowry and Ryan Baird all went over before Italy were reduced to 12 after Braam Steyn deliberately batted the ball into touch.

With a three-man advantage for the final four minutes, Lowe added his second before Kieran Treadwell scored.

Debutant Lowry could have had a hat-trick in the second half but unselfishly set Lowe off to the corner for his second of the game.

Asked about the highlights of his debut, Lowry said he had fulfilled a childhood dream.

"I suppose just lining out for the anthems, it's everyone's childhood dream and to actually do that today was something I'll never forget," he told ITV Rugby. 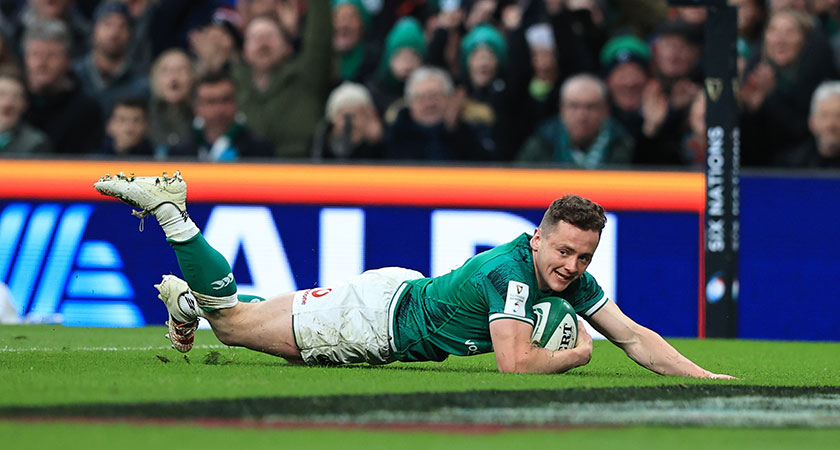 He added: "It's about taking our opportunities when they come.

"I've worked hard for this and the likes of Rory [Best], they've all supported me right through the age grade systems and sent me all the best today.

"Hopefully I'll step on from this now and get a few more caps."