THE final round of games in the Warwickshire Senior Football League took place last Sunday with Sean McDermotts rounding off their unbeaten campaign with a two-point victory over St Brendans.

With John Mitchels firing five goals past Erin go Bragh in a 5-14 to 0-07 victory on the upper pitch it means that Mitchels qualify automatically for the Senior Football Championship semi finals alongside McDermotts while Brendans will face EGB next Sunday in what is set to be the first of two games broadcast live online from Páirc na hÉireann by Warwickshire GAA, with Naomh Padraig taking on Roger Casements in the second quarter-final of the afternoon.

The county is introducing the streaming service which will be available from the county website (warwickshire.gaa.ie) where supporters can purchase games to watch at home.

Not only is this aimed at club supporters who cannot get out to Páirc na hÉireann in person due to Covid-19, it opens up the viewing of games for the family and friends of players in Ireland and indeed anywhere around the world.

All three weekends of the County Championship will be broadcast - culminating in the Senior Football Championship Final on Sunday, November 1. 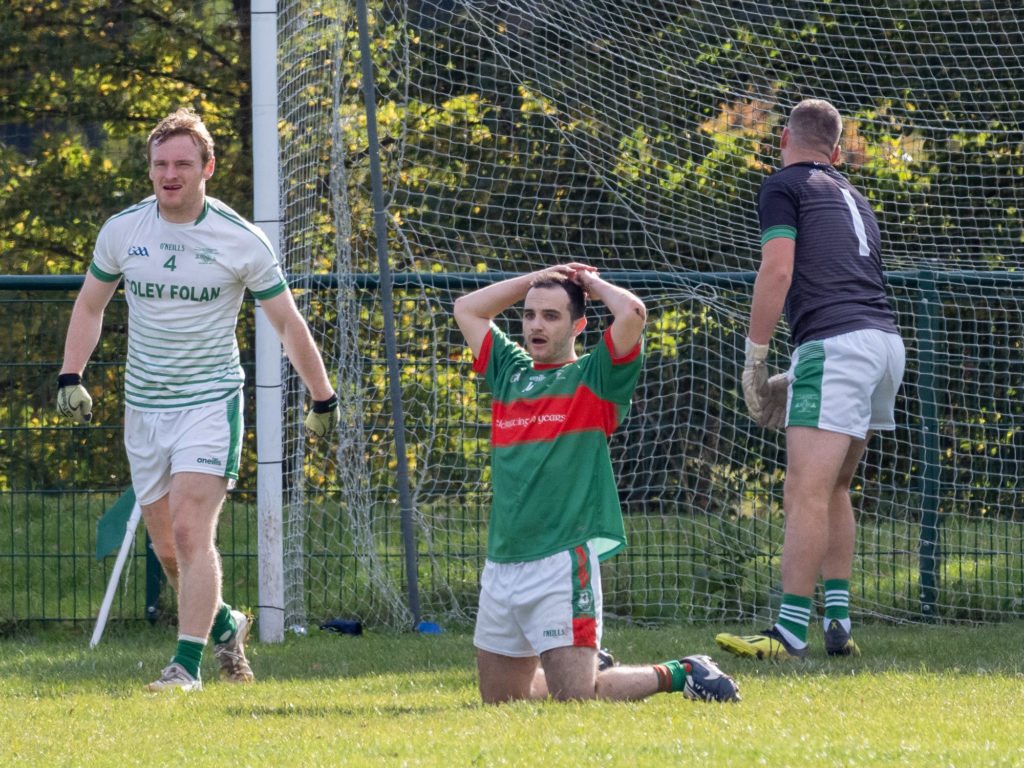 Close but no goal for St Brendan's (Pic: Chris Egan)

A sizeable crowd at Páirc na hÉireann came out last Sunday to watch a keenly fought contest between the defending Warwickshire Championship holders and an up and coming Brendans team buoyed by their victory over John Mitchels the previous week.

They were given a further lift at the start of this match when midfielder Liam Doyle launched the first score of the match before Joel Powney equalised with a free for McDermotts.

This remained a competitive game throughout with the teams trading scores although Conal Dowling almost found the back of the net with a close range drive which narrowly sailed over Liam Doyle’s crossbar.

McDermotts went two in front with a point from Michael Hayden, but Brendans rallied commendably to bring themselves level through points from Oisin Coffey and Declan Hayden.

Another Powney free was cancelled out by a score from Kieran Westwood while moments before half-time Brendans hit the back of the net through Frank Cullen only for the full-forward to be pulled back for picking the ball off the ground.

The early stages of the second-half looked to be going the way of McDermotts when they hit the front once more through Chris Hayden but Brendans found an extra gear to forge a two-point lead. 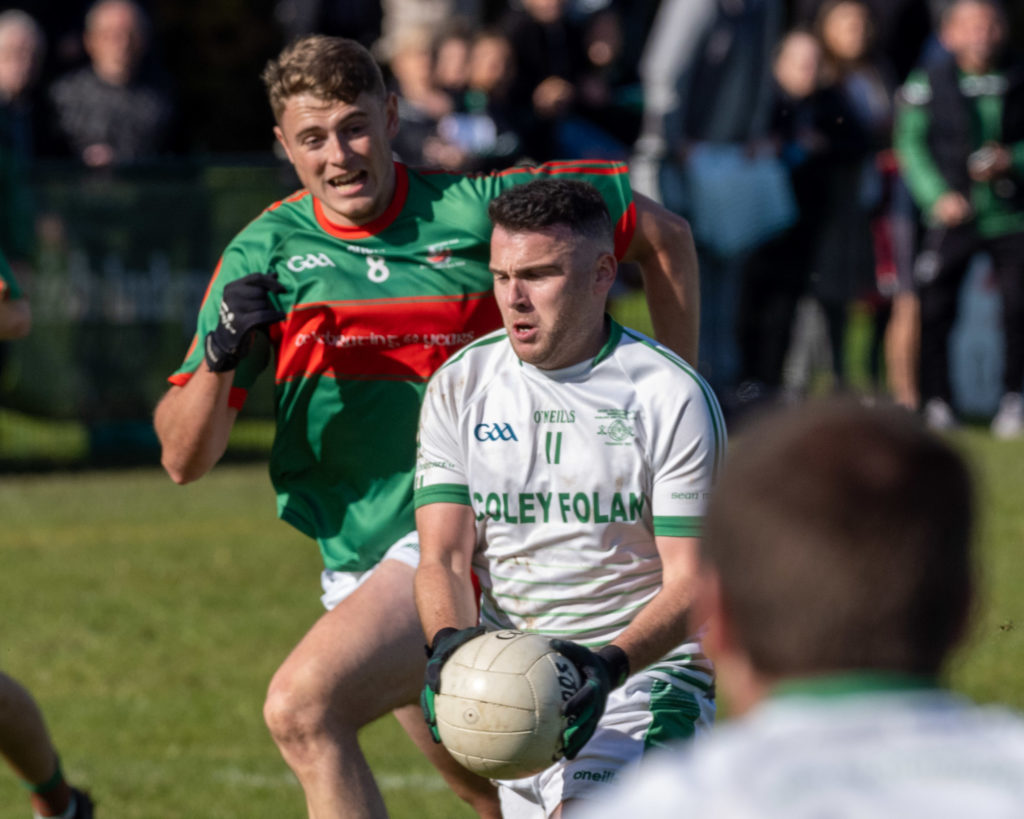 This game was now perfectly poised going into the closing stages yet an errant pass in the Brendans defence released Declan Staunton on goal where he was brought down by goalkeeper Doyle; up stepped full-forward Dowling to drill the ball into the back of the net from the penalty spot and restore McDermotts’ lead.

The experience of McDermotts showed in those closing stages as they made the better of the chances created at either end, Chris Hayden forcing over two more points from play which could only be countered by a Declan Hayden free at the other end.

Ultimately it was that experience that saw them over the line to seal another league title for the club but it will be interesting to see if this rivalry pops up again down the championship road – Erin go Bragh will have something to say about that first however as they take on Brendans under the cameras this coming Sunday afternoon.