Depression in GAA: Why the GPA's role in Gaelic Games is greater than ever

BEFORE he received his 2015 All-Star, Waterford hurler Maurice Shanahan did an interview on Radio 1’s Drivetime programme.

He was expected to focus on his and Waterford’s fantastic year, but Shanahan used the forum to air just how special the season was for him, how difficult the personal struggle was in arriving at that point.

“Last year was a bad year for me, but thankfully I am here today to tell that tale,” he said. “I was suffering from depression, big time. It got on top of me and I couldn’t take any more of it. I suffered for around two months before the help was given to me because my life was nearly taken.”

Shanahan is 25 now. Sixty per cent of GAA inter-county players are under 25, the demographic most at risk to suicide and depression.

Members of the Gaelic Players Association [GPA] are particularly vulnerable. When the GPA published a report earlier this year, it focussed specifically on massive challenges faced by players between the ages of 18 and 21.

The GPA operates an urgent confidential counselling support line for players which is available 24/7, 365 days a year. In 2013, the service saw an increase in referrals of over 200 per cent from 2012.

In 2014, it supported 117 players with a variety of issues ranging from simple stress-related problems to serious addiction and depression.

Despite the perception, GAA players are regularly affected by those issues. Ever since he publicly faced his demons and came clean about the gambling addiction which nearly wrecked him, Oisin McConville’s life has been heavily centred on trying to make a difference to others.

He works as a counsellor but his huge profile and life experiences have made him a constant sounding board for GAA players in trouble.

McConville can relate to those suffering from every kind of addiction because he faced every demon. After sinking into an abyss of drinking, depression and debt, McConville sees the same pain and torment he once visited on himself. 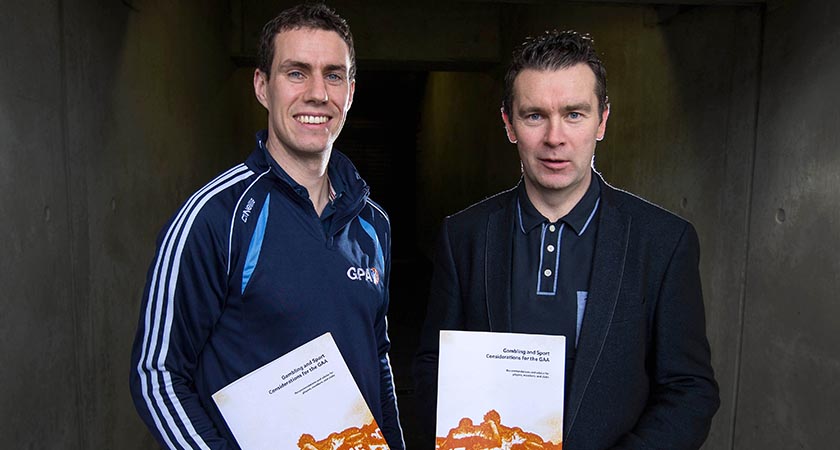 Offaly footballer Niall McNamee and Oisin McConville at the Launch of GAA/GPA Gambling Guidelines last year [Picture: Inpho]
Last year, he estimated he received 100 calls, from inter-county and club players, or somebody calling McConville on their behalf. Each one was seeking the same thing – help.

“People call about addiction, depression, mental health issues,” said McConville. “Everyone sees inter-county GAA players as almost bulletproof but a lot of them are under serious pressure.

“They think this is the be-all and end-all. I know because I’ve been there and I know exactly how they think. Their focus is on getting themselves up to the highest level on everything; fitness, conditioning, skills. Yet the one thing constantly strained is mental health.”

McConville recalled how he once spoke to Niall Quinn about the collateral damage platoons of young soccer players bring back from England after failed career attempts.

“It’s akin to what a lot of inter-county players experience here,” said McConville. “Some guys can’t handle being dropped. Others get a bad injury and are out for three months. Families don’t have the same resources anymore so lads are sinking in to depression. You’d be surprised at the amount of GAA players with gambling problems.”

When Cusack went public, he wrote how so much of his identity was tied up with hurling and it became “an unhealthy relationship.” Cusack needed hurling for his self-esteem. If he didn’t play well, he felt a less worthy person. 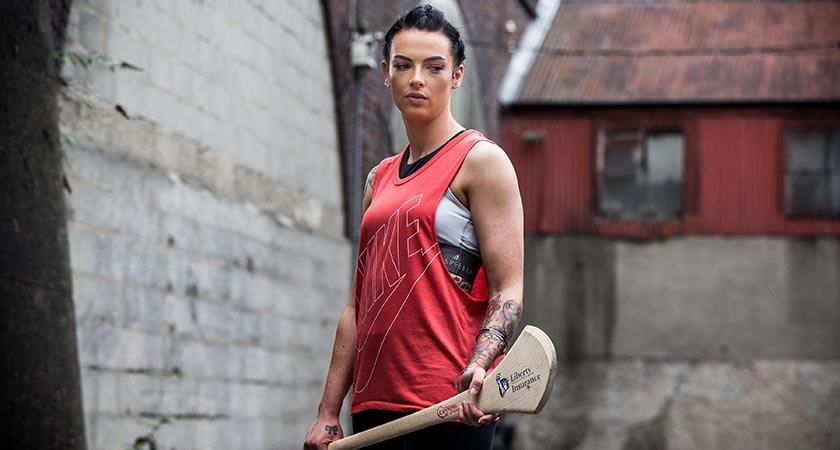 He is not the only one thinking that way. Sport was always meant to have been the antidote to stress and pressure, but in modern society it creates its own pressure for many people.

Sport should merely enhance their lives, not define it. Players need to find other ways to define themselves.

Young players are growing up now in a culture of mass and social media and unrealistic expectations. And increasing awareness on mental health has never been more important to try and arm our next generation with the skills to cope.

Help is there now. Last year, the GAA announced a partnership with the Samaritans, aimed at making 24-hour, 365-day emotional support structures available to every community in Ireland.

The GAA’s Coaching and Games department have also been actively working with Foróige, Ireland’s leading Youth organisation, on their leadership development programme.

The ‘Dermot Earley Youth Leadership Initiative’ is aimed at enabling 15-18 year olds from GAA clubs in Galway, Roscommon and Kildare to achieve their full potential.

That followed on from the ‘Healthy Clubs Project’, established in 18 diverse clubs around the country to explore how to maximise the GAA’s capacity to deliver health in its broadest concept.

The HSE and the National Office for Suicide prevention are the two official partners but the GAA have also drawn in the Irish Sports Council and the Northern Ireland Public Health Agency.

The recent revelations of GAA players, and the journeys travelled in overcoming their torment, have been massively important contributions to the national conversation on mental health and the blight of depression and suicide.

Yet this time of the year – especially November – vigilance is needed more than ever.

Most inter-county squads are getting back, or are already back, together. Some players will have been dropped. Others who are out with long-term injuries may be suffering as much mentally as physically. Other players out of work may be struggling to fill the time on long, dark days.

At least now, all GAA players know something can be done. When Waterford hurler Wayne Hutchinson went public about his battle with depression in April 2014, he wrote: “I must talk. I know I need help. This is a path I can’t walk alone.”

Help is out there, not just for GAA players, for everyone. This is a path no-one needs to walk alone.