Dublin v Mayo: The only certainty about this replay is the uncertainty

WHEN Diarmuid Connolly wrestled possession off Ciaran Kilkenny on the Hogan Stand sideline in the dying moments of the first All-Ireland final, John O’Mahony allowed his mind drift back to another day.

As it happens, that was also the last time two teams had finished level on the biggest date in the Gaelic football calendar, when O’Mahony’s Galway drew with Paidi O’Se’s Kerry, a day when they came from behind yet felt as though they left something behind.

Having drawn level towards the end of that 2000 All-Ireland final, opportunity knocked for Galway three times: and each time they missed.

So did Connolly. In a moment which could potentially haunt him forever, he opted for glory rather than containment. And missed. Thirty seconds later Cillian O’Connor scored and Mayo had a draw that their performance and mentality deserved, leaving Connolly with a fortnight of contemplation.

And that was why O’Mahony spoke so deliberately about the incident last week. Having experienced the kind of emotions Connolly and Jim Gavin will be going through, he thought back to what he said to Ja Fallon and Sean og de Paor in the aftermath of their drawn game 16 years ago.

"The really important thing for us, and it's the same for Dublin and Mayo now, is that we didn't beat ourselves up or criticise the players for chances that weren't taken," O'Mahony said.

"We had chances, had the momentum but we didn't take them and had to acknowledge that in our analysis between the games. But it was never held up as a negative.

"It's very similar to the psychology of the Connolly miss. It's very easy to look back on that and make a judgement that he should have just let Dublin run down the clock.

"But what you have with great players like Diarmuid Connolly, and it was the very same with the three guys in our case, is this sort of inner confidence that they're going to score. 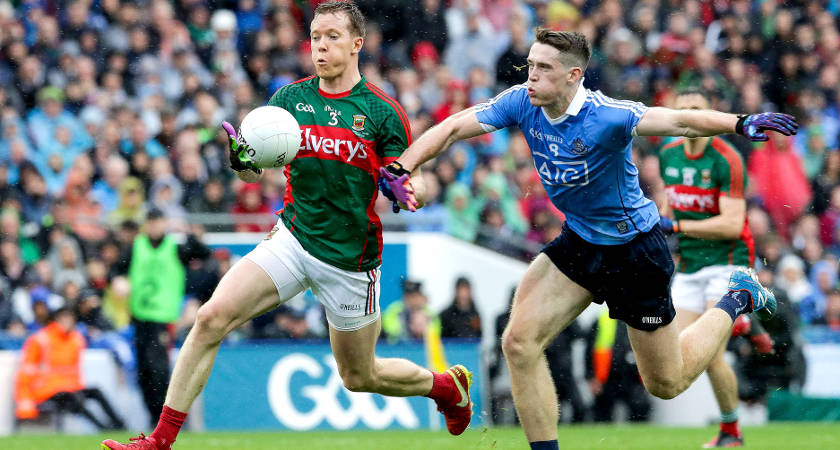 Dublin's Brian Fenton with Donal Vaughan of Mayo [©INPHO/Morgan Treacy]
"So we had that very same situation ourselves and I was careful to deal with it in the appropriate way because the last thing you want to do is get inside the heads of fellas and start sewing doubt there."

Not that doubt would be Dublin’s preserve in any case. Mayo, too, must be wondering why Aidan O’Shea – their talisman – underperformed. And why Dublin created, and scored, two goals – albeit with some considerable help from Kevin McLoughlin and Colm Boyle - whereas Mayo struggled to even engineer a goal opening.

Yet if they’re worried, Mayo manager Stephen Rochford is doing a good job pretending not to be.

“Aidan knows his role for us,” Rochford said. “And we are not going to provide his job spec to our opponents to be able to run an analysis over it. The reality on this is that we are always looking for bigger performances and Aidan has given us a lot of good ones down through the years.

So while he may not have hit his A-game the last day, I have certainly not gone back through the tape to analyse Aidan. In time, we will look at what came off our full-forward line, and what Aidan’s role was in that. However, the fact is we got a lot of good things off Aidan.”

In truth, there was good in almost everyone wearing green and red. Rochford, and his backroom team, had astutely studied the form and picked specific jobs for specific players – getting pretty much all of them right.

Tactically, too, they played with a stunning mix of spontaneity and premeditation. In defence, they hustled and harried Dublin's players. At Stephen Cluxton’s kick-outs, they came up with a system and stuck to it.

Mentally, they ignored the freakishness of those two own goals and bounced back from a five-point half-time deficit, before recovering once again in injury-time.

If nothing else, they should approach the replay with a sense of belief. "Before the drawn game we were all working off the evidence of the season up to that point and Dublin had obviously given us more reasons to believe they'd win," O’Mahony said.

"But when two teams draw the whole dynamic changes. Now they're as good as each other, they've just proven it. So that puts Mayo very much in the mix for the replay.

"One of the main reasons they were written off so much was losing to Galway but the evidence from last weekend is that they're a stronger team now as a result of the challenges they've overcome."

Yet even though they have strengthened, Rochford still believes they are only at 70 per cent of the level they can get to. 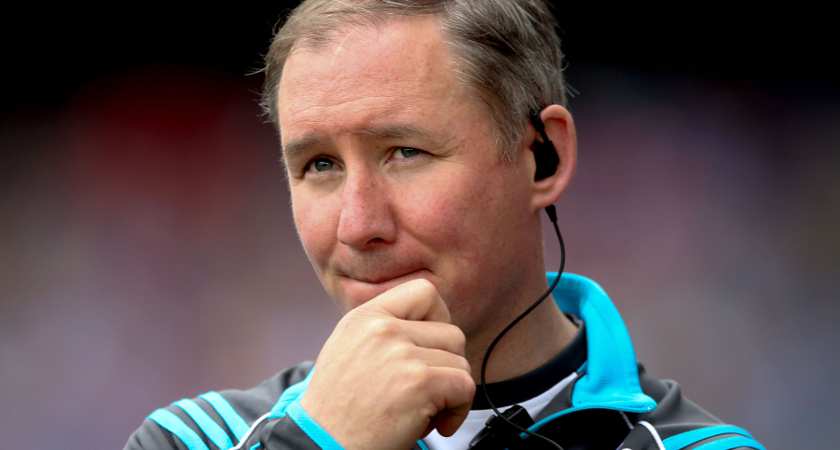 Dublin boss Jim Gavin has a lot of thinking to do [Picture: Inpho]
But O’Mahony believes, from bitter experience – Gavin will be calling his players out.

"When you lose a replay like we did in 2000, you question everything," O'Mahony said. "There was a pretty strong resolve there though and we got our county board afterwards to give the players a holiday, 10 days in Cape Town.

"I knew myself coming back from that trip, from being around the lads, that we had a really good chance of turning things around in 2001.

"It was a rocky road in 2001 and our run was actually very similar to Mayo this year, losing in Connacht, but we got there in the end and maybe Mayo can draw some inspiration from that.

“My view,” the former Leitrim, Galway and Mayo manager, added, “is that Jim Gavin has more of the selection issues than Stephen.

"The challenge for Jim is to get his best 15 on the field and use all his options correctly. I'd actually say it's the most difficult team that he'll have ever picked. He has to go with a team that's going to get them back to performing the way they were doing before the final because they were rattled in that game, big time."

Will they be rattled again on Saturday? You'd imagine so. Yet that does not mean they’ll lose.

The only certainty about this replay is the uncertainty.