Eamon Dunphy: 'Being an Irishman living in England in the ’70s wasn’t hard'

WE’VE reached autumn in the year of 2013 and the life of Eamon Dunphy.

He should be winding down now but there’s a fire still burning and a box-office attraction in someone whose reinvention as a pundit brought him the kind of wealth and fame he never dreamt of achieving as a player.

He knows he’s part of a big game, where heroes have to be celebrated and villains pilloried.

Beyond the cartoonish behaviour, though, lies an old-fashioned gentleman whose ability to laugh at himself is endearingly engaging.

However, it is what he says about others that sets him apart, that willingness to kill a sacred cow.

“Trapattoni,” he tells you, “insulted this nation. He put us through a nightmare with the football his team played. It was stone-age sport, a desperate experience and if you care about the game, and the country, as I do, you have to stand up for what is right. You have to question why we had to watch a perverse version of soccer and you fear for the harm his reign has done for the Irish game.”

That was largely why we were here, at the headquarters of the South Dublin Schoolboy League in Lucan, listening to a footballing evangelist, John Devine, preach his philosophy.

Like Dunphy, Devine is an idealist, a High Priest of the possession game, a believer that Ireland can become a footballing colony of Brazil.

“John has guts,” says Dunphy. “I’m not going to pretend I’m as in touch with the grass-roots as he is but I’ve a grandson who plays underage football and I go to the games on a Saturday or Sunday morning where there’d be four or five matches on. I’d be standing there as a grandparent and two pitches away I can hear these roars, this vitriolic abuse.

"So I look around to see what the fuss is about and all I can see is, what looks to me, like an Under 8s match, maybe an Under 10s. And there is this eejit, obviously the coach, telling kids to hoof it down the park, to clear their lines.

"And I’m thinking, ‘For God’s sake, leave the child alone. He’s only eight. Who cares if you win at that age?’

“Unfortunately, you have too many coaches chasing the tin-pot glory and when you think about the issues affecting the game in this country, one of them, undoubtedly, was the fact we had a caveman’s philosophy in terms of the Italian manager we paid top dollar for and another problem is that there aren’t enough visionaries like John Devine in the Irish game.” 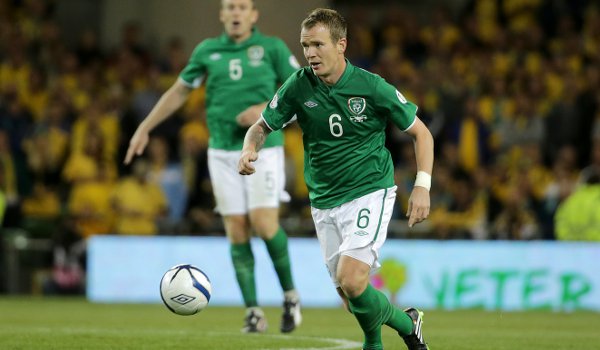 Glenn Whelan has been criticised by Dunphy in the past

Once, long ago, Dunphy was that visionary. He returned home from England with John Giles and promised the earth. Yet all he and Giles could deliver at Shamrock Rovers was the FAI Cup.

Within a few years, the dream was over and so was Dunphy’s career in coaching. At a low ebb, and short of cash, he seized the opportunity to be RTÉ’s pundit at the 1978 World Cup and from there, his new life began.

These days he is a household name — much more so than when he was a journeyman player who scrapped for a living at York, Charlton and Millwall.

“I wasn’t a bad player,” he says, before stopping to laugh. “Actually, I was. I was brutal.”

And the press didn’t shy away from saying so. That’s why he doesn’t hold back in his assessments of the game today, why he tore strips off Glenn Whelan a month ago.

And yet, when you read Dunphy’s seminal book on football, Only A Game, he dedicated the book ‘to the good pro’ — “not to my mum or dad but the good pro, the one who accepts responsibility when the going gets tough, the one who is not necessarily the best player but a trier”.

Look at those words closely and they, essentially, are a pen picture of Whelan. And yet, 37 years after eulogising ‘the good pro’, Dunphy, in a television studio, abused the living embodiment of one.

“I know, I know. I regret it because he is a good player, a good pro. I know he’s a Dublin lad, he has family here but you know, he was in that team for reasons I couldn’t see and I don’t think he will be picked by the new manager. 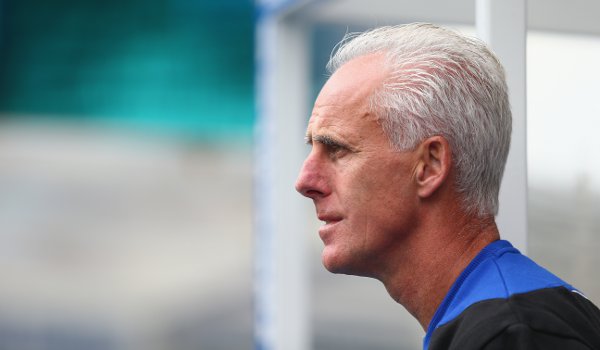 Dunphy would like to see Mick McCarthy replace Giovanni Trapattoni

“Look, I’m a pundit. You have to do it. I’ve taken plenty of stick over the years but I never whinged. I just took it. I mean he does earn enough money to drive a Ferrari, to be a collector of Ferraris. You have to put it in that context.

"I’m sure if I met him he’d be very angry with me but I have a job to do and you know, the money I earn comes from licence players, football lovers, newspaper people, and what they want from an analyst is a genuine and passionate opinion. They don’t want you pussyfooting around.

"I called him a terrible player which is probably… But I was sitting there like everyone else in the stadium looking at this stuff and we’d had it for years, saying, ‘Why is this guy in the team?’

“I’d accept that it was harsh and possibly wrong but that would be a very, very isolated case. There are few players I really, really got stuck into but it goes with the territory.”

These days, leafy south Dublin is his territory. His time is precious. A slot on radio, combined with his columns in The Star and his work on RTÉ make him comfortable whereas once upon a time, he rented a semi-detached house in south-east London.

“Being an Irishman living in England in the ’70s wasn’t hard,” he says, “because I never had any trouble with English people at all. Never. Even when I wore a black armband after Bloody Sunday there was no problem. That was down in the docklands which is very tough and has a National Front element. I found that English people aren’t really big haters of Irish people. They like us.

“What I found, though, was that the London-Irish community there were special. They’d left home to look for a better life and you knew they missed being in Ireland but they didn’t mope. They got on with their lives, retained their sense of identity and stayed proud.”

Another proud second-generation Irishman, Mick McCarthy, is — ironically — the man Dunphy would now like to see replace Trapattoni. Post-Saipan, he couldn’t wait to see the back of him.

“Ah, but times change,” he smiles. “He made a balls of Saipan but he’s grown into a good manager, since. We all get smarter as we get older.”