Eoin Murchan’s goal early in the second half and a point blank save from captain Stephen Cluxton tipped the balance in Dublin’s 1-18 to 0-15 win against Kerry in the All-Ireland SFC replay this evening.

The victory seals the Dubs coveted five-in-a-row at the second attempt after a resolute Kerry denied them two weeks ago.

But Dublin upped the tempo in the second period and scores from the impressive Paul Mannion and Dean Rock down the home straight sealed their place in the history books after Cluxton had denied Stephen O’Brien. 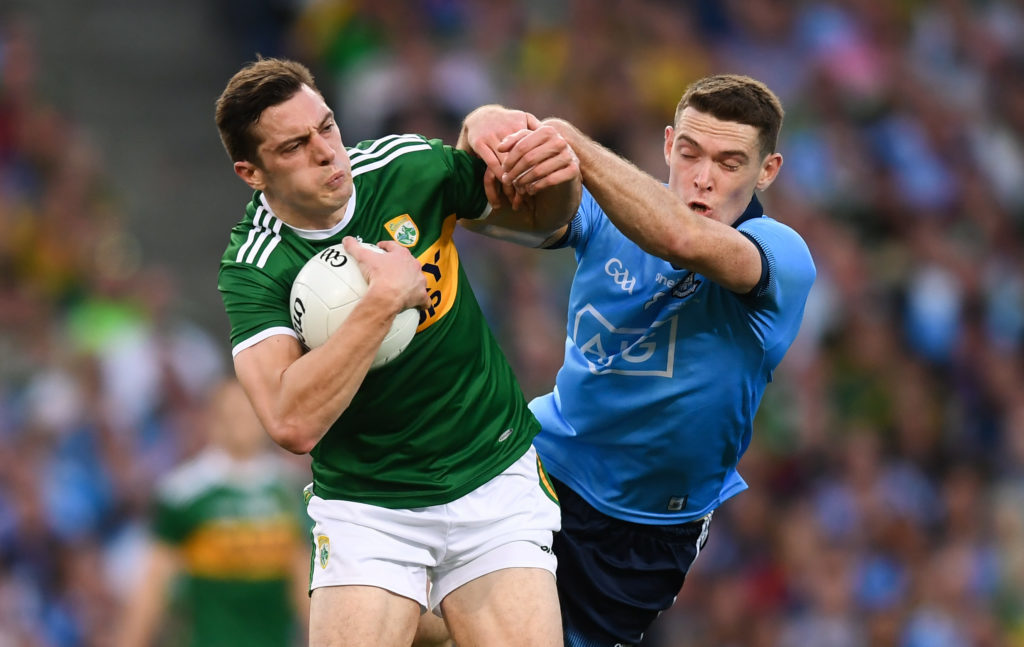 David Moran of Kerry is tackled by Brian Fenton of Dublin during the GAA Football All-Ireland Senior Championship Final Replay between Dublin and Kerry at Croke Park in Dublin. (Photo By Stephen McCarthy/Sportsfile via Getty Images)

Murchan started in place of Michael Dara Macauley and – as if to underline Dublin’s ominous strength in depth – Diarmuid Connolly, Philly McMahon and Kevin McManamon all started on the bench.  Diarmuid O'Connor was a late replacement for Kerry captain Gavin White.

The Dubs made the early running with Con O’Callaghan, Ciaran Kilkenny and Mannion finding the range to put them in the box seat but David Clifford kept the Kingdom in touch with sublime kicking under pressure.

His emergence in the last two years must give Kerry belief that a return to winning All-Ireland finals is not too far away. But not today. Not with Dublin in this sort of form.

Sean O'Shea and Paul Geaney’s points late in the first half would have given many sides the psychological edge but the Dubs stood up to the challenge and Murchan’s surge and composed finish straight after the interval gave them fresh impetus. 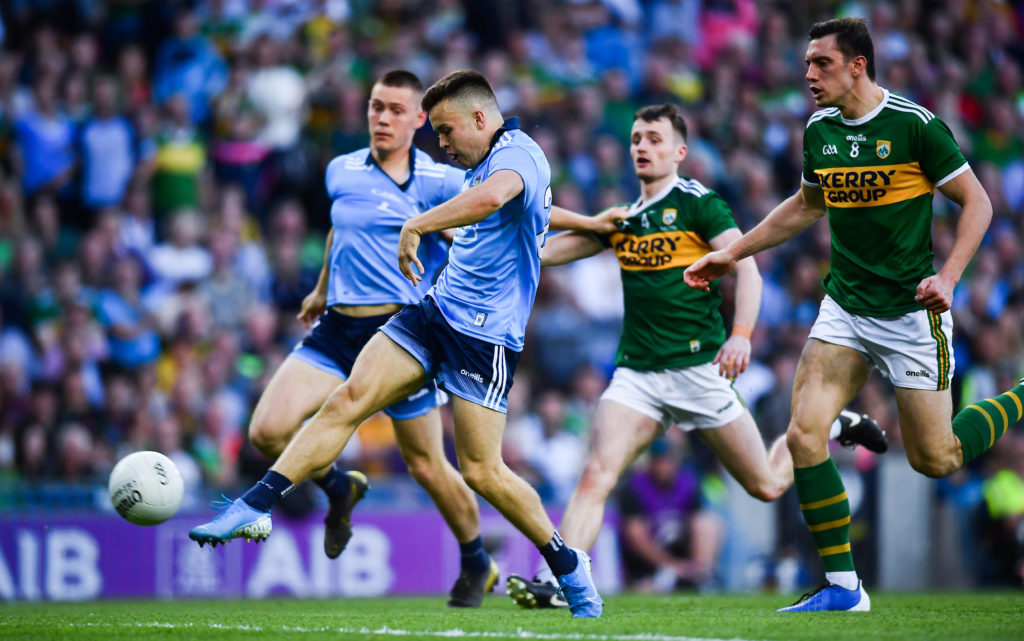 O’Callaghan raced through moments later and a second goal looked to be on but he slammed the ball over the bar to take the point.

Clifford and Geaney responded for the Kingdom, but from that moment on -and when they needed it most –they appeared to lose their composure in front of the posts.

Dublin were less wasteful, with second half substitute Connolly setting up Kilkenny with an inch perfect pass. Mannion tacked on two scores as the Dubs moved through the gears but they had a scare when goalkeeper had to be alert to push away O’Brien’s effort.

Had that gone in, we might have had a different ending.

Dublin manager Jim Gavin was quick to praise the 37 year-old’s continuous drive for improvement after the match. 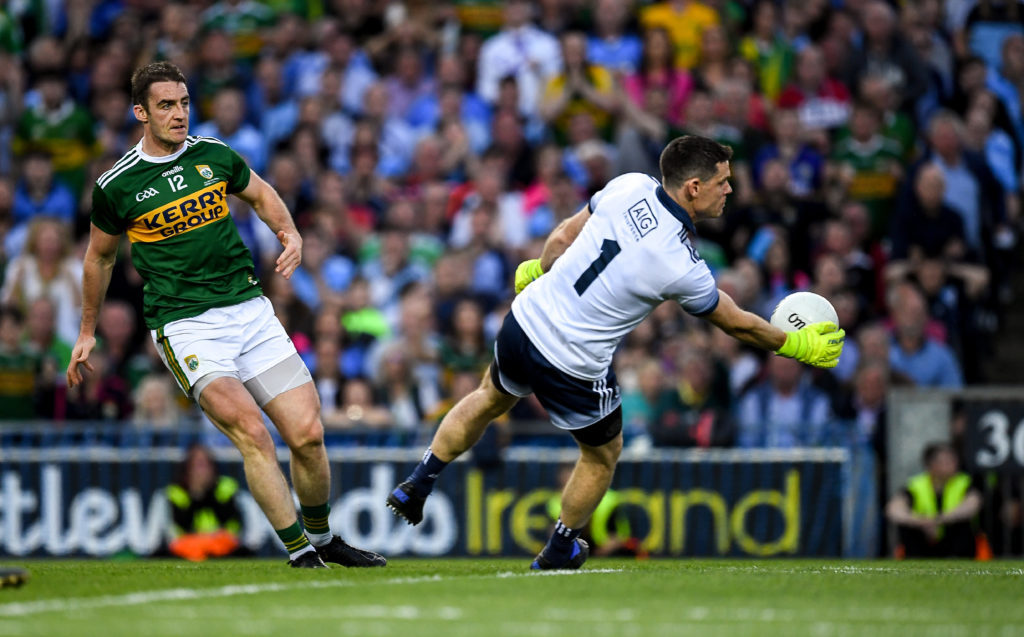 Stephen Cluxton of Dublin saves a shot from Stephen O'Brien of Kerry, in the 54th minute, during the GAA Football All-Ireland Senior Championship Final Replay match between Dublin and Kerry at Croke Park in Dublin. (Photo By Ray McManus/Sportsfile via Getty Images)

"I saw it the day after the replay, him spending two hours on the pitch with Evan Comerford and Michael Shields from Sylvester’s, the goalkeeping coach,” he explained.

“The three of them working on trying to rectify his positioning for Killian Spillane’s goal in the first game.
"So that’s someone who’s dedicated to their craft, and the result of that is what you see in those moments.”

Murchan’s goal swung the game back in the Dubs’ favour after the interval and Gavin wasn’t surprised at his contribution.

He said: "It was a great set-move from the throw-in, really well executed collectively and a nice execution at the end of the move by Eoin. We’ve seen it before from him, so nobody was surprised.

"Surprised maybe we got that space in the opening play, but Eoin did really well. He came into himself today."