IN 2006, Irish journalist Paul Doyle claimed in a column for The Guardian that the Irish football fraternity would object to a united national team because we were “hate-filled fools”.

The publication’s chief football writer condemned the attitude of fans on both sides of the border, claiming Northern Ireland supporters were “bent by bigotry” while the average Republic fan would “rather play football with his own head” than watch an amalgamated side.

A little extreme, it may read now, but a decade ago that sort of perception wouldn’t have been a million miles away from the truth.

How times have changed.

Relaxed attitudes towards each other were probably best demonstrated at Euro 2016 when Republic fans applauded and sang ‘Stand up for the Ulstermen’ out of respect for Darren Rodgers, the Northern Ireland fan who died in a tragic fall when out in France for the tournament last summer.

Taking part in their first major tournament for 30 years allowed Northern Ireland fans to bring their image overhaul to an international audience and, as such, they’re quite rightly viewed in a much fonder light now. 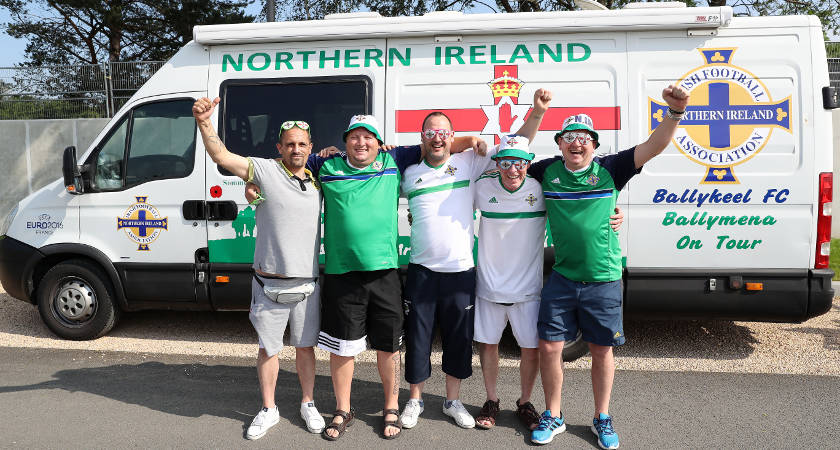 Northern Ireland fans are now as welcoming as any [©INPHO/Presseye/William Cherry]
When both teams are on an upward curve – or when one is significantly outperforming the other – talk of uniting the two sides so the whole island can benefit is inevitable.

Add to that a historic first win for the united Ireland rugby team over the famous All Blacks last weekend, and it begs the question – why don’t we just have an all-Ireland football team too?

After all, the island’s best ever footballer – Northern Ireland's George Best – famously supported the idea, but as ever with Irish politics, it’s not that simple.

To re-cap, the original Irish football governing body is the IFA – the Irish Football Association, founded in 1880 – who have always been based in Belfast and oversaw an all-Ireland team up until 1921, when political turmoil tore the nation in two.

That paved the way for the FAI (Football Association of Ireland) to be formed that same year so that they could base themselves in Dublin, where they could govern the game to their liking in the south, without a perceived bias towards the north.

From there, the two bodies settled on going their own respective ways and remain as they are today, with Ireland’s non-football political unrest in the intervening decades a story best told elsewhere.

The Irish Rugby Football Union (IRFU), who have always been based in Dublin, never had the same problem because of the solid provincial set-up they had in place, allowing Ulster, Connacht, Leinster and Munster to proceed regardless of the change of legislation on the island in 1921.

If a united Ireland football team was to move closer to reality now, the barriers left to be hurdled aren’t sectarian related; it would now come down to football politics.

The benefits are obvious – it would simultaneously create a bigger pool of players for the team manager to choose from whilst also helping to improve relations between the island’s different communities.

It has worked in hockey as well as rugby, with the men’s team having become the first Irish side to qualify for a team sport at the Olympics in Rio this year. 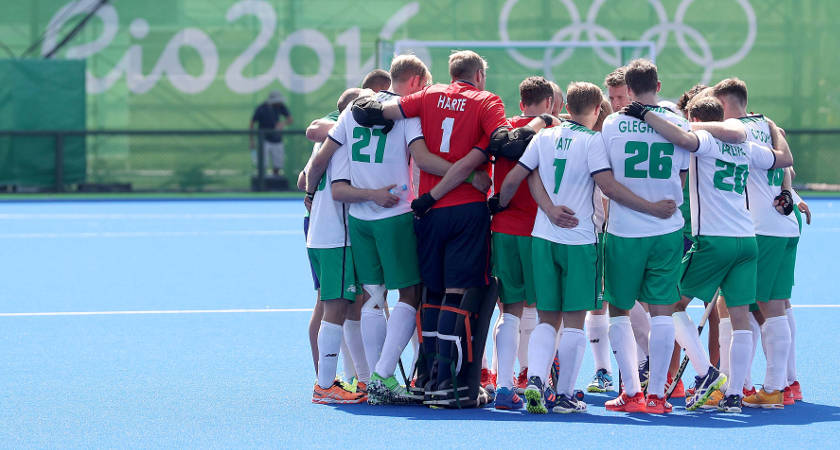 The Ireland men's hockey team team made history in Rio [©INPHO/Dan Sheridan]
But the people who would stand in the way of a football amalgamation would be those in the positions of power at the respective bodies, such as the FAI’s chief executive John Delaney or IFA president David Martin.

There could only be one president, one chief executive, one chairman of any such merge. One suspects John Delaney would not easily give up his job title and healthy salary to please the masses, nor anyone else in a similar position at either association.

Seats on UEFA committees would have to be given up too, while if the IFA were to join the FAI in Dublin they would be losing their status as a founding member of FIFA, a claim to fame they could be forgiven for cherishing.

That’s before you even consider what would become of the respective domestic games.

The remarkable success of Dundalk in Europe this season is a measure of how important it is for Irish clubs to continue plugging away at the continent’s finest in a bid to make a breakthrough.

An association merge may not necessarily allow the League of Ireland (Republic) and Irish League (Northern Ireland) sides to keep their combined number of European qualification places. 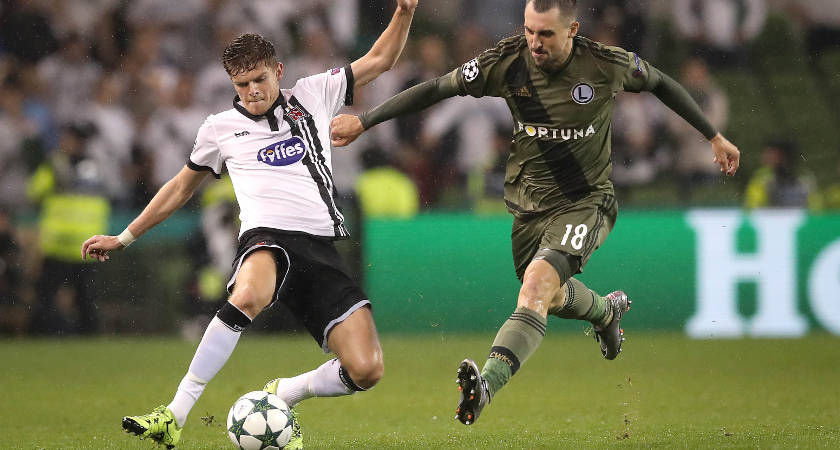 Dundalk have reached unprecedented heights for an Irish club in Europe this year [©INPHO/Ryan Byrne]
A domestic league merge may have to get the go ahead before UEFA/FIFA agreed on the associations joining. Considering the League of Ireland (FAI) play a summer league while the Irish League (IFA) play a regular August-May campaign, that could prove tricky.

It could also open a can of worms for FIFA, should other broken nations decide they’d like to re-unite in a football sense, with greater success in mind.

Had the IFA had a similar structure in place as the IRFU when the Irish War of Independence gained momentum between 1919 and 1921, perhaps we’d have been basking in the glory of a united football nation all these years.

So, you see, it’s not quite as straightforward as forgetting history ever happened and going back to the way we were, but perhaps that’s not a bad thing.

Maybe we should remember that fans of Northern Ireland and Republic of Ireland take great pride in their national teams and savour famous wins like Lawrie Sanchez’s Green and White Army over England in 2005, or Jack Charlton’s Boys in Green against Italy in 1994, to name but a few.