GAA: Only Kerry, Tyrone and Mayo are capable of dethroning the Dubs

FOR MANY, it is over before it has even started. Dublin, unbeaten in a year, losers of just one Championship game out of 18 since Jim Gavin became their manager. They aren’t just shoo-ins to win Leinster but also the All-Ireland. Right?

If you listened to enough people, you’d consider it fact rather than opinion, so much so that the only dissenting voices trying to persuade us to think along different lines are the Dublin players and management.

"We learned a lesson from the 2014 All-Ireland semi-final loss to Donegal,” said Kevin McManamon, their forward.

“Not listening to outside stuff is so important. What works for us is the real 'truth' in the dressing room rather than what the talk is on the outside."

Yet the real truth is that Dublin, right now, are so far ahead of the posse that they are more regularly compared with teams from 40 years ago than their contemporary rivals.

By now, Gavin must be sick of the references to Heffo’s Army, even though they are the ultimate compliment to him and his team. Still, it is the way of the world, that when a side is so dominant in one era, that they will be put up against a side from another time.

“Better than the 70s side,” is Mickey Whelan’s assertion. And he should know. He was a player in that Dublin team that won three All-Irelands out of four and a selector when this team started their journey by capturing Sam in 2011.

Whether they actually are better or not is something no one will ever be able to prove. What can be ascertained, much more easily, though, is that they are so far ahead of the present-day field that if they fall short of their ambition to win a fourth All-Ireland this summer, then they will regard the year as a failure.

Six years have passed since Dublin last lost in the province. And not only are they winning, but they are humiliating teams, inflicting 16-point hammerings on five separate occasions since 2012, winning their three provincial games last year by an average of 19 points.

"They’re blazing a trail but it’s up to the other counties, ourselves included, to focus on what we’re doing and hope we can get better at it," Cian O'Neill, the Kildare manager, said. "Sometimes I feel too many people worry about what Dublin have when really, they should be focused about how they can improve their own shop and house.

"But in each sport everything goes in cycles. People were talking about five-in-a-row with Dublin a couple of years ago before they got caught on the hop by Donegal, so it’s up to every other team to see if they can produce another performance like Donegal did that day.”

However, since that All-Ireland semi-final defeat in 2014, Dublin – quite clearly – have become even stronger. To keep his players on his toes, Gavin hasn’t been afraid to drop men.

Now, everyone is talking about where Dublin’s place in history should go. "I've been playing Gaelic football a long time,” said Sean Cavanagh, “and have never experienced any team have that sort of dominance for a sustained period. Like, in reality, they should be unbeaten in three years. The one Championship game they lost, they had Donegal beaten in the first 10 or 15 minutes of that semi-final and that's the only game they've let themselves down in.

"It's scary how dominant they've been but you can do nothing else but sit back and credit Jim Gavin and what he's been able to do with that group of players, to put together such a strong and powerful running team. 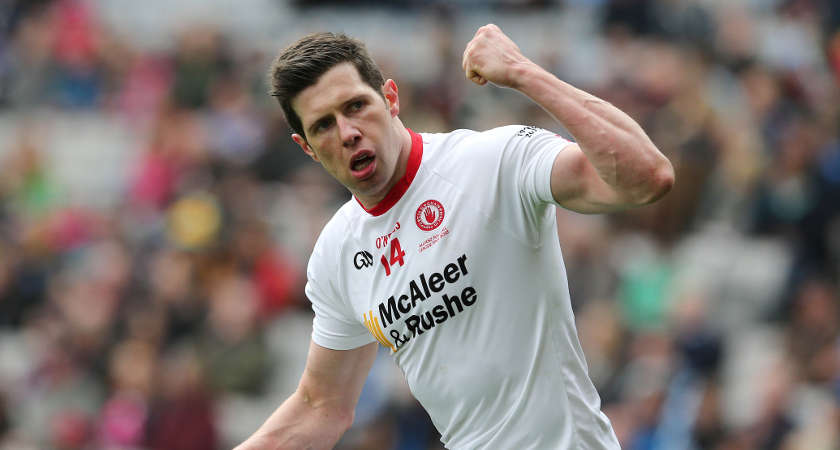 Tyrone veteran Sean Cavanagh [©INPHO/Lorraine O'Sullivan]
"They flood numbers back, too. I saw Bernard Brogan defending as much as Jonny Cooper against Kerry but at the same time they have the power and the pace and the strength to blow teams away at the other end. When you see the Kerry lads out on their feet after 50, 55 minutes, that's where games are won and that's where Dublin are experts at wearing teams down.”

What helps, of course, is that they aren’t just the best team in the country but also the wealthiest, and everyone would like it to be an even playing field.

"Well, there is an onus on Croke Park to have a good serious look at closing the gap between Dublin and the rest,” said Pat Flanagan, the Offaly manager. “Every county board is under pressure and I'd love to be in a position to get a blank cheque and see how I could improve Offaly.

"We are given a budget at the start of the year and let's be honest here – the ones spending the most money are the ones at the top of table. I would pump money into gym equipment, how we train the boys, dietary requirements. Get all those things right and have all that financial backing to pay for it and you're in a better position – players will improve a certain percentage.

"Now, I'm not going to get a blank cheque, but it would be an interesting project," he said.

What will also be interesting is to see how Kerry respond to their league final drubbing, especially as they were up for that game, intent on avenging last year’s All-Ireland final defeat to Dublin when they were bullied off the park.

Over the winter, they have tinkered with their managerial set-up and training methods, have persuaded Kieran Donaghy and Colm Cooper to return to training at an earlier stage than at any stage over the last five years and showed so much fight during their run to the league final, that it seemed as if they would run Dublin close. 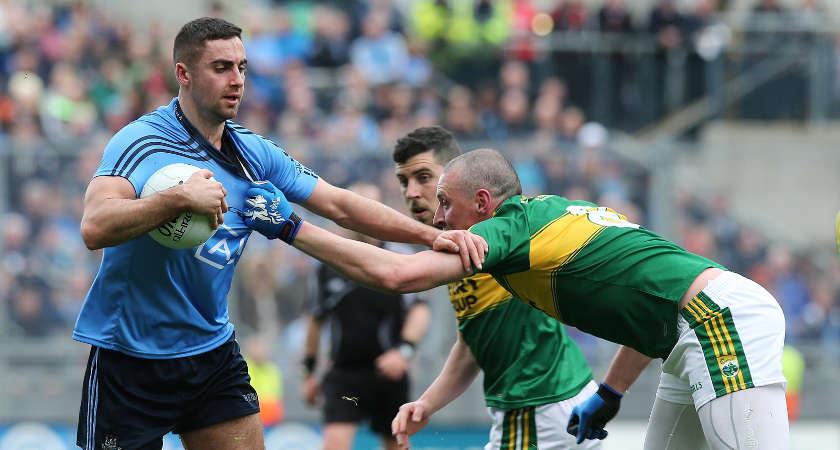 Dublin's James McCarthy and Kieran Donaghy of Kerry clash in the NFL final [©INPHO/Lorraine O'Sullivan]
Nonetheless, no one would bet against them being back in another All-Ireland semi-final with Dublin in August. And nor would anyone discount either Tyrone or Mayo contesting the other semi.

While, on one hand, Mayo’s flirtation with relegation was alarming, the reality is they were missing 18 players for their opening game of the year against Cork and when it was put up to them, they responded; beating Roscommon in a game which reasserted their position as Connacht’s number one side.

Ger Cafferkey’s form at full-back is a major plus while Evan Regan’s return from injury, combined with the presence of Cillian O’Connor, Diarmuid O’Connor and Aidan O’Shea suggests Mayo’s forward line could be one of the most potent in Ireland. When have you ever heard that before?

What we are hearing from Tyrone are words of caution.

"To be honest, I don't know where we are at this stage," Cavanagh said. "I think we had more of an idea last year having actually played Dublin and we got a draw, and then we played Kerry and got a draw so we were thinking we were reasonably well set up to have a go at these guys if we met them later in the Championship. But this year, I’m not so sure.”

He is sure about Dublin, though.

“Absolutely I am,” Cavanagh laughed. “They’ll take some stopping.”