With the weekend’s pre-season competitions heralding the return of inter-county football after the winter break, we look ahead at what promises to be a riveting nine months

THE inter-county season is hampered by insane scheduling and the loss of a squadron of star players — Conor Gormley, that great competitor from Carrickmore, the latest to call time.

Yet for all its problems, it was hard not to feel excitement as pre-season began at the weekend.

There is much to look forward to. Here are five plot lines that will keep us riveted through the nine-month meandering mess.

RETURN OF THE KINGS

The Kerry team might be on holiday, but the possible inclusion of Tommy Walsh makes the Kingdom’s opener the most interesting McGrath Cup game we can think of. In March, Kerry will welcome back Colm Cooper; in May or June, James O’Donoghue.

Scarcely has a county’s fortunes back-flipped with such drama in less than a year. It is almost 12 months since Cooper crumpled in the All-Ireland club semi-final. Kerry had no great forwards coming through. So bleak did the outlook seem that we wrote that they could hope to contend for Sam Maguire only if Walsh was no longer wasted in Sydney.

Sam and Walsh came to them independent of each other. O’Donoghue is a superstar and Cooper is better than either. 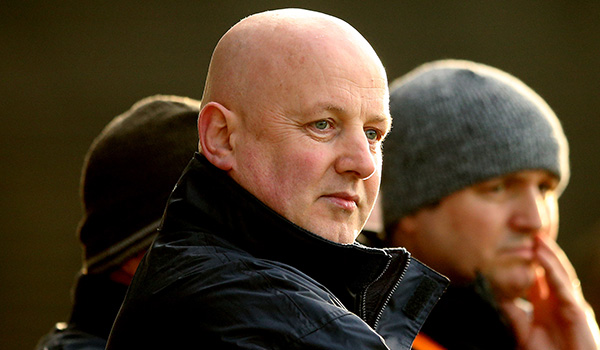 Pat Holmes and Noel Connelly got their Mayo reign off to a winning start - but can they deliver Sam?

LIFE AFTER JAMES AND JIMMY

James Horan and Jimmy McGuinness are gone and what we have lost in force of personality we have regained in novelty.

That particularly applies in Mayo, where there was a freshness to the team sheet on Sunday. Adam Gallagher and Evan Regan and Mark Ronaldson, cast off by Horan at various points, were all on it.

That does not mean Mayo will be better but it does give us new topics to discuss.

If you think we know for sure how Pat Holmes and Noel Connelly will fare with Mayo or Donegal’s fate under Rory Gallagher, you overestimate us.

That has never stopped us giving flippant predictions before; nor will it stop us now.

Mayo’s managers will not deliver the big one. The fact that there are two of them already hints at a loss of the singular sense of vision Horan generated. Moreover, Alan Dillon and Andy Moran will hardly improve at this hour of their career.

Donegal will not win an All-Ireland this year. Jimmy McGuinness must agree, because otherwise, he would have stayed. 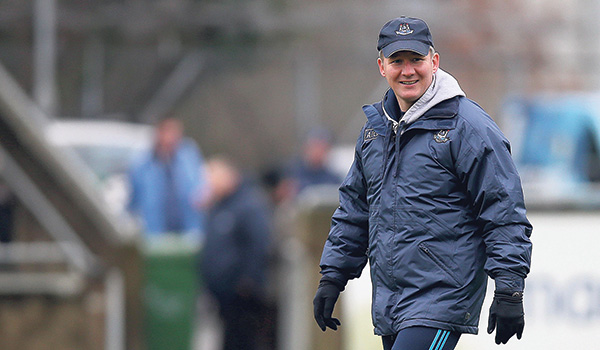 Fickle football — last August 30, Dublin were going to not only win the All-Ireland but do it so comprehensively that the concept of close games in September would be shelved for some time.

By the eve of August 31, they were a deeply flawed side, ignorant of the finer points of modern football, trying to hop checkers while Donegal played chess.

As ever, the truth surely lies between the extremes. A sharper finish from Diarmuid Connolly in that game might have Dublin now hell-bent on being the first three-in-a-row side since Tommy Doyle went up the Hogan Stand steps in 1986.

Instead, whenever Dublin’s season ends, the time between now and then will be filled with insufferable guff about systems.

This ignores the fact that Dublin conceded that triple salvo to Donegal because of downright bad defending. Ball-watching was the most deadly of their sins — no amount of extra defenders will compensate for it.

That is what they must cure, regardless of formation. Jim Gavin will resist calls to tear up their philosophy. Good for him. It has won them a stack of trophies and tinkering with it unduly might only dilute what made Dublin so fearsome in the first place.

Some reports say there were 18 cards shown at the Athletic Grounds on Sunday; some say 19. Easy to lose count, in fairness, and though we reserve the right to tut-tut later in the season, isn’t there something compelling about the bedlam that seems to follow Armagh from field to field these days?

Twice now it has occurred against Tyrone. These two sides are fascinating. Armagh were the most improved team in Ireland last season. Under Kieran McGeeney, they will do anything except compromise. In Tyrone, the latest retirements suggest this might finally be the time when Mickey Harte fashions a new era.

It all recalls the famous rivalry that peaked in 2005. Armagh and Tyrone have far less quality but the vendetta remains. They might meet in an Ulster championship quarter-final. Yes please.

What of the rest then, the dozen or so other counties that fancy themselves as at least sleeping powers? Cork and Galway and Derry have tricked us all too many times, and we will not speak well of them without hard evidence. Cavan have too often stifled their own talent pool with overly defensive football. Kildare and Meath are proud families fallen on hard times, in the shadow of their neighbours.

One side that must feel pressure to produce something meaningful is Roscommon. The season is set up for them. They have young footballers of quality everywhere they look. They at last offered Mayo a contest last summer. They must beat only London and Sligo to earn another crack.

With expectations come consequences: John Evans and his men are out of excuses.