IN 2011, the pack of established and arriving football teams at the top of the grand old sport was thick and hungry.

That year Kerry were, if you’re asking us, the best team in Ireland, and yet Dublin were still standing when the Kingdom somehow stumbled, brought down as much by themselves as Pat Gilroy’s workaholic team.

And when you tried to divine the prospects for 2012 you realised the old firm were far from alone.

Cork, the champions, had themselves been caught on the hop, beset by injury when Mayo beat them, the westerners themselves serving unexpected notice that day that they were a coming force.

There was no reason to think the Rebels could not add to the haul of Celtic crosses they collected in 2010 once they had a full hand and their hangover had abated.

That was not the end of the list. Donegal’s ultra-negative approach would have seen the Dubs off if Colm McFadden had taken his second-half goal chance, and don’t forget that when they beat Kildare it was a shock.

The Lilies had cause for optimism; they were a cruel last-kick point off both the Dubs and Donegal.

Yes, when the haze cleared on 2011, one might reasonably have surmised that 2012 would be a cracker, that those six teams were genuine contenders, that Tyrone or Down or someone else might join them.

Things are different now, as we look back on a 2013 season that was, in effect, a two-horse race, and try to assess from 10 months distance the candidates for the great election of 2014. For how many of those teams can we hand-on-pulse swear will improve next year?

Only two, if you’re asking us. Football in the far south is too strong and the path too clear to think that Kerry or Cork might disappear from view, but if you want to vouch that those two are on an upward trajectory then we’re inclined to argue.

Kerry point to being a kick off equalising with the supposedly imperious Jacks in the last living minutes of their All-Ireland semi-final.

It is true that the Kingdom have some good young players but it is also true that they are lieutenants and that the generals, the match-winners, are not getting any younger.

That point of view always draws the criticism of being too simplistic, but sometimes the simple assessment is the most accurate.

Cork will take the field with none of their old warriors.

There was truth to Colm Parkinson’s smart comment that the Cork forwards can look forward to better ball now that their warrior half-back line must be replaced, but perhaps a more salient point is that the new five, six and seven will hardly have a long enough kick to reach Melbourne, where Ciaran Sheehan will be, and there is as yet no guarantee that Colm O’Neill will be collecting deliveries with quite the same menace and dash as before, much as all football lovers hope that he will. 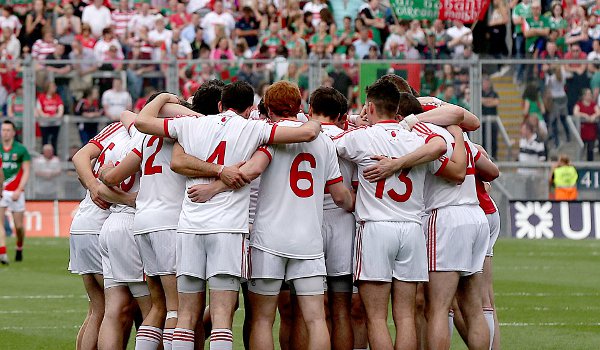 It is hard to see the Rebels, no matter how expansive their play, possessing enough star quality to do what they could do only once when they had a richer collection of talent.

As for Donegal, there was a distinct sense in that surrender to Mayo that we were watching old Donegal, and we’re talking as much about the sloppy indiscipline as the margin of defeat.

It is impossible to know yet whether they will return to the awesome football of 2012 or remain sated by the fact that it happened, and we can only watch for evidence rather than make predictions.

Kildare are worse off than all the rest mentioned, having somehow taken a wrong turn, perhaps around the time that they paid more attention to recruiting players such as Seanie Johnston than retaining players such as James Kavanagh.

The footballers springing up to replace those who have faded might offer a solution if three of them weren’t pursuing professional careers in England or Australia, and while it would not be a surprise to see an initial bounce under Jason Ryan, a county divided has long since reset its sights from Sam Maguire to besting Meath and regaining self-respect against Dublin.

Who else is definitively likely to improve?

Well, Armagh will finally be comfortable in their own skin, Derry are showing signs of reinvigoration. Cavan have enough talent and drive to befit their rich history.

Against Cork, Galway at last looked like they were approaching football with the requisite sincerity. Meath believe in themselves again even if it’s debatable whether they should or not, they will bend the knee to no-one.

None of those teams are anywhere good enough to contend for the big one anytime soon.

That leaves us with Dublin as the only team with every reason for unbounded optimism. The quickest way to sum up their situation is that three of their best young men had stinkers in the All-Ireland final and they still won.

Mayo like to compare themselves to Andy Murray but the brilliant Scot has four cracks at glory every year and suffered more than two final defeats before he triumphed.

Like a pre-Slam-winning Murray, there is a guarantee Mayo will not stop searching for their destination; but there is no guarantee they will arrive.

Our feeling – and again, we must bear in mind that 10 months is an age – is that Tyrone are the only leading team outside of the capital with considerable scope for improvement, given their impressive never-stop attitude this year, the array of good young footballers they are producing, and the presence of the best coach of the era on their bench.

We neutrals must hope they deliver on their promise, that Mayo and Donegal and a couple of others return with renewed vigour, for it would be a shame to be sat here in a year’s time writing that, with the benefit of hindsight, the field of the two-horse race had been halved.