How Ireland's revolutionary women saved Camogie after the Easter Rising

IRISH women have a long history of laying foundations for the success of the fairer sex in sport.

It isn’t overly well documented to date, but Irish ladies were renowned for playing croquet to a high level in the 1840s, while by 1854 they were dominant in the freshly organised sport of archery.

Tennis was also a favourite pastime of Irish women in the 19th Century, with the first ever ladies’ championship held at Fitzwilliam Lawn Tennis Club in Dublin, where Kildare native May Langrishe became the sport’s first ever female national champion in 1879 at the age of just 15.

Indeed, as tennis became more organised in the subsequent years, Tipperary woman Lena Rice went on to be named Wimbledon Champion in 1890 and is credited with inventing the forehand smash, still used by the present day female stars. 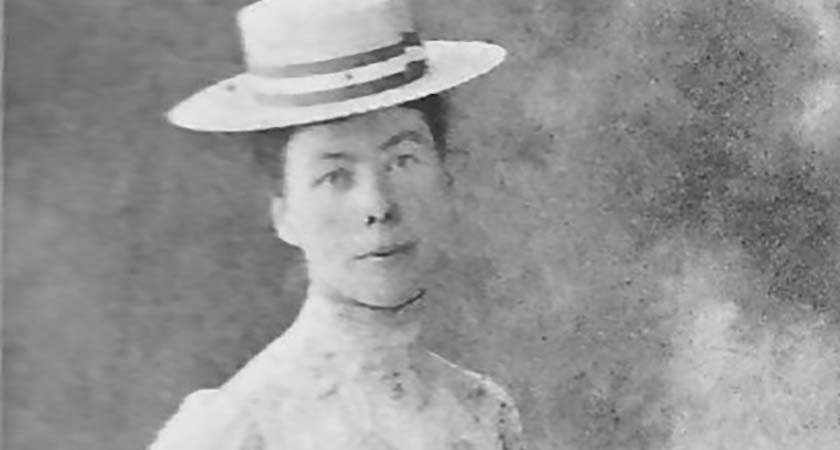 So too was golf popular among Irish women at that time and the Irish Ladies’ Golf Union became the first organisation of its kind anywhere in the world when it was founded in 1893.

Notably, these sports are – or at least were – closely associated with the higher classes in society and only filtered their way through to Ireland via three main sources of inspiration: America, England and mainland Europe.

But for a minority of typical rural Irish women of the second half of the 19th Century, camogie was the alternative, home-grown sport of choice. However, unlike their supposedly higher class compatriots who excelled in other sports, camogie players faced challenge after challenge when trying to grow their game.

It was played for over half a Century before proper rules and regulations were implemented, with many parishes hosting an annual game only for the purposes of entertaining the locals, but it was taken no more seriously than the yearly tug-of-war competition in most parts. 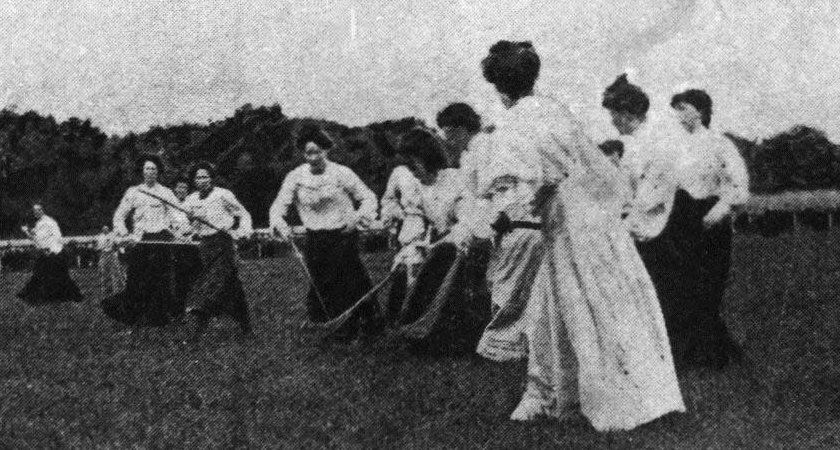 Action shots from a 1924 Ladies Hurling Match at Nenagh [Picture: The Collins Press]

By the time the 20th Century came around, sport was still almost exclusively administrated by males, so camogie players struggled to obtain basic needs, such as the use of playing pitches, which were generally reserved for Gaelic football and hurling.

They also faced social discrimination, with team sports being considered too masculine for women back then, while the image of a camogie player took a long time to form itself due to the expectancy on ladies to appear feminine at all times.

However, the decade of revolution in Ireland served as a turning point for camogie. Irish women of that time were no pushovers; they were suffragettes, fighting for their gender’s cause and equally passionate about their country’s cause.

Keen to distance themselves from the GAA, the independent Camogie Association was formed to foster and grow their sport, and by 1916 the structures were in place for camogie to just about survive, arguably it’s biggest achievement of that decade.

Pictures courtesy of The Collins Press

But after the Easter Rising, camogie enjoyed a boom in participation. Buoyed by the nationalism that swept the nation, women all over the country – with particular hotbeds in Cork, Wexford and Dublin – picked up camogie sticks and displayed their patriotism through their home-grown sport.

Born out of radicalisation, this fresh desire to play their national game was to be the phase in which camogie essentially secured its future, and it was soon to be a sport no longer only played by the rurally housed, with urban clubs subsequently springing up.

With many angered by the imprisonment of their husbands, fathers and brothers in the wake of the Uprising, camogie players began contributing to the ongoing fight for freedom.

In June 1917, a British military statement suggested a ‘camogie contingent’ were responsible for a riot in Cork after they stoned the county jail, breaking windows and rousing a response out of the inmates. 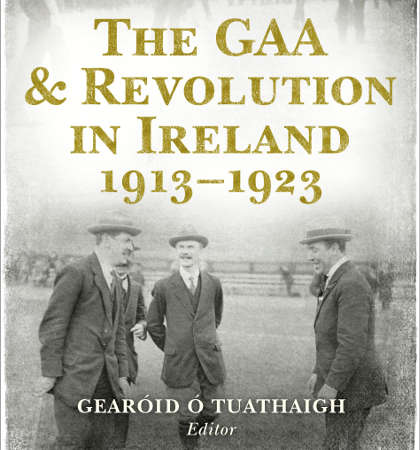 Available from The Collins Press

The fight for freedom and parallel growth of camogie continued into 1918, when Irish republican women's organisation Cumann na mBan organised a camogie tournament to raise funds in Tipperary, after which the Nenagh branch formed a new club.

Such actions from Ireland’s revolutionary women helped earn the respect of their male equivalents, and by 1930 camogie had grown to the point of being considered a second tier sport in the Free State, with inter-county matches on the horizon.

By 1940, the camogie All-Ireland finals were being broadcast live on Raidió Éireann and, at one point, attendances were greater than the average across Europe for female sport.

Upon collecting Tara’s seventh straight senior championship last October, the London camogie club's captain Roisin O’Grady thanked their sponsors – Ryan’s Bar, Cara Personnel and Getjar – saying: “Your support and generosity allow us to play and enjoy our Irish sport when working and living in London and I know that means a lot to all of our girls.”

Indeed, without Ireland’s revolutionary women, the sport would never have made it across the water.