Fresh from his recent tour in Oz, the TV favourite has been going back to his sporting roots ahead of this weekend's historic Ireland v England cricket clash at Lord's.

"Hurling was definitely my sport growing up," he said. "I played all over the place. The big lads usually mark each other so I was usually at in the backline."

And it turns out the Robot Wars star was a dab hand with a hurley and a sliotar.

Watch Dara show off his GAA skills below...

"I actually played at Croke Park with my school, Coláiste Naomh Eoin, and I will always remember us coming from behind to score three late goals to win," he said.

Having only just finished his world tour last month, Ó Briain is already gearing up for the next.

"I will be writing my new tour which is due to kick off in October," he said. "I usually don’t write out my tour material in full but just document key themes so that I have the license to be flexible.

"It’s funny because when the tour DVD is produced they usually transcribe what you say which is awful as it highlights a lot of your grammatical flaws," he joked. 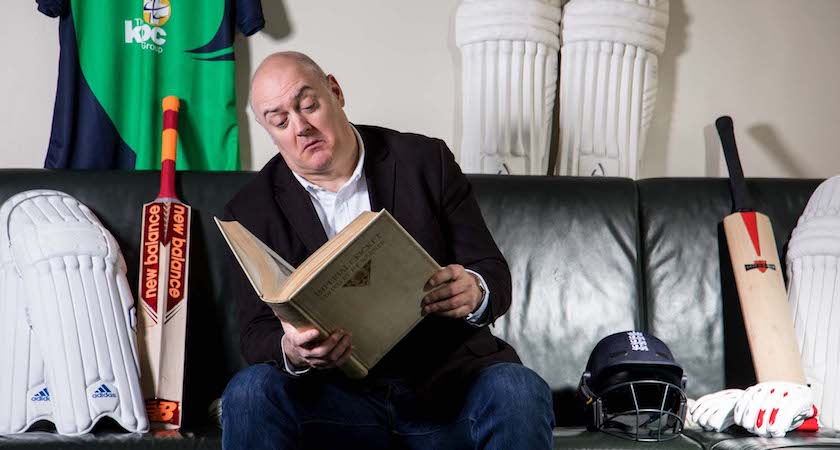 GAA aside, as the face of the upcoming two England v Ireland ODIs in Bristol (May 5) and Lord's (May 7), Ó Briain has been brushing up on his knowledge of the game.

Though that hasn't stopped him from giving it a go in the past.

"I have played a couple of times; once at Andy Parson’s stag weekend and I remember a lot being expected of me because I used to play hurling but I ended up being a bit all over the place," he said.

"Strangely enough the other time I played was in Macedonia when filming Three Men and a Boat where we played a local Croatian cricket team.

"I remember getting two sixes but then ended up getting bowled out. I only really got cricket when I understood that bowlers are the attack and not those batting," he added.

"I quite enjoy not knowing too much about it. The only time I have actually attended a cricket game, I remember the action taking place in the distance whilst we drank pints which couldn’t have suited me more," he joked.

But that won't stop him from rooting for Ireland's cricketers this week.

"I expect England to win the match at Bristol and then come to the second match at Lord’s slightly cocky. At the Home of Cricket I think Ireland will post a huge score and then cleverly declare the game over.

? @daraobriain, the Lord's outfield, hurling and a photographer.

What could possibly go wrong? ? pic.twitter.com/2VLyLELbqW